Stand Out, Get Hired: 3 Unconventional Interview Tips For Job Seekers 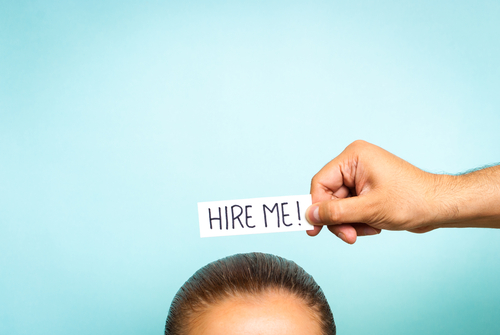 Interviewing well for a job doesn’t take real magic.  But as every recruiter knows, what it really takes is a method.  Knowing that method can make or break your chances of landing your next gig, because too many job seekers forget that if they’re interviewing, they aren’t the only one that employer has lined up as an option.  Most companies have at least five candidates interview for every open position, what recruiters refer to as a “slate.”

Those slates feature candidates who often look more or less the same on paper, with essentially equivalent experience and expertise.  That’s why getting that offer comes down to two essential characteristics: personality and preparation.

The bad news is, you can’t really do much about personality  – except maybe fake it, but that never fools anyone).  The good news, however, is that with the right preparation, job seekers can stand out from the rest of the slate and overtake the competition when it comes to getting an offer.

Sure, we’ve all heard the conventional wisdom about how to approach an interview.  You know those old cliches from countless career coaches, career advice columns and plain common sense: practice by role playing in a mirror or with a coach; research the company to learn about their business culture and bottom line; show up on time (or even a few minutes early); dress professionally to create a good impression; always send a thank you note.

Those interview tips are all accurate, of course, but the problem about conventional wisdom (and conventions) is that everyone else on that slate is fundamentally approaching the interview by preparing the same way – and that means often, no one really stands out.  This means that interviews often don’t help candidates get jobs, since they merely reinforce what’s already on your resume – they really serve to screen people out.

3 Interview Tips for Standing Out From the Chorus Line

But there are some unconventional, little known secrets that can turn the interview from candidate confirmation bias into a competitive advantage that can give job seekers the edge over the competition vying for the same position.

Career Builder, one of the largest online employment websites, commissioned a national survey in 2013 of hiring managers and human resource professionals asking about the best colors for job seekers to wear to interviews.

Survey participants said conservative colors like black, blue, gray, and brown all conveyed beneficial business attributes such as leadership, being a team player, being logical, and being dependable, respectively. Red conveyed power. Other colors like green, yellow, and orange conveyed a sense of creativity.

Match your interview outfit to the type of job you are interviewing for to show that you are a good fit. Jobs in more conservative industries like accounting and insurance call for colors like gray or brown. Management jobs call for black or red. And if you are trying to get a position in a creative industry, other colors like those mentioned above tell your interviewer you are the right candidate for the job.

Science Daily reports that first impressions matter more than the facts that follow.  A study conducted by the University of California Berkeley Haas School of Business found that people consistently choose options that are presented first. The study included experiments in which participants were asked to report their preferences of multiple offerings, and the findings were that first options were consistently preferred or perceived as better.

Being the first interview of the day or week will give you an advantage over other candidates. The authors suggest that first encounters have benefits across a wide variety of settings including sales and marketing. In job search, you’re marketing your skills and experience, which may be similar to many other candidates. Why not get the “first is best” advantage with an early interview?

Perception is important. When you’re up against a room full of qualified candidates with the same or similar skills and experience, the appearance of being better dressed, more professional, or smarter can mean the difference between going home or going to work.

The Telegraph cites research by the British College of Optometrists that found that British adults think glasses make people look professional and more intelligent. Almost half of those studied said they’d wear glasses with clear lenses, placebo glasses, to improve their chances of getting a job.

Although doctors like Lancaster University Professor of Organisational Psychology’s Cary Cooper say this perception of glasses indicating intelligence is based on an old stereotype that poor eyesight is due to reading a lot, it’s the perception of intelligence that has an influence on people.

While you’re putting on those placebo glasses to look smarter for your interview, you might want to wear shoes that make you look taller too. A study of data from the Household, Income and Labour Dynamics in Australia found that taller people earn more money. So it might be worth suffering those stilettos during that interview to score the job that might change your quality of life and your overall career prospects.  No pressure or anything.

Besides, if you’re not particularly tall, have 20/20 vision, have the hygiene of a hobo and are completely color blind, you might not get that job, but don’t worry.  You can always become a blogger.

Trust me on this one.