The not-so-hidden bias of ageism 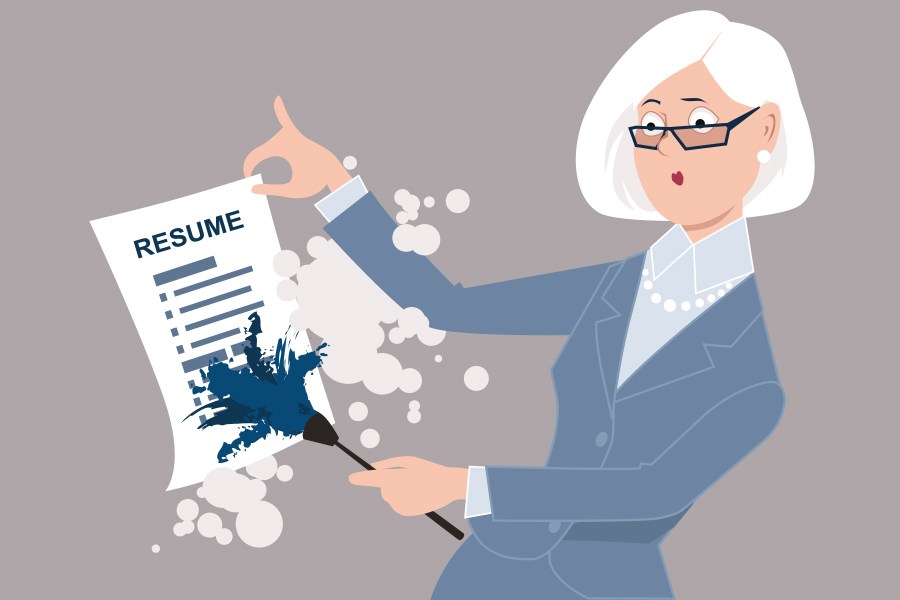 I was recently at Talent 42 up in Seattle.  It’s a small conference for tech recruiters and sourcers and it is packed full of information; it never disappoints.

Think about some of your favorite sci-fi movies and the bigger issues they discuss: Planet of the Apes (aftermath of nuclear war), Star Trek (multiple social issues like racism, sexism, and death) and one of my favorites, Logan’s Run (ageism).

If you have not ever seen the movie let me give you the general plotline.  The world has been cordoned off in biodomes. People are given a crystal in the palm of one of their hands, and it turns different colors to determine age.  When a person turns thirty they go to Carousel, a pageant of people, both men, and women are tossed in the air weightless, spinning round and round until a precision laser blows them up.  The idea is they are going to a heavenly like place then be reborn and start the whole process over and over. To a fifteen-year-old kid this is pretty cool but also I was missing the point.

You see, this was all a farce.

This was really about crowd control and portion control of limited resources. The computer regime wanted to find out why some people were trying to get out of the dome to go to a place called Sanctuary.  These folks did not believe the myth of reincarnation and were willing to find a way to stay alive after 30. I won’t go too much further with the plot but the two main characters Logan and Jessica make it out of the dome, discover the world had healed and the dome was unneeded. In the process find an old man with a great deal of knowledge that was well over thirty and brings him to meet the other inhabitants of the dome to debunk the myth.  End movie.

“Never trust anyone over 30” — Jerry Rubin

In 2007 Mark Zuckerberg was quoted as saying “that old people (you know, over 30), are just well, a little slow.”  Zuckerberg also said, “Young people are just smarter.”

All that knowledge you have obtained over thirty is apparently utterly useless and passing on that knowledge is merely worthless, according to Markie Mark and the ignorant bunch.

No wonder the tech center has been caught up in so many scandals, and so many startups fail in this country. Just because you know how to code does not mean you can run a company. Sometimes the oldest people are, indeed, the wisest.

There was a panel on diversity at the conference and the discussion of people of color, women in tech, etc. was being bantered around yet something that has affected not only me in the past but people I know, even now, are facing.  I decided to ask the panel why age discrimination was not part of the conversation, the audience surprisingly in concert said, oooohhhh and the panel of experts, well HR experts not like my guys Torin Ellis or Chris Fields are, they do this for a living, so.

The answer was the usual litany of corporate buzzwords and shuffled feet with a look of next question, please?

Sometimes at conferences I end up seeing that elephant in the room and say “hey, look out there!!!” Funny how the only people that appreciate it are the ones that can see it yet are afraid to speak up. There needs to be more diversity in tech but how are you going to get there if you keep taking out the people who have the working knowledge and replace them with kids who only have school training.

I don’t think we have a lack of people to fill the jobs and at times it seems that if you are over 40 you are just not wanted and the panel sort of solidified my thinking on this. I mean if you cannot come up with anything or even give it a real shot then there is your problem. I once wrote about an African American woman in her 50’s at a job years ago and wrote this.  Looking back I think her problems were less of a lack of education but her age.

Discrimination due to age is one of the great tragedies of modern life. The desire to work and be useful is what makes life worth living, and to be told your efforts are not needed because you are the wrong age is a crime. — Johnny Ball

Age Discrimination is Not Equal

Finding a New Role – Lost in The New World Order

Thirdly, older workers have more difficulty getting a job. Older workers suffer from the common discrimination that goes on all the time, whether by age, race, or something else: people often hire people who are “like” themselves. Younger workers just think they will be more comfortable working with persons like themselves. But older workers also face a unique set of problems.

Even aside from flat-out age discrimination, there are frequent and more-subtle reasons for employers’ reluctance to hire older workers. For instance, employers realize that the older worker cannot have the long-term career with the company that a younger worker can. Arguably, this is age discrimination. But the employer might not think so, insofar as the decision not to hire the older workers isn’t motivated by a particular animus against older people as a whole. There might be assumptions about the older workers’ attendance because of presumed health problems. Again, this isn’t legal, but people often think these assumptions are fair and sensible to make.

Sorry for the buzz kill post and I wish I had a glowing answer that would lead to puppies and rainbows that will help change this mindset, especially in the tech world of Silicon Valley and technology in general but I don’t have one other than to say demand more from your C-Suite.

Request that you want the people that have soldiered through life and had so much more to offer in intelligence and help lift you up, guiding you through the rough waters of life, and sharing fountains of knowledge about the world they have seen. We are here, we are willing and wanting, we are not ready to be put in a pasture or a home, not yet.

We are here waiting for our Logan’s and Jessica’s of the world.