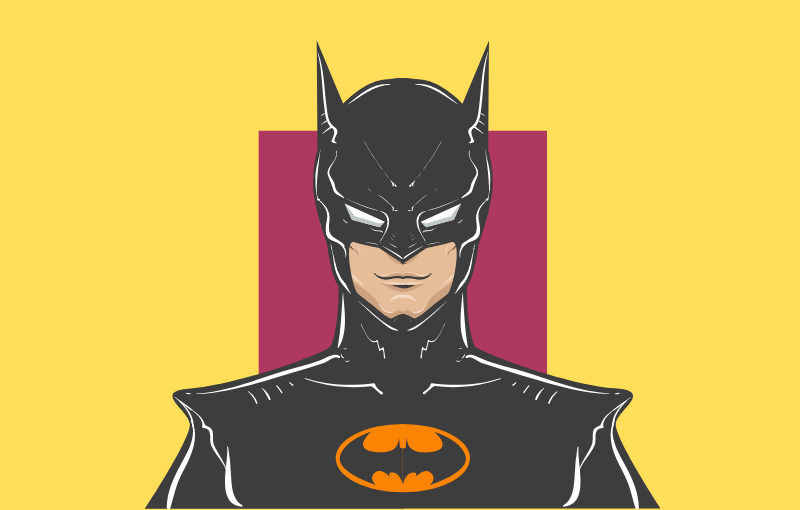 Being Batman for our Customers in a COVID World

Chances are, over the years you have seen the iconic superhero facing certain doom, while fire plumes all around him. The building falling to pieces, one hand clenched onto a lone pole sticking out of the rubble. The other hand holding on to someone, holding true to his promise to not let them down. Then, almost like magic, he grabs something from his bat-belt, pushes this and twists that, and jumps.

That leap of faith, in whatever untested tech marvel, will save him and the person he came to rescue.

Batman was always my favorite superhero because he wasn’t from some far off planet or given some magic ring or irradiated by gamma radiation. He was just an average person who knew how to use the most advanced tech to figure his way out of the craziest problems.

Batman was Agile before the term was all the buzz.

COVID-19 has forced companies to take a look at every aspect of their business in order to adapt to the changes that had to take place. Though many of us have worked virtually for decades, the idea of having entire companies working at home was frightening, as if the office building itself was some kind of cell wall that held the organism intact. Providing an integral structure so that the organization could be cohesive enough to function as a business.

But COVID showed us the truth. It’s not truly the brick and mortar shell holding the company intact, but rather the technology. 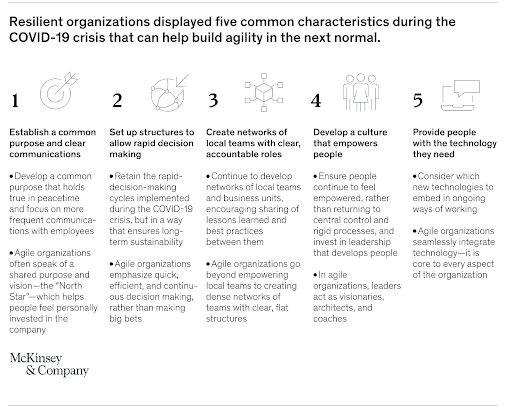 In a recent article published on October 13th by McKinsey and Company, they outline 5 key factors that they have observed to be common amongst their customers who are navigating the COVID world using Agile thinking and transformation to succeed no matter what curveball comes next.

These key factors are:

They are simple really. In looking at them, they are all centered around technology. Clear and open communication is accomplished by having the best video tech and to keep communication channels open.

Rapid decision making is only accomplished competently when technology provides us with real-time data and facts to base those decisions on. Teams are working virtually. So once again, technology is the binding element assuring team coherence and success.

All this when working together truly does empower the people of an organization and it cannot be done without the technology.

Coming from a background of recruitment enablement and talent sourcing, getting sent for the next best bell or whistle has been a challenge throughout my career.   HR budgets have traditionally given a small portion to most organizations’ in-house recruiting functions, making Batmans out of all of us. (Though, more reminiscent of MacGyver using duct tape and string and paperclips to produce world-class results.)

But business is now interwoven with technology and software. You don’t have to be a SaaS company to benefit from dozens of SaaS technologies and cloud computing solutions to help make whatever it is you do easier, more accurate, and more streamlined to get done with more transparent results shared across the organization.

The real evolution from COVID 19 will be embracing technology like our new brick and mortar. See it not as a neat tool to have in the Bat-belt, but as a necessary part of the life of an organization that it couldn’t survive without.

Just like the infinite gadgets in Batman’s belt, there might only be a very occasional, specific use for that tool. But he would have been burned alive had he not had it.

As a 25-year sourcing SME, my job has always been recruitment enablement. Finding the tools out there, I have always had to argue to justify every paperclip in my Bat-Belt.

We are moving to a world where tech tools, cloud-based tech solutions, enterprise platform solutions, and cell phone apps are integral as to how each of us does our job. They are no longer bells and whistles. They are now necessary tools in our belt to be competitive.

The availability of those tools will not only directly affect the ability of a company to perform in the market, but also its ability to grab the attention of and recruit the most gifted and innovative talent in the marketplace.

After all, who would respond to an ad for Batman if it said:

“Wanted, athletic, quick to HIS/HER feet, quick to heal superhero wanted.  Must be able to stitch own wounds and develop their own agile solutions to problems brought on by the most notorious supervision(s).  Experience with the building of own gadgets required- raw materials not provided. As a superhero, you will be accountable for the arrest and detainment of the most dangerous people in the city.  This a contract/ as needed opening with per project compensation and no healthcare benefits.”

If companies truly want to hire the “Bruce Waynes” of the Tech world, they have to be ready to give these innovators all the tools in the tool bat-belt which make Batman a Superhero.

As Recruiters and Sourcers who look for the Bruce Waynes of the world every day, we have to make sure our Bat-Belts are filled too.

Steve Rawlings has over 25 years in all aspects of Talent and how it impacts the bottom line of companies and directly created their success. Coming into the industry as a Researcher for a Retained Search Consultant, he was trained in traditional library research, cold calling, and relationship building. Combined with industry-specific tech resources, Steve quickly became the go-to person for creating drip campaigns and long term courting relationships with hard to recruit top performers. Steve successfully launched a year-long drip campaign which resulted in the top-performing Mortgage officer and his entire team at Washington Mutual moving to SunTrust Mortgage, producing over $300 Million in annual revenue. Steve was later asked to duplicate this effort and effectively built the sourcing function for the entire division. After the mortgage market adjustment, Steve has consulted over 20 financial services, Fin-Tech, and smaller software startups, counseling them on building in-house talent sourcing teams while reducing their dependence on outside firms. As organizations continue to change the way they look at Talent, Steve is at the forefront of designing agile talent solutions beyond recruiting and finding new and innovative ways to find and attract niche individuals for his clients. Most recently Steve has been working with several tech companies and coaching them to adjust to the virtual talent force, of which Steve has been a part of for 20 of his 25-year career.  A true champion of inclusion and diversity, he and his husband live in a log cabin in rural western New York state and volunteer as First Responders for the National Ski Patrol and have jointly founded a non-profit venture to retrain and retool people who live in rural poverty to be able to get virtual jobs in this post-COVID talent word. He is a firm believer that Talent comes first- and that it always has.