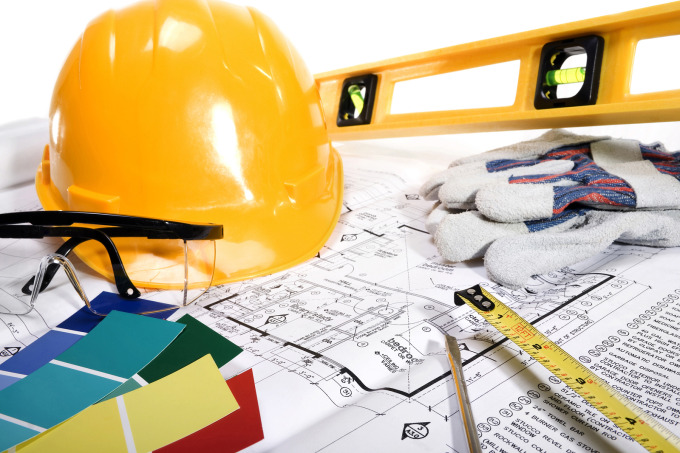 I knew I could do it.  Come on, I thought to myself; how hard could it be to repair that old, leaky, beaten up faucet in our kitchen? After all, I had redone the entire guest bedroom – a much larger project – and my handyman skills stood up to the test. In fact, it turned out great – I even installed entirely new faucets and plumbing. So, I was feeling A-OK about my DIY skills.

Buoyed with this confidence and filled with a sense of enthusiasm at yet another project, I took a trip to the fixture store – and yes, that’s a real thing; they have stores dedicated to nothing but the accoutrements of the art of plumbing – and dropped around $500 for a pretty nice faucet cartridge (which is basically a single unit that includes the faucet, handles, sprayer and everything else you need to have a sink up and running).

As I handed over my credit card, I thought to myself that, while it was a nice enough faucet, dropping five bills on something that had maybe twenty bucks worth of parts and about $25 worth of workmanship made me think that maybe I was in the wrong business. While most of my job as a recruiter involves building a pipeline, the margins didn’t seem nearly as good as they’re getting for the literal, not figurative, tools of the trade.

But, I had done my research, like any good recruiter knows to do before actually starting to build that pipeline, and knew that $500 was about the market rate for this class of faucet cartridge. Talk about hosed, right?

But, setting monetary matters aside, I returned home, took out my tools, and went to work on building, literally, the whole kitchen sink.

Four hours later, after I’d successfully cleared out my cabinets, spent hours tinkering with various tools while lying on my back, with only a flashlight and a mirror to see what I was doing, making another trip to one of the big box home improvement stores to pick up a connector I realized I had forgotten at the fixture store, and trying to figure out a list of inscrutable directions that made even Ikea’s seem easy, I had finally fixed the fixture.

Or so I thought.

I called out to my wife triumphantly, imploring her to turn the water back on – and just as my pride peaked, the faucet sprung a leak. As I wiped water off my already sweat soaked face, I hollered “shut it off!” to my wife, who obliged only after a small ocean formed in the middle of our kitchen floor. But, nothing a few towels couldn’t fix, and 20 minutes of tinkering later, I tried it out one more time…and this time, the leak turned into a deluge that seemed like something out of the Book of Noah.I expected to see animals in pairs start lining up to get into the kitchen at any moment. And I was starting to get grumpy.

I determined to fix the problem, wheeling out every tool in my arsenal, from plumbers’ tape to socket wrenches; when the leaking continued, I even started from scratch, uninstalling and then completely redoing the project a second time, just to be sure that I hadn’t made some simple, superficial error along the way. But no matter what I tried, every time I thought I had finally triumphed and had the water turned back on, the leaking continued, and even worse than before.

So I’m in my kitchen, soaking wet, tired, angry, cursing and complaining (by this point, my wife had left me to my own devices). I felt defeated by the faucet, frankly – and desperately started tightening the connectors. I might have overdone it a bit, because the next thing I know, one of them had snapped off. Now, I was even worse than I had started – I had broken the cartridge, and now needed to replace the entire thing. I had thrown 500 bucks and a day of my time literally down the drain.

I returned to the fixture store – where I was becoming a fixture, frankly – and bought another overpriced cartridge. Only this time, rather than break out my tools and start again, I decided that maybe it might be a good move to call my trusty plumber instead. Within 48 hours, he had come to the house, installed the exact same fixture in under an hour (an impressive feat, considering my experience) and charged me under $100 for the house call. The best part was, this time, when we turned on the water, the faucet actually worked – and hasn’t leaked a single drop since. All told, I couldn’t have been happier.

Who You Gonna Call? Trusting Recruiters With Recruiting

In retrospect, I wondered why I fooled myself into thinking that I should even take on the job of repairing my faulty faucet. As I was racking my brain to justify the incredible waste of time and money dedicated to a problem that was so eminently fixable by a plumbing professional, I realized that the guest room project had tricked me into believing that I was capable enough to tackle the kitchen project, too – and realized that were drastic differences between two ostensibly similar projects.

The guest room was completed without deadlines, and no pressure to restore water pressure – after all, no one noticed when the guest room sink wasn’t working, since the rest of the plumbing in the house was working fine – and I could dedicate most of my attention to the job, since my wife and I had not yet had kids and still had the time to devote to such time intensive tasks. But with the kitchen, well, if we wanted to actually prepare food or clean up at all (imperative when you have small children), the project needed to be done, and done right, as quickly as possible. The projects were totally different, but then again, I didn’t even think about the disparity until after the fact.

This, of course, happens in recruiting all the time. And I fell prey to one of the most frustrating fallacies any recruiter encounters when trying to work with a customer or client: ignoring nuanced variability for superficial similarities.

My hiring managers, for instance, rarely account for the fact that some positions are easier to fill than others; they also often forget that building a pipeline of passive candidates without an associated position is a different discipline entirely than the deadlines inherent to just-in-time recruiting. They think that their ability (or mine) to fill one position is somehow indicative of all positions, a dangerous generality for a highly nuanced, highly complex process like talent acquisition.

Everyone thinks that recruiting is easy, and that choosing to do it themselves can’t be that much harder than simply placing a call to a skilled professional – an assumption that almost always goes awry. One thing I constantly remind myself, not to mention my co-workers and clients, is that just because posting jobs and finding candidates isn’t particularly complicated doesn’t mean that actually attracting and hiring the best ones is easy. In fact, far from it. That’s why companies need to carefully consider the opportunity costs and challenges commensurate with every position to properly develop a strategy, instead of simply thinking every search is going to be more or less the same.

They’re not, and without proper planning and careful consideration before the recruiting process even begins, you’re likely to end up with a leak that requires way more resources to fix on the fly than taking the time to actually do it right the first time.

Here are the top 5 takeaways for recruiting that I learned from my kitchen home improvement project – and ones that would have saved me time, money and peace of mind if I had considered them before diving in. Applying these lessons to recruiting should have a similar effect on your ability to close a requisition the right way:

1. Consider the total cost of ownership – including opportunity costs – before making any decisions.

2. Know what you’re really good at, and where you’re better off bringing in a proven professional.

3. Remember that just because you can do something well at one time doesn’t guarantee that you’ll be able to replicate that success in a similar situation – particularly when there are clear differences in timing or workload. Things change – so too should your strategy.

4. Remember that any decision must be weighed against a deadline – and factoring in time constraints is key.

Finally, the most important recruiting takeaway of them all:

5. Just because you can do something absolutely doesn’t mean you should.

I didn’t particularly want to pay a plumber – particularly when there was so much pride on the line, and a part of me that still thinks I should have been able to do the job myself. But part of being a skilled professional is learning when the risks outweigh the rewards, and when the opportunity cost just isn’t worth the resources required.

It’s important to remember when to simply shut up, remove your ego, and call in the real experts. 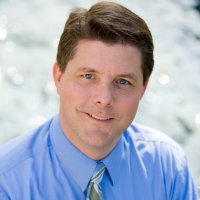 About the Author: Evan Donaldson is the Managing Director for InfoSystems Resources (“ISR”), running the IT practice based out of San Diego, CA. ISR is a division of Highmark Companies, a professional services company providing solutions to public and private sector clients based in Arlington, VA

Evan has worked in the technology placement and project field for over 15 years, primarily focusing on Southern California, helping companies find technical candidates to meet their critical needs, who range from senior level individual contributors through leaders at all levels – including C-level executives.

E-mail Evan at [email protected] or connect with him on LinkedIn.