Membership
Home / Articles / Why Put Candidates Through Hoops, Then Just Say “Thank You For Your Interest”?

Why Put Candidates Through Hoops, Then Just Say “Thank You For Your Interest”? 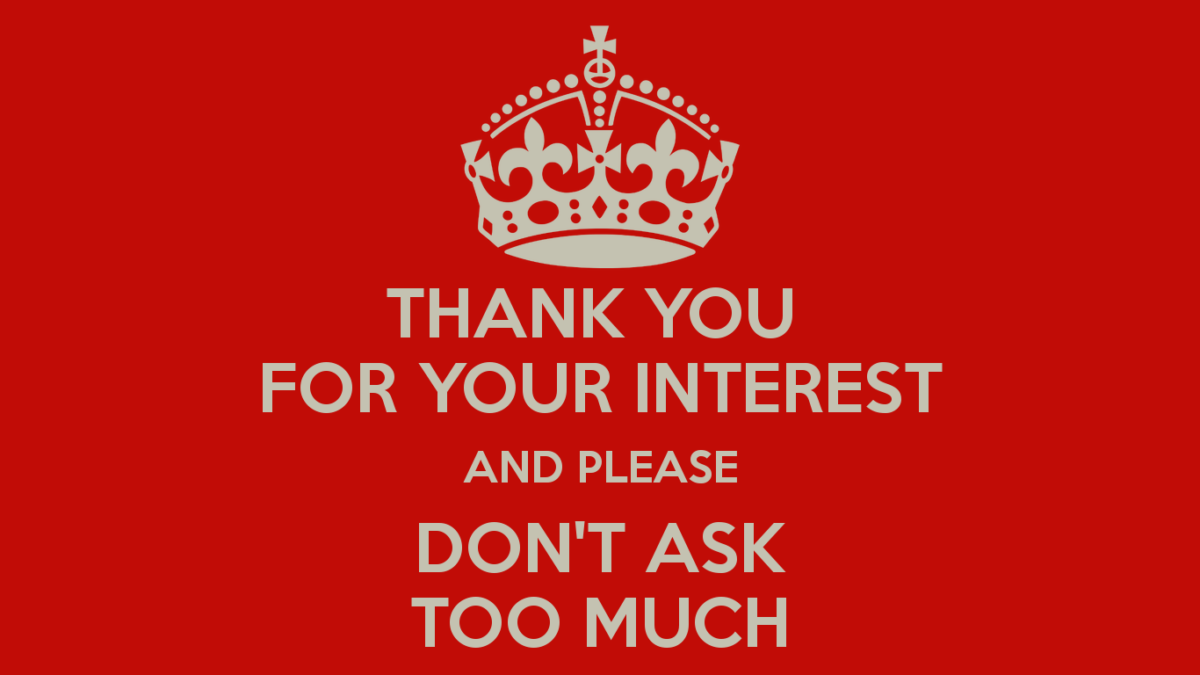 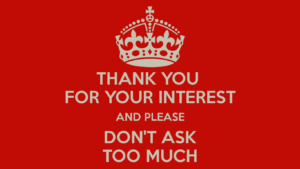 I’m one of the members — one out of 1,000,479, to be exact — of LinkedIn’s Premium Career Group. I recently saw a question/comment with the headline Thank you for your interest email! from a business analyst that should make recruiters and hiring managers sit up and pay attention.

In fact, it’s this kind of insight that should be driving everyone in talent acquisition crazy. Here’s what she said:

I was referred by a former supervisor (and) she told me I would be a great fit for the position. I had a phone interview with the VP of the department. Played the waiting game for a few weeks. They finally called me in for a face to face. I met with 5 people, a VP, two managers, the Account Manager, and HR Mgr. A week later I get a generic rejection email. I thought I really nailed the interview.

Even though they may not respond if I ask for feedback about their rejection, what verbiage would you include?”

The lady who asked this “thank you for your interest” question on LinkedIn got a number of good responses from other group members about how to respond graciously to the generic rejection while asking for more specific feedback. Most of them offered decent advice.

However, ALL of them missed the bigger point and failed to ask the question that jumped out and screamed at me:

You get recommended for a position, pass the phone screening, patiently cool your heels for a few weeks, then come in for what sounds like a grueling day of interviews with no less than 10 people, five of whom are managers, and then they BLOW YOU OFF with a GENERIC REJECTION LETTER?

I don’t know why an organization would do something like this, but it happens a lot because you hear tons of stories like this. Yes, getting a generic “thank you for your interest” email has turned into the ultimate Bad, Ugly Candidate Experience. 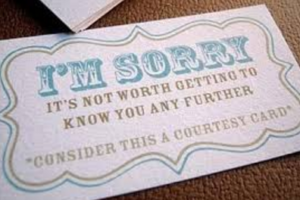 My friend Tim Sackett, who runs a recruiting firm in Michigan and knows a lot about finding the best candidates, has strong opinions about making candidates you ultimately don’t hire jump through so many hoops.

Now, Tim is writing about bringing people back in for multiple rounds of interviews, but his reasoning goes for interviewing like this lady writing on LinkedIn did — with five managers and 10 people total in a single day.

Here’s what he wrote:

More interviews after this point yield negligible additional information, and they actually might be a detriment to your hiring decision. Why? Because here’s what happens happens after you talk about someone for so long — they turn into a piece of crap!

This is normal human and organizational behavior, by the way. We start out talking about all the good qualities and experiences the person has, and how they can help us. We then start searching for hickeys and, no matter what, we will find them! Then we start talking about what’s wrong with the person and before you know it, that great candidate becomes a piece of garbage and not good enough for your organization.”

Tim is on to something here. I’ve seen it a lot of times when it comes to internal candidates for a position who seem to get judged more critically than those you are interviewing from outside the organization.

It’s this: All too often, because you know the internal candidate so well, you get fixated on their shortcomings. You become overly harsh and judgmental on those qualities and you downplay their strengths as well.

Of course, you don’t REALLY know the strengths and weaknesses of the outside candidate to the same degree you do the internal one, so you view them in the same way that some people view ancient cultures — the “Noble Savage Theory” — where what you don’t know much about is viewed as so much better than what you do.

I’ve been in the middle of some of these encounters, and it’s not pretty. It’s when you find yourself arguing for the internal candidate because you know they would do a great job, only to find that managers and executives further up the food chain who are fixated on some superficial qualities that the outside candidate brings to the table.

The end result? Too often it ends with the external applicant getting hired and the internal candidate leaving because they’re miffed at being passed over. And when it really goes bad, the outside candidate flames out within a year or so of getting hired, leaving the company with neither person and worse off in the end.

Thank you for your interest? This is just another version of that.

Responding to “thank you for your interest” emails

Tim Sackett also got into how the person who was interviewed to death but passed over should really be viewed:

They’re not really garbage. They’re still the really good person you initially interviewed. We just let it go too long, and discovered they have opportunities and we don’t want to hire anyone with ‘opportunities’ — we want perfect.

This is what happens after Round 3 (of interviews) in almost every organization I’ve ever witnessed … It might be the biggest misnomer by candidates who feel the longer you go in the interview process, the better the chance of an offer. It’s untrue! If you don’t get an offer after the third round, your percentages of getting an offer fall exponentially every round after!”

This is why asking for feedback from the people you interviewed with almost NEVER yields anything useful.

But back to the member of my LinkedIn’s Premium Career Group. who so desperately wanted feedback to know why she didn’t get hired and simply heard “thank you for you interest” via email despite all the interviews. One of the other group members had some pragmatic advice for her, and here’s what he said about her reaching out and asking for it from the company who turned her down:

Expect the best, plan for the worst. There is no harm in sending a thank you note and asking for feedback, but expect nothing. Then, if they are a one-in-a-million company, you can be pleasantly surprised if you actually hear something back.”

Get rid of the ultimate bad kiss off

Here’s my take: We need to get rid of “thank you for your interest” emails altogether. I know some will say that this is a polite way to respond, but it has become the ultimate bad kiss-off and is now making companies look bad.