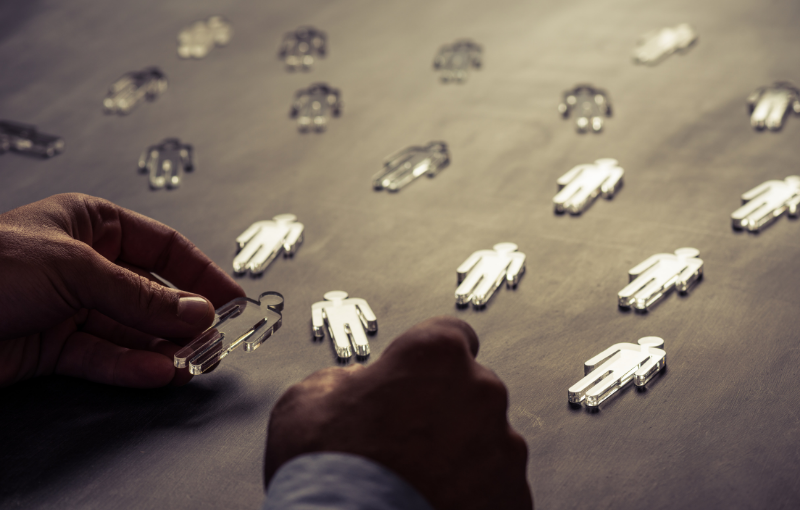 To be human is to be biased. It’s impossible to be unbiased. The best you can hope for is to be aware of (many) of your biases so you can mitigate them.

The reason we have biases is because of how our brain works. We need to make shortcuts. Like seeing a big metal thing coming to us, we have seconds to understand it’s a car and if it hits us, that’s bad. Our automated recognition system in our brain also quickly recognizes an animal as being a cat or a lion and realizing a friend from foe. The problem is with humans it’s not so black and white. It’s used to be when we lived in caves and our tribe had the only people we could genuinely trust, but we’ve evolved. Unfortunately, the algorithm in our brains hasn’t kept up.

In recruitment, our biases can be a big problem. And not just the stereotyping bias we focus most on when we talk about bias. Stereotyping is the bias where we attribute traits to a person based, well any stereotype. Like women are worse programmers than men.

But there are so many. One of the most important in recruitment might just be the just-world hypothesis. This is the reason we believe that a stretch of unemployment is a reason for rejection since if the person was any good, someone would have hired him, right? Or what about the anchoring bias, where the first candidate that applies sets the bar for all others? Or the decoy effect? When you have two different, but equally qualified candidates and a third one applies. That’s similar to one candidate in all aspects but one. All of a sudden the superior candidate to the decoy looks better than the one that was previously considered equal.

And let’s not forget the Dunning Kruger effect. The incompetent are too incompetent to know they are incompetent and hence speak with much confidence. And as we also see confidence as a sign of competence, this could very well interfere with our ability to hire competent people.

But what about the in-group favoritism and the out-group homogeneity bias you ask? Yes, very important as well and potential risks in recruitment, as we tend to favor those that are in our in-group, like those that play the same sports or even have kids the same age. And we tend to see all of the out-group as one because, let’s be honest, all developers are socially inept and all bankers are money-grabbing parasites, right?

The list of potential biases goes on and on and on. So I decided, with the help of Dirk Hulsberg to put them all in one place and make cards of all of them. The most important biases that might interfere with your recruitment and a simple example of how they work.

With this bias cheat sheet, I hope we can all gain a little more insight into our own brain and be more aware of the biases we might have. You can download the entire sheet here.