Membership
Home / Articles / Post Hoc: The Fallacy of Uniqueness in Recruiting and Hiring

Post Hoc: The Fallacy of Uniqueness in Recruiting and Hiring 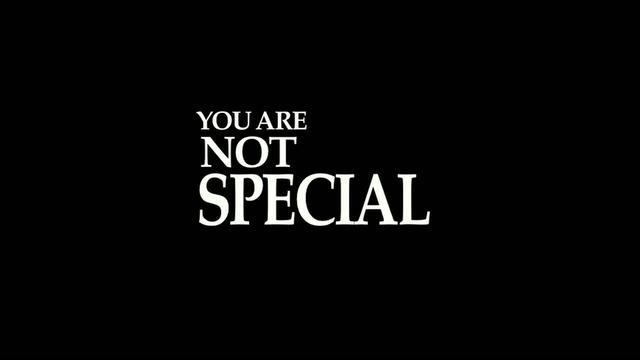 Companies, like people, like to think that they are special. That somehow, for whatever reason, they’re different from every other employer out there. And when it comes to hiring, those dubious distinctions are indubitably detrimental.

All of us, whether we’re talking about individual employees or enterprise employers, need to realize that while we’re obviously all different in some superficial ways, we’re really not all that unique – or at least not as much as most of us would like to think.

But when employers who are nothing special fail to realize that they’re, well, nothing special, then they’re doing themselves a disservice by making it difficult to actually hire candidates who might end up actually making that dream of differentiation a reality.

Social scientists actually have a formal term for individuals who feel that their particular issues or problems are disproportionately different from their actual rate of occurrence in the general population.

This phenomenon, sociologically speaking, is called “the fallacy of uniqueness.” And it’s likely the reason people often fail at emotional intelligence, interpersonal interactions and learning from others’ experiences. It also makes people feel like they have special abilities or exceptional capabilities that are, in fact, pretty passe. In fact, there’s nothing more cliche than thinking that somehow, you’re one of a kind.

Companies obviously suffer from the same fallacy. In fact, because as we all know, it takes employees to create an employer (duh), and the many different people who collectively create companies can compound the problems created by the fallacy of uniqueness.

And that collective can complicate the hiring process, which at most companies, seems to be complicated enough.

Here’s a few ways that the uniqueness fallacy can negatively impact recruiting and hiring:

1. Employers believe that they have more to offer a candidate than an outside observer might believe – and actively act on a belief that’s objectively unbelievable.

2. Employers think candidates need them worse than they need the candidate, even those with in-demand or highly competitive skillsets, leading them to frequently overscreen candidates or holding out for that candidate with the impossible laundry list of extraneous educational and experiential requirements.

3. Employers tend to undervalue candidates’ previous experiences at other employers who, of course, aren’t so special – even if, the fact is, those other companies serve the same industry, market or business function. Experience gained anywhere but the employer is, too often, instantaneously discounted against institutional knowledge.

These three hiring errors are caused by the very human tendency to take a subjective analysis and hold it as objective fact, which, of course, is a fundamental fallacy caused by the fallacy of uniqueness.

So how do you fight human instinct and institutionalized assumptions to overcome the fallacy of uniqueness in recruiting?

The good news is, this problem with uniqueness is so common that there are some proven techniques to solve a challenge that’s anything but insurmountable in recruiting and hiring. Here are some ways employers can minimize these tendencies and maximize their recruiting ROI:

1. The entire company (not to mention everyone involved in the hiring process) needs to be reminded that external candidates don’t necessarily know the full employer value proposition your company has to offer. In fact, just like there’s no completely foolproof way to guarantee that any hire will ultimately be successful, unless they’re converted consultants or contingent workers, there’s no way to guarantee that they’ll be able to fully realize the reality of working at your work until they’ve actually worked there. Which means, most of the time, we’re taking some chance and element of risk on with every hire we make.

2. It helps to review with your internal hiring team exactly what your employment value proposition (EVP), employer brand messaging, company mission, vision and values really are. Careful competitive analysis can also help inform why – or why not – your company has a competitive advantage against any other employer on the market. Know what you have to offer that’s different, but also reinforce the fact that there’s a good chance that the candidate hasn’t been fully closed on how awesome your company is yet, either – and that just because you’re selecting doesn’t mean you can stop selling.

3. Establish a criteria based hiring strategy before interviewing candidates to eliminate personal bias and turn subjectivity into standardization to make the most informed, objective decision possible when comparing candidates. Remind your hiring team that, if you’re backfilling a position, it can’t be an infallibly awesome opportunity, because the incumbent, at least, found something better out there already.

While we try to more or less hire replacements who most closely resemble or replicate predecessors in the position (the successful ones, anyway), it’s important to remember that even our top A players didn’t walk in the door that way. It took years of learning, growth and applied experience to get them to all-star status.

We need to give candidates that same luxury if we ever want to give them the opportunity to succeed. Make sure you know what that minimum threshold might be, and know that this is a long game if you’re making the right hire. A good hire should be able to grow with your company – not just check off all the boxes for a role that happens to be open at that very moment. If candidates meet that criteria, hire them!

4. Every company faces challenges, ambiguity, internal pressures, external competition and unforeseen issues. No one knows the future, and the only constant in any company is change. That’s why it’s important to address the bigger picture and biggest issues with candidates instead of spending so much time sweating the small stuff. No matter where they work, true professionals will be able to translate previous experience at other companies into predictors of future success.

I find it remarkable that so many of us manage to think of ourselves as so unique and special yet fail to give others that same courtesy, whether they’re another individual or another employer. We accept that we have some flaws, but expect perfection in others – even if we know that’s pretty much impossible. No one’s perfect – and I’m pretty sure that anyone who thinks they are already has a pretty obvious flaw.

Good companies need to establish what their dealbreakers and minimum criteria of what’s acceptable in a candidate – because all of them will have some sort of flaw or perceived professional shortcoming – and stick to it.

Make allowances for learning, growth and culture. Don’t be afraid to take chances on people who come to the table with the stuff no company can train – the integrity, work ethic, intellectual curiosity and even likeability – and factors that will turn out to be far more important in the long run.  Because, ultimately, every candidate is a potential future co-worker. You can’t fix a bad person, but you can make the right person succeed in any company if they’ve got the intangibles that actually, in fact, make us a little unique, after all.

Trust me, your company probably isn’t anything special. And the sooner you realize it, the sooner you’ll start making smarter hires – and overcome the fallacy of uniqueness that’s so common in every company. But realizing and acting to preempt the uniqueness fallacy in recruiting? That, in fact, is pretty special.

About the Author: Evan Donaldson is the Managing Director for InfoSystems Resources (“ISR”), running the IT practice based out of San Diego, CA. ISR is a division of Highmark Companies, a professional services company providing solutions to public and private sector clients based in Arlington, VA

Evan has worked in the technology placement and project field for over 15 years, primarily focusing on Southern California, helping companies find technical candidates to meet their critical needs, who range from senior level individual contributors through leaders at all levels – including C-level executives.

E-mail Evan at E[email protected] or connect with him on LinkedIn.