Primary Colors: How To Handle Political Controversy at Work. 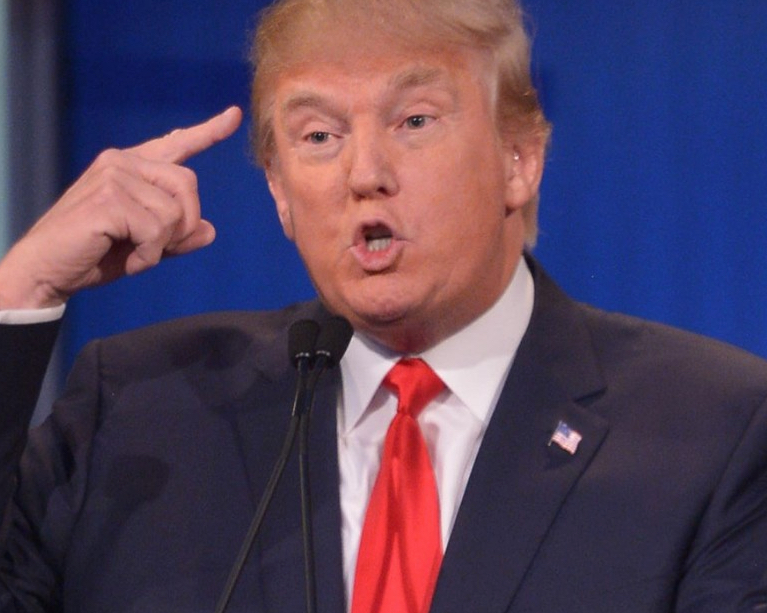 With election year in full swing, you’ve probably already noticed that your social streams and news feeds have become like some weird version of Fox and Friends. It seems like everyone has turned into some sort of partisan pundit these days.

While election day still remains months away, chances are that already ubiquitous, obnoxious and overtly political deluge of diatribes is only going to get worse.

Despite our general apathy about politics, like an Olympic Athlete in some obscure sport, our collective focus gets drawn every 4 years to the race to become the Leader of the Free World – which is one hell of an optimistic job search objective, if you think about it.

This increased interest in politics happens every national election cycle, of course. This year, however, has created the proverbial perfect storm for political debate, through the rise of a certain controversial candidate increasingly looking like a major party’s inevitable nominee, mostly.

Add to this the resulting storylines involving race, religion and immigration, among the hottest of hot button issues, the omnipresence of social media’s megaphone effect and the fact that election news and views are the near exclusive staple of digital, print and broadcast media today, and you’ve got the perfect recipe for creating controversy. Trust me on this one.

Of course, in today’s increasingly interconnected world of work, where the lines between our personal and professional lives are becoming increasingly blurred, these political views often pour over into the office, where such polarizing positions can have a similarly divisive effect on your workforce. Not only that, but with race, class, gender and other protected classes prominently positioned at the forefront of this year’s race (pun unintended), these issues can come uncomfortably close to the compliance line.

As a talent practitioner, it’s imperative for you to stay on top of the controversy these clashing views can often generate at work, minimizing associated risk while also ensuring that political conversations at work remain respectful, appropriate and inclusive of all views and beliefs.

Here are the rules of the road every human capital pro should know when it comes to successfully handling the office politics that inevitably come with politics at the office.

The natural reaction to overhearing or unintentionally getting dragged into a controversial conversation might be to ignore it; HR pros have a habit of choosing flight over fight, as a rule.

But whether that conversation is happening on at the water cooler, the break room or online (including both external social networks to internal collaboration tools like Slack or Yammer), ignoring the problem often only makes it worse, as HR consulting firm Navex Global advised in a recent report:

“Sensational and controversial news stories aren’t going away. Inevitably, these conversations will continue to occur in the workplace. Preparation and quick action are the best defenses against these discussions escalating to out of control.”

Whether the conversation is happening online or in person, over half of employers report to actively practicing some sort of workplace surveillance, including such tactics as e-mail monitoring, taping employee calls and business voicemails and on-site video cameras or audio surveillance.

This creates a potentially significant liability for an employer, as there’s a legal precedent for workplace controversy around contentious political issues leading directly to litigation. That means that there’s a lot of discoverable evidence that could prove an employer negligent or liable in the event of a lawsuit.

While employees might assume that their professional communications are protected under their First Amendment rights to free speech, in fact, this protection does not extend to the workplace for private sector employees.

Particularly in cases where such discussions are disruptive or create what could be construed as an “unsafe work environment” for other employees, HR must be proactive in keeping conversations from crossing the legal line.

This most frequently occurs in situations where disagreements escalate to profanity, direct threats against individuals and unwillingly subjecting other employees to these arguments, which happens when these controversial conversations transpire in public or open work areas.

If any of these situations occur, HR must intervene immediately – or else face the threat of an unresolvable employee relations situation (and sometimes, a subsequent subpoena).

Ignorance isn’t only not bliss in this case, but it’s also a potential liability, too.

While you might personally agree with a coworker’s political viewpoints – and to take their side in a contentious conversation – if you’re a part of the HR function, you’ve got to remain neutral, no matter what your personal beliefs may be.

For talent managers, neutrality is necessary; we’re the professional equivalent of Switzerland, after all.

By remaining outwardly neutral (despite your personal viewpoints), you will be able to remain objective enough to effectively moderate any disagreements while allowing other employees to feel safe and comfortable enough to approach you with any concerns about any uncomfortable conversations or situations they’ve experienced about politics at work.

This enables you to stay informed and ahead of any potential employee relations situations, provides employees a discreet open door and confidential sounding board, both key for maintaining a workplace where all employees feel safe, included and free of political distractions or contentious arguments.

Hey, man. Give peace a chance.

2. Politics Should Happen Outside the Office.

This one should be pretty obvious.

While you can’t fully preempt or prevent political conversations, the safest thing any HR or recruiting practitioner can do is to encourage employees to keep politics out of office politics by limiting their conversations and debate to before or after work.

The separation of personal and professional is a right, right?

Right or left, dragging political debates into the workplace is just plain wrong. Simple solution: keep it out of the office, or make sure employees know they’ll face the consequences associated with too much controversy. And again, trust me on this one – these can be pretty steep sometimes.

To preempt any possibility of political arguments going over the line of acceptability (and legality), consider sending out a company wide communication such as an all hands e-mail to clearly communicate expectations and clarify policies up front so that there are no questions if problems do end up happening.

Ambiguity is asking for trouble, and no human capital leader really wants that. Outline specific topics you consider taboo, rules of engagement and remind them where you, as an employer, draw the line between acceptable behavior and potential HR violation.

Clearly classify where employees can go with complaints, how they’ll be dealt with and what potential punishments will be. This transparency not only limits associated liability, but also, leaves no question as to what the consequences will be for employees who do cross that controversial line.

It’s always better to be safe than sorry when it comes to playing politics at work in HR and recruiting. Because no one wants that particular view of the judiciary, really.

Editor’s Note: Donald Trump is a serial liar, rampant xenophobe, racist, misogynist, birther and bully who has repeatedly pledged to ban all Muslims – 1.6 billion members of an entire religion – from entering the U.S. Hey, I’m not in HR.