Membership
Home / Articles / It’s Nice to Be a Best Place to Work, But Most Recruiters Toil for the Other 90%

It’s Nice to Be a Best Place to Work, But Most Recruiters Toil for the Other 90% 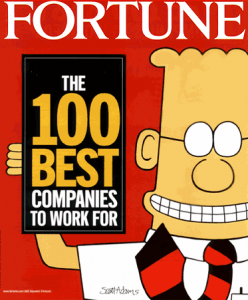 Every recruiter would like to say they are sourcing for a Best Place to Work organization.

It’s a great opening line to most candidates, and a good conversation starter. You know what I’m talking about — it’s the “We have been a best place to work for the past three years” line.

It doesn’t matter if it is the annual Fortune magazine Best Companies to Work For, or a regional “Best Place” list; being able to say you are on one of those lists creates an impression — even when it is not always deserved.

I have worked for two businesses that have made major lists.

One was questionably deserving, and outside of a good PTO policy and the ability to flex from home, it was anything but a Best Place business, although it was also far from the worst. But, we milked our award for a couple of years when recruiting new candidates. It was worth the cost of the application, for sure.

Recruiting when you’re NOT a “Best Place to Work”

But what about the 90 percent of businesses and workplaces that don’t make a “Best Place” list?

A few may be deserving and a few just don’t care. That leaves a lot of organizations in the runner-up category, and maybe, just maybe, at the bottom of the barrel, too. I worked for one organization that could have won a Worst Place to Work award. They also paid very well, so I took comfort and solitude in my pay check every two weeks. 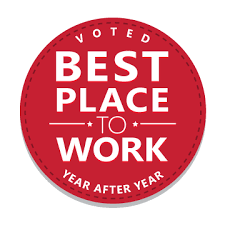 If you’re a recruiting executive, you must compensate when you’re not a “Best Place” and maybe even a “Bad Place” to work. Outwardly, folks don’t always like to admit they work for a bad place. For recruiting teams, there is a balance between being honest and spinning a conversation, and, being totally honest when recruiting for a difficult environment.

Occasionally, a recruiter will just call it as they see it.

I went on an interview a few years back for a head of HR role at a major retailer. The recruiter told me that it was a tough place to work — long hours, highly political, and lots of yellers and screamers. But she also said this: If you can make an impact for the better, you will be a hero.

4 keys for recruiters to focus on

That’s the mark of a smart recruiter, because she was honest AND posed the career opportunity at the same time.

If you’re a recruiter faced with the daunting task of filling positions at a less then “Best Place to Work” organization, here are a few things to lean on as you’re wooing candidates:

Even “Best Places” have their challenges

If you’re an applicant, make sure you do your due diligence and don’t ignore the warning signs.

If you’re a recruiter, make sure you give a balanced picture by pointing out challenges and shortcomings.

Yes, even the very best companies have their issues.

And always remember: most places are not the “Best” — even if they think they are.

Mark Fogel’s background includes almost a decade and a half as CHRO at Leviton Manufacturing, The Marcum Group and The Success Academy charter school network, as well as co-founding Human Capital 3.0, a boutique HR advisory firm. Mark spent his early years at Macy’s and Limited Brands where he moved from Operations to his first roles in Talent Management. Mark has been honored by SHRM nationally as their Human Capital Leader of the Year in 2007, and by HR Executive Magazine as an Honor Roll recipient in 2010 and “Best HR Ideas” in 2012. He has also been a recipient of SHRM’s Innovation in a Down Economy award in 2009, Adelphi University’s Teaching Excellence award in 2013, and named one of Long Island’s 50 most influential business leaders by Long Island Business News. His HR teams have garnished numerous national and local awards for HR innovation, wellness, and employee engagement. Mark speaks regularly at national conferences on topics ranging from E/R to Global HR. He is also an Adjunct Professor at Adelphi’s Graduate School of Business where he gets to give back to the next generation of industry leaders. Connect with him on email, LinkedIn, or on Twitter