Membership
Home / Articles / Don’t Be That Guy: Networking, Social Anxiety and How Not to be a Creeper

Don’t Be That Guy: Networking, Social Anxiety and How Not to be a Creeper 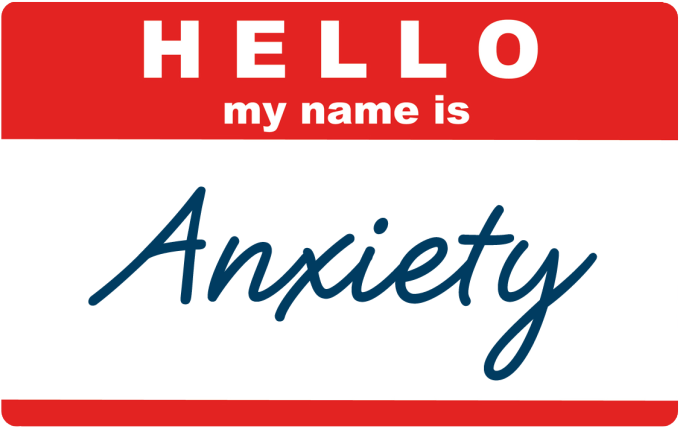 I was recently invited – with somewhat short notice –  to a Women’s Leadership professional networking event here in Chicago. After checking my calendar, I didn’t hesitant to say yes (free food, right?!) and invited a female colleague to join me.

True, it was a women’s event, and I’m a dude, but since I somewhat recently was given ownership of our region’s diversity efforts, it made perfect sense for me to take advantage of the opportunity.

Party of One: Diversity and Exclusion

I’ve always thought that diversity shouldn’t be a specialization, but part of our everyday culture (I read that on Twitter awhile back and adopted it).

The diversity projects I had worked on up until this point in an official capacity had centered on developing relationships with non-profits and other groups over conference calls and webinars. I had also been working to organize outreach efforts specific to sponsorships and career fairs. I felt this would be a natural next step to start getting my name (and face), as well as my company’s diversity efforts, out in my local community.

Anyways. Fast forward to the day of the event. My colleague couldn’t come last minute and I found myself heading out solo. When I looked around the large hotel conference space, I suddenly realized that I was one, out of a crowd of about 300 people, of very few men in attendance.

Alone. A guy. At a woman’s networking event. There’s a name for that: I was a total creeper.

Networking events and conferences can be pretty intimidating, especially when you are alone. I’m 6’5” and have always felt like I stuck out in a crowd (because I do).

The confidence that comes so easily to me via social media and cold calling can still elude me when I am in these environments, watching everyone chat and laugh while I nervously glance around for someone I know (“Can I please find someone I know? Anyone? … Oh! Hi Nancy! …Oh, God”).

OK, I must insist you watch that clip before proceeding. No, really.

I made my way to registration, smiled and gave my name. Graciously accepting a bright pink program and matching name tag, I waded through the crowd to find a seat.

As I sat, waiting for the event to commence, I started thinking:

“After all, it’s no big deal I am here, right? I’m a skinny tall white guy, alone, at a women’s networking event. So what? It’s actually pretty awesome that I’m here; that I care about these things. My boss is woman, yo! And you know what? I’m all for equality. I love my mom. I got this.”

Women, with a Why: Shattering the Glass Ceiling

The keynote started and I focused on the message. At one point the speaker paused and thanked the few males in the audience for attending. I think I blushed when it seemed everyone seated around me glanced my way. I began to relax.

She went on to present many crazy (but sadly not shocking) stats on women in leadership. For example, women make up less than 15 percent of executive officers and less than 17 percent of board members at Fortune 500 companies.

“Fortune 1000 companies with a woman in the top role saw an average return of 103.4 percent over the women’s tenures, compared to an average 69.5 percent return for the S&P 500 stock index over the same periods.”

Seriously? That’s just dumb. But all good things to know. The more information I have to arm myself for conversations with hiring managers and other stakeholders, the better.

Afterwards, people chatted in small groups and headed toward the food and bar. I grabbed my briefcase and jacket and went outside to check messages, as I had very little reception inside (why do hotels always have TERRIBLE reception?).

After returning a call, I started walking toward the train, somewhat automatically. After all, it had been a long day and I was ready to get home. I was starting to think about what was in queue on my DVR: “Oh, yeah! The Good Wife. So good!”

I was stopped by a thought in middle of the crosswalk:

“Nathan, what the #[email protected]% are you doing? You got yourself dressed up (a dress shirt is dressed up for me), sat on the train… You’re down here. The least you can do is to get back in there and network a bit.”

I did an abrupt 180 with the goal of finding the person who invited me and saying thank you, and thought “I’ll just take it from here and see what happens.” After all, I was already the creeper.

What did I have to lose?

Working It: The Net Gains of Networking

Networking can be stressful. That awkward glace at a name tag. Fumbling with your bag and coffee cup to shake hands. Explaining what you do (Oh. What is “sourcing?“). But I’ve found that if I get out of my comfort zone and just dive in, it usually works pretty well. When I consciously stop stressing out about being judged, I actually have a pretty OK time.

After asking two different people where the host was, I finally found and thanked her for the invitation. She ended up introducing me to her coworker, who I got into a pretty great chat with about EOE / ATS stuff, and then found myself talking with another person about career coaching and the HR leadership pool in my market. Not only had I made an effort, but I learned some things I didn’t know.

After about 20 minutes of “mingling,” I was ready to head out. And this time, as I crossed Michigan Avenue toward the train, I felt good about not only attending the program, but also making an effort to get over my own ego and social anxiety and diving in to say hello to some folks.

About the Author: Nathan Vance is a talent acquisition strategist, sourcer, and blogger who believes everyone has the right to follow their passions and have meaningful careers.

Ever since he faced down the washing machine in his Japanese dorm armed only with a pile of laundry and a Kanji dictionary, he’s been tackling tough problems in innovative ways. His nine-year career in Talent Acquisition began at an internet start-up. He has gone on to use his customer-focused approach and marketing savvy to advise major tech, telecommunications, and aerospace & defense companies on how to identify and engage with top talent.

He currently sits on the Programs Committee for the Chicago USBLN and volunteers for The Lakeview Pantry.

Nathan lives in Oak Park, IL with his Boston Terrier, Loomis. Follow Nathan on Twitter at @nathansources or connect with him on LinkedIn.