Listen To Recruiting and Talent Leaders 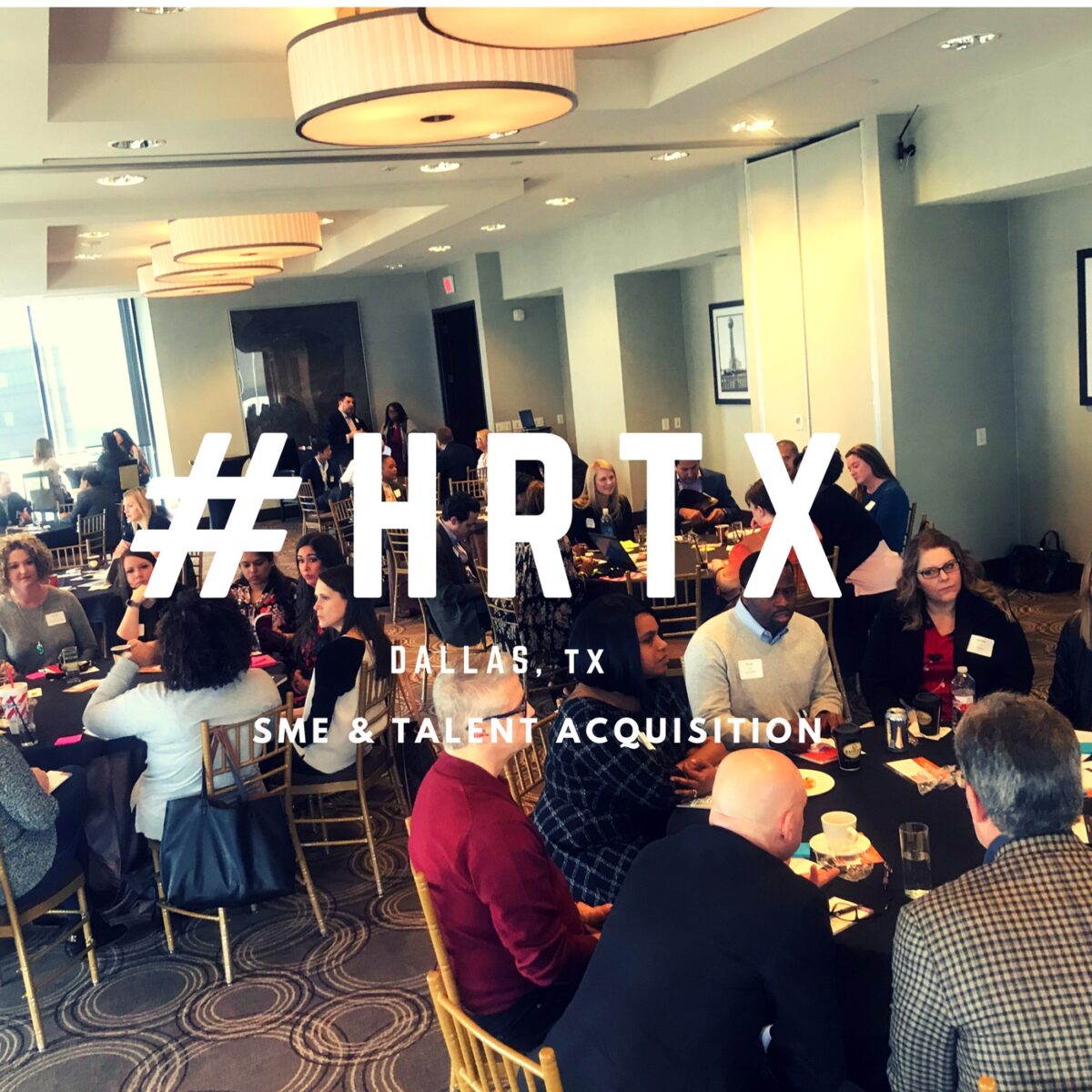 Earlier this month, we got together for one of our HRTX unconference events in downtown Dallas. It was actually among the best-attended ever, so that’s fun — and hey, if you’re in the general New England area, we’re doing one in Boston at the offices of Bullhorn on April 12th.

I initially sat down to write about the thoughts of our subject matter experts (SkillScout, WCN, GR8People, Monster, and RolePoint). While they had some fantastic views on the industry, it ultimately became a little too narrow. So instead, this post is going to recap some of the best “quick hits” regarding quotes or advice from the practitioners at the Dallas event. Glean what you can.

Talent Acquisition Leaders Were Talking About:

The best candidates are not necessarily at career fairs: This came from our university recruiting track, which happens at each HRTX event. Several sourcers noted that frequently, the people you actually want wouldn’t attend the official events, so you need a different way to get at their attention — be it LinkedIn, other job boards, or threads within sites like Reddit.

What are the REAL job requirements? This came up a lot and speaks to the idea of confusion between hiring managers and talent acquisition. Many TA professionals in the room said they’re often presented with 12-18 bullet points with no sense of priority or context. Which of the 12 bullet points matter the most? Which matters the least? They aren’t told that, and they need to be.

Are females better managers? This has increasingly been the finding in major research. While the attendance in Dallas was about 60-40 female, this came up a lot — even from the males. There was an increasing sense that recruiting females, especially into conventional tech roles, was crucial because you can ultimately advance them — and they end up being better managers than men. While you can argue that men also possess empathy, females probably have empathy in more significant quantities (generally speaking) — and more empathy has been shown to have ties to the bottom line, so maybe this argument has a good deal of validity.

Have your current employees download their LinkedIn contacts for an easier referral process: If you need to know how to export your LinkedIn contacts, here you go. If employees download it as Excel/Google Sheets and then yellow-highlight the names to reach out to and forward the sheet to the recruiter, it can save a ton of time on sourcing.  Or use a great tool, as we had that tech at the event to look at a la RolePoint.

~This was probably the best quote of the Dallas event

“You work in sourcing. It doesn’t mean you’re a sorcerer.”  ~This was probably #2

How do you word your job descriptions? A few participants in Dallas cited this stat to us — when men see a job description, they need to feel a 25% potential match in terms of the wording, what’s being described, etc. Women need to feel a 70% match to consider applying. It’s relatively well-documented that many job descriptions contain some form of gender bias, so re-wording your JDs away from “tech bro” speak is a good play.

Have we reached peak ATS? This was originally going to be the focus of this post because many of the SMEs spoke to us about it. One interesting concept: from a sales perspective, many HR Tech vendors view X-company or software suite as a competitor, right? But then they learn that a major enterprise company uses their suite and the competitor in different business units, and, in fact, they often need the two to integrate. “It makes sales really confusing,” one subject matter expert told us, “because you want to be able to highlight we can do this and they can’t do this, but you can’t highlight it because the company you’re talking to needs to believe both of you can do everything because they’re using both of you.” Our man Steve Levy has estimated that there are “about 140” ATS on the market. Back in April 2017, we ranked 100 of ‘em. Have we reached “peak ATS” or “peak TA software?” Potentially — and at the very least, it’s an interesting thought.

White glove service: This was interesting concerning how often it came up — meaning the idea that talent acquisition should frame itself more around customer experience/service for the candidate. One recruiter told us, “You need to be thinking in terms of a luxury hotel concierge when you’re dealing with top candidates.” This is good news, especially since some of the original consultants who created the term “war for talent” now call it a “war on talent.” Customer experience is reshaping how businesses think about what they do (thanks Amazon!), and that mindset needs to reach TA too.

That’s a sample of the observations that came out of recruiter and subject matter expert discussions at HRTX Dallas.  At the coming events (Boston, Atlanta, etc.), we’re going to end the morning with a series of standardized questions and blog those out to paint a picture of “Atlanta TA professionals are discussing/worried about…” Fun times. Hope to see you at a future event.