Membership
Home / Articles / I Was Hired by a Robot

I Was Hired by a Robot 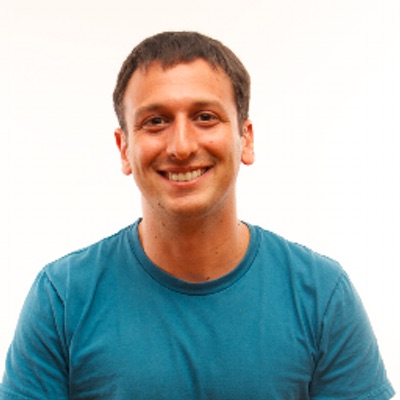 Far from the common refrain that AI will replace your job with a robot, artificial intelligence is actually transforming the employment landscape for the better.  Here’s how…

The potential of an artificially intelligent robot stealing your job is one of the most commonly cited fears around AI.  From finance and manufacturing to bartending and blogging, examples abound of concern over machines replacing human labor in the name of efficiency and innovation.  Yet, what’s really happening isn’t an impending doomsday, rather, it’s the clarion call of evolution.

Yes, the workplace will never be the same again but this is a good thing.

With the power of next level computing harnessing massive data sets and the discovery of previously hidden, unknowable insights we are actually experiencing the birth of a new era in labor.   AI and automation create new jobs, open up new pathways to employment and, in many ways, make work more “human”.  This is particularly evident when examining how AI and automation are altering day-to-day work effectiveness in measurable ways in the field of HR.

AI, by its very nature, will eliminate certain tasks and jobs – like all new technologies.

It’s perhaps not surprising, then, that some HR recruiters, agencies and technical sourcers view the advent of AI and automation with some skepticism.   One particular study showed that only 6% of HR leaders expressed a readiness to work with AI.   Yet, while certain jobs may be automated out of existence, new jobs will necessarily be automated into existence, as well. AI is expected to create a net of 58 million new jobs by 2022.  Software developers, data analysts, and designers are already transforming the hiring landscape and what it means to work in HR.  It’s estimated that 13% of HR managers are already seeing evidence of AI in their day to day operations with a further 55% seeing evidence that AI will be a fixture in HR within five years.  Significantly, 35% of HR managers also say that not fully automating manual processes has already led to higher costs.  Yet, while AI has increasingly become a presence in HR, there will always be the need for the “human element” in hiring that AI simply cannot automate.

It’s hard, for example, to replicate those elements of human intelligence that are needed to assess a candidate’s skills, to sell a given company to a candidate or to personalize a pitch based on a candidate’s profile. That kind of depth of understanding is extremely difficult to automate and comprehend – at least for now…and maybe forever. Nor does AI replace outside the box thinking in the business of hiring or anywhere else. It’s the time between decision and execution where AI really excels. It enables people to do more critical thinking by spending less time on repetitive tasks.  The elimination of one element or task in a job allows for an emphasis on other higher level functions whether its in HR or construction or retail.

In this sense, AI will change the very nature of work by making it more “human.”

Much of the day to day work in HR is tied to menial and repetitive tasks, particularly at the top of the hiring funnel or HR stack.  Some estimates suggest these tasks occupy roughly 35% of an HR professional’s time.   AI’s greatest benefit may be in automating away these repetitive tasks, transforming the nature of work by creating more opportunities for workers to invest at a higher level, higher impact thinking and acting.

AI also has the power to automate away bias.

There is a school of thought that suggests AI does the opposite by perpetuating inherent biases at a massive scale.    Yet, despite some initial missteps with AI and hiring, the fault lay not with the AI but with inadequate data and a failure to plan (or imagine) properly.   AI is only as good as the data fed to it by human intelligence and careful planning and massive, novel data sets are needed to move past inherent biases.   This is particularly true with respect to HR where sophisticated AI programs now enable solutions to go beyond simple resume screening and actually make more objective, predictive decisions.

Ultimately, AI should be viewed as an opportunity rather than a threat – whether it’s about jobs, employment or the quality of work.

After all, AI is already changing the nature of work (for the better), creating new avenues to employment and helping people move beyond traditional prejudices with new insights.  When it comes to hiring, it’s easier to change algorithms than it is humans. AI is transforming HR by reconceiving jobs and workplaces while helping build a fair, diverse and equitable universe of work.

AI, in this sense, is all about the candidate experience, the personalization of work and the human connections it affords, which, after all, is why people get into HR in the first place.  They love building relationships with people, not scouring the web for talent.  AI will help them get back to the uniquely human elements of HR and recruiting, allowing them to spend more time talking to candidates and less time pulling together lists and managing email outreach.

Andres Blank is the co-founder and CEO of Fetcher. Previously he was the founder and COO of Pixable a consumer mobile company with over 5 Million users that sold to Singtel for $30M in less than 3 years from starting the company. Andres started Pixable while he was pursuing his MBA at MIT. Before moving to Boston, Andres started three companies in Venezuela, the first one, a site for college students at the age of 18 and the last one, a lumber trader and exporter with over 30 employees and $1M in revenue at the age of 24.