Membership
Home / Articles / How much is “social recruiting” really happening?

How much is “social recruiting” really happening? 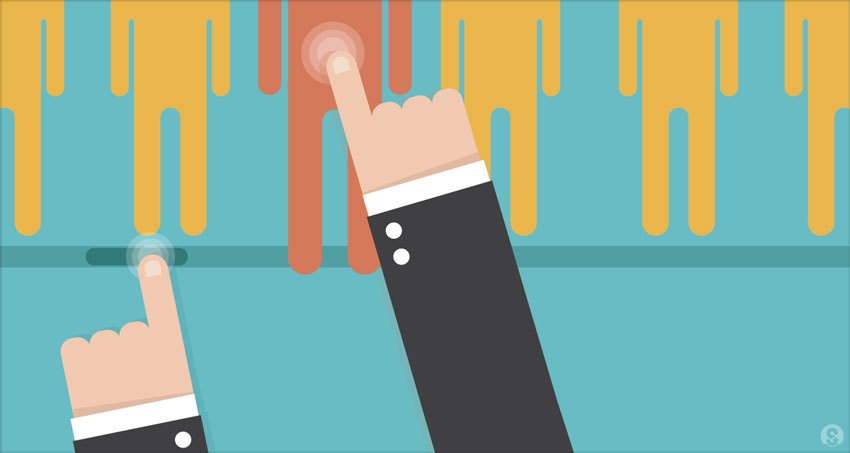 The idea of ‘social recruiting’ — the concept whereby hiring managers, HR types, and others look at your social media profiles as a way to (a) find you or (b) move you along in a job search — has been in the business media for a while now. Josh Bersin wrote about it in Forbes back in 2012, and with the Microsoft-LinkedIn deal that’s been analyzed about 98,483 different ways, you’d assume social recruiting might get a pop from that as well. (Or, at the very least, if Microsoft Dynamics is integrated with LinkedIn, sales guys can locate other sales guys through the CRM and try to poach them.)

I’m personally not that big of a fan of LinkedIn in a lot of ways, mostly around the ‘active user’ issue — they claim about 400M, but think about it logically. If you have a job you like, you’re very busy, and/or you don’t want to be seen as a thought leader and have a good Rolodex — well, in those cases (which constitute a sizable amount of men over about 48), you’d never really need to go on LinkedIn.

Then we come to the social recruiting space. CIO Magazine was at one point claiming that ‘recruiters are increasingly using social media to find talent,’ although I feel like we’ve heard some variation of that phrase since about 2007. I think there are some awesome people who work in HR and recruiting circles, and some young ones who ‘get’ how to maximize the technology inherent in something like LinkedIn. But … I’ve been in literally 3-4 elongated job searches in the last decade, and most recruiters you interact with have absolutely no clue how to use LinkedIn even remotely. If LinkedIn would be the backbone of social recruiting, it stands to wonder: is social recruiting really out there happening?

I’ll start with this story, as perhaps it will make you laugh. A few years back, I was living in Minneapolis. I didn’t want to stay there, and I got recruited for a gig in Austin, Texas. Here’s the first thing to know: I got recruited — social recruiting! — via LinkedIn. Then, the recruiter and I set up a time to speak, etc. She had literally found me and looked at my profile and messaged me all through LinkedIn. We get on the phone for Call No. 1 and she’s like: “So, you’re based in Austin presently?”

You may think to yourself “That’s a logical question,” as, well, the job was in Austin. But she had probably looked at my profile six-seven times and I had told her in messages that I didn’t live in Austin. I had literally given her all the info she needed to get this rolling on the right contextual foot. She had almost nothing to do as part of her ‘social recruiting’ deal. She still had no clue.

I once called a recruiter on their ‘have-no-idea-how-to-use-LinkedIn’ BS because I was frustrated with the overall direction of my life, and he said to me — no joke — “It’s hard to use and not intuitive.” That’s how a lot of the rest of us feel too, baby!

Social recruiting and some new research

LinkedIn’s in-house economists did some research on the effectiveness of social recruiting with regard to first-degree connections and various other slicing and dicing of the data. Since the supposed ‘power’ (and $26.2B valuation) of LinkedIn is in the data, this is kind of an interesting rabbit hole to go down. Here’s one section that pops out:

“When we started with the survey data, we inferred that these referrals were first connections, people that you know directly,” says Guy Berger, LinkedIn’s in-house economist. “But when we looked at our data and looked at who people knew six months before they switched jobs, only about 11% to 12% (roughly one out of eight or nine people) had a first-degree connection to their new company.”

So, a half-year before you bolt, only about 1 in 8 people have a first-degree connection at their new company. I guess that makes some sense. The last full-time job I had, I probably didn’t know a first-degree person there six months before I started — especially because I was living in a different state.

There’s a few different ways you can look at this data:

Weak ties mean more than strong ties for your career: This has already been proven by research too, because it’s about the overall social power of your network.

HR teams are getting better at using the LinkedIn tools for social recruiting: That would explain why there’s a low-degree of first-level connections but people are still getting into the pipeline for jobs at Company X.

LinkedIn doesn’t really matter on a referral basis and is more a resume bank to many people: I think this one is probably closest to the truth. I’ve worked with hundreds of hard-charging guys that make a lot of money, and they either (a) don’t have a LinkedIn profile or (b) have one with a blank picture and 72 connections. It’s not really an active site, per se — which explains the active user stuff I mentioned above. For a lot of people, there’s not a reason to visit it every day. (I visit it often, but I’m chasing freelance gigs all the time and I write stuff on there.) It’s hard for a site that isn’t really ‘active’ to be a referral-driver, per se.

If you bring up the idea of social recruiting to a lot of guys — maybe use different words, because they might know the buzzword concept that is ‘social recruiting’ — most of them will instantly bellow at you one of two things, diametrically opposed:

I’ll be transparent. I’ve been pretty active on LinkedIn since probably August 2012. I have over 2,500 connections and some of my writing is followed by about 6,000 people. I get jobs and messages and offers now and again, but it’s not like every day by any means. I also don’t sit on LinkedIn all day and pound the keys, because I’ve got other stuff going on. So maybe I’m using it wrong or I have no idea or whatever else the case may be — but I just don’t think social recruiting is happening at the grand scale we all seem to breathlessly claim it is in the business press.

When you add all that up, are we really doing ‘social recruiting?’ Or are we just casually glancing at someone’s LinkedIn profile, thinking they might be a good fit, and out-reaching to them?

What’s your take? And don’t bellow at me about how many jobs you get from LinkedIn. I know you hit all your targets and everyone loves you. Rather, tell me if you think social recruiting is actually happening in the way or at the level we think it is.