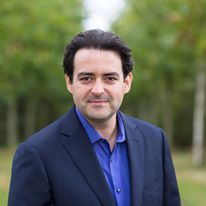 Recently Unleash visited London again and as always there were plenty of start-ups I hadn’t met before. So like last year I’ll talk about the ones I’m most enthusiastic about.

Now, this isn’t a prediction of success, since I usually look at the product, the quality of it and the potential of it and we all know marketing and sales tend to have at least as big, if not a bigger, influence than the product.

For the past few years, I’ve been deep diving into all assessment tools I can find. I’ve tested dozens of them (and even wrote a white paper on that (www.ta-live.com/whitepaper). So it’s hard to impress me, yet some still did.

(www.owiwi.co.uk) is a Greek start-up I like. They made a game-based situational judgment game assessment that made the entire experience into a story. It’s an actual game with levels and a storyline. It looks like a game you might play on your iPad for fun. It looks like a role-playing game (RPG), although it’s an RPG from the distant past with only text-based choices, but great graphics. They focus purely on psychometrics by situational judgments and they have a semi-fixed model about right or wrong answers, but those answers can be weighed per organization or job.  I’m not too happy about that part, since the right answer isn’t the same in every organization, not even for a quality like leadership. They could also add so much more by using the full game potential, with checking certain cognitive skills, but the choice right now to have a focus and I can respect that a lot. They are not there yet, but I am keeping my eye on them since they have a few unique features I haven’t seen in the dozens of tools I tested before.

(https://www.capp.co/virtual-reality) is another assessment tool I loved. Just like Owiwi not for the place they are in right now, but for the potential they show. For the first time, and I’ve tried several before, I saw a virtual reality assessment using the power of VR. They didn’t put a normal assessment into a VR environment like I’ve seen often, they used VR to create a better assessment. They have for example a presentation room where you need to give a presentation for an audience. This could be used if, with one of my previous jobs, presenting is a big part of your job profile. They have a room that was a model of the actual machine park of one of their clients, you can fix these machines, show us. As I said, they are not there yet, since the entire assessment itself is done manually. There is no eye tracking yet when presenting for example. It’s all done by an assessor looking at the screen. However, it’s got huge potential when I see the way they are using VR to create better assessments.

(https://devskiller.com/) is a tool specific for IT testing I like. Although I’m no developer, so I can’t the validity of the tool, I look at the way they actually test and use common sense to see if it’s something that looks good. And in their case, it does. What makes them different? They made the tests more like actual programming and, and this is really important, they test the ‘understanding the business skill’ of the IT professional. What they do, more than most other tools, is make it ‘real life development’. Basically, it works like this: The business wants this, here’s the code we’ve got, make it work, there are no limitations in use of frameworks or googling for solutions, just like in the real world. This tests a few things. First: are you able to understand the business request? Very important skill. Second: can you actually develop good code? The code doesn’t just get tested on ‘does it work’ but also ‘is it efficient enough’ and of course ‘how long did it take you’. Third: it probably shows you something about the natural way of developing this specific programmer. Hence, it seems to give really good information you need to assess if a developer is not only good at his or her job but also a fit in development style.

(www.eva.ai) is a chatbot that does engagement and is a combination of Robo recruiter and Pocket recruiter I wrote about last year. Eva won this year’s start-up award, with Robo recruiter winning last years, you might start to think the judges have a preference for chatbots. But Eva is a great product. It basically has two options. You can either send it out to start chatting with people that uploaded their CV to a CV database and see if they are actually interested or you can have them re-engage with your silver medalists. The people that have applied before and are in your ATS. You might use it to make sure you are GDPR compliant if you want to keep them in your ATS. You can use it to see if someone would be open for a job is a new vacancy opens up. But you can also use it to engage with prospects that were ‘not experienced enough’ when they applied, but now might be.

The great thing about Eva is that you can very easily create different workflows for different people and positions. You can go as far as to 100% personalize it. For example, this executive wants to be called sir, but that’s probably to labor intensive to use. But you can use a different tone of voice for execs than you do for graduates. You can have an automated workflow for people that have been in your ATS for people that were not experienced enough when they applied the first time than for those that qualified but didn’t get the job because there was a better one. Since I’ve always stated, since I started in recruitment over a decade ago, that the most wasted capital of an organization were resumes in an ATS, I love everything that can help us re-engage with them in the right way.

(www.starred.com) isn’t rock shattering, mind-blowing, extremely innovative, but it’s one worth a mention since they made something easy and accessible I feel we as TA professionals have not spent enough time and money on. Getting feedback from candidates in a structured way. Basically, they integrate with your ATS and let you build a workflow when a candidate, rejected or hired, should get a request for feedback about your process. So you can get this tool to ask every rejected candidate a day after rejection what they felt about the information in the rejection for example. With a simple 5 star rating and a comment option. You can ask every candidate a week after their interview about the quality of the interview. You can then of course combine this with internal information about the recruiter or hiring manager, and with the type of job or maybe the time between application and rejection. This gives you valuable information on for example well-performing recruiters and hiring manager when it comes to candidate experience and optimizing the time between application and rejection. As I said, it’s not rocket science, but I like the data this tool can provide.

(www.videomyjob.com) has been around for a while, but I’d never actually seen the product in action. And now that I have, I totally understand why so many people love they guys so much. I thought it’s just another video tool, but it’s not. It’s the most user-friendly intuitive video editing platform I’ve seen to date. It helps you create the best video but showing you where to stand because of lighting. It has the option to have a script running on your phone while making the video. It’s got really easy editing tools to cut out parts. It has options for branding logo’s in it, but also for putting pictures in the middle of the video or even a video in video. I mean, this tool was so easy to use, for the first time I even saw myself becoming a vlogger.

Let us know in the comments if you saw tech you thought worthy of mentioning and we will take a look also.