Always Be Closing: How To Create A High Velocity Recruiting Engine. 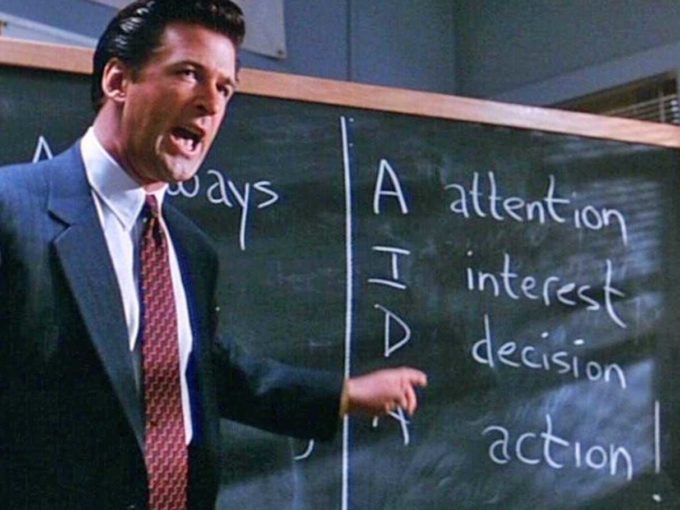 I have a confession to make. There was a time in my career when I just didn’t understand what, exactly, went on behind the scenes before every hire.

Recruiting is one of those things that seems so simple, at least on the surface. I mean, the job of recruiters is getting people jobs.

It’s a product that every single person out there needs, and selling something that’s a fundamental necessity sounds like it should be pretty easy, at least when your only context is selling enterprise software.

I’ll admit, it’s taken some time for me to understand the challenges and complexities recruiters face.

See, as a senior sales leader at several big B2B tech companies, I’ve had the chance to work with dozens of recruiters, and been a stakeholder for countless hiring decisions.

I always treated my talent acquisition counterparts cordially, respected them professionally and worked with them as closely as I could to make sure that whatever role it was they were working on was filled efficiently and effectively.

Truth is, I always assumed that recruiting was a lot less challenging than selling complex software solutions.

But I was wrong. Dead wrong.

And to every recruiter out there I ever worked with, I’d just like to say two words: thank you.

Put That Coffee Down: What Recruiters Can Learn From Sales.

It wasn’t until I started my current role that I understood just how much talent acquisition entailed, and just how much hard work goes into the work of recruiting. The idea that recruiting is sales (or at least, strikingly similar) is old news.

What’s new is the fact that today, the world of sales and the world of recruiting are colliding, with increasingly blurred lines erasing what used to be drastic differences. The comparison sound cliché, but the fact that recruiting is sales (and vice versa) is more relevant than ever before.

The primary reason why can be summed up in one word: competition.

Whether you’re selling software or career opportunities, business as usual in today’s increasingly cutthroat, extraordinarily crowded market is anything but.

As the game changes, so too do the rules of engagement.

If you want to close clients, consumers or candidates, you’ve got to do the inordinate amount of work. You can’t win if you’re not a step ahead of the competition, which means that if your approach isn’t as proactive as possible, you’re already falling behind.

I know many recruiters resist thinking of themselves as being in a sales function, but when it comes to landing top talent, you need to adopt a much more aggressive and sales oriented mentality. If you’re not a hunter, you’re pretty much “post and prey,” these days

Speed kills in sales, and staying ahead of the pack means you’ve got to accelerate as quickly as possible.

Here’s how your recruiting organization can hit the ground running – and outrun the competition for top talent.

Knowing Your ABCs: How To Create A High Velocity Recruiting Engine.

Considering the similarities between the two functions, it only makes sense to consider adapting one of the more proven, tested and successful models long leveraged by top performing sales teams to recruiting.

If you want to know how to win candidates and influence clients, it’s time you became familiar with the concept of the “high velocity sales engine.”

From sourcing to screening to selection and beyond, having a high velocity engine driving your recruiting organization can help streamline and simplify what can often be a complex, challenging and cumbersome process using the same tactics sales teams have used for years.

The equation for building a sales engine is simple:

Multiply the number of sales leads received by the conversion rate as a percentage and then by average sale in measured in dollars. Next, divide the result by a unit of time, say one month.

For example, if a sales team receives 1,000 leads per month, and converts 10 percent of them at an average deal size of $10,000, the formula looks like this:

So the sales velocity is $1 million per month.

The engine can be fine-tuned to be adapted to different parameters based on the sales environment and marketing lead pipeline.

For recruiting, a similar equation would be used to calculate recruitment velocity:

If we source 1,000 candidates and convert 10 percent to employees in one month, the formula looks like this:

Our recruitment velocity would be 20 hires per month.

What if we could double our candidate pool at the same conversion rate?

Our recruitment velocity would rise to 40 hires per month.

Now what would happen if we could also boost our conversion rate to 3%?

Our recruitment velocity would now be 60 hires per month.

Time is also important. If it took two months to convert a candidate, our equation would change:

Our recruitment velocity would be 60 hires but over two months would be equivalent to only 30 hires per month.

Tracking these metrics, especially time, is critical. The less time required to hire a candidate in today’s competitive job market, the higher the recruitment velocity and the more successful you’ll be.

As any mechanic will tell you, it’s not always a great idea to leave your engine constantly running at the highest velocity. Sales executives know that it’s important to be able to shift gears when necessary while still being able to hit top speed whenever it’s required.

For example, at first glance, you’d think that packing your pipeline with more candidates, driving more applications and generating qualified referrals would inevitably lead to better recruiting results, too.

But of course, if those leads aren’t qualified, then you’re creating more work for yourself; it’s counter intuitive just how counterproductive this can be, but if you’re like most recruiters, you don’t’ have to worry about quantity.

It’s quality that’s the real issue, and in recruiting, like in sales, if your leads are less than qualified, you’re spinning your wheels.

That’s why it’s imperative to remember never to sacrifice quality simply to increase velocity; the end must justify the means, which means if your engine isn’t driving hires, then you’re really just running on empty.

Another important factor to consider is how much value your hires will bring to your business and your bottom line. In sales, this P&L impact is referred to as the “total lifetime value” of a customer, and it’s one of the most important metrics we measure.

In sales, we’d much rather have a few long term, high value customers who convert and renew at a high rate than a lot of less loyal, less lucrative accounts to manage.

Similarly, recruiters need to realize that volume and vanity metrics are meaningless without the ability to ultimately drive – and convert – only the most highly qualified leads on the market.

Recruiters talk a lot about quality of hire, but if we look at it like sales teams have long viewed the concept of customer lifetime value, we see that they’re essentially predicated on the same essential elements: people who will not only excel in the specific job, but stay with you long enough to add value over the long term, too.

Retention is a critical concept in both recruiting and sales; there is no value to be extracted from a client (or candidate) if they turn over.

And, of course, referrals are the lifeblood of sales and recruitment alike. When you hit the right velocity, then your sales engine powers itself.

It’s not easy to do. But by following this simple model for sales success, you’ll make sure your hiring is always up to speed.

That way, you know your company will never get left behind.

If you want to learn which techniques you can apply to start building a high velocity recruiting engine of your own, check out my white paper for more tips, tricks and advice on optimizing your recruiting efficiency and efficacy. And speaking of value, it’s free.

About the author:  Bob Memmer is the Senior VP, Commercial Sales at SmartRecruiters, where he is in charge of scaling the company’s velocity-based sales machine worldwide – and enjoys building innovative, competitive, and successful teams that customers love.

Before joining SmartRecruiters, Bob was Senior VP, Sales and Customer Success at Captora and was Area Vice President of Sales at Salesforce.

When not working with the fantastic customers, partners and employees of SmartRecruiters, he is probably spending time with his family, golfing, boating, or downhill skiing.