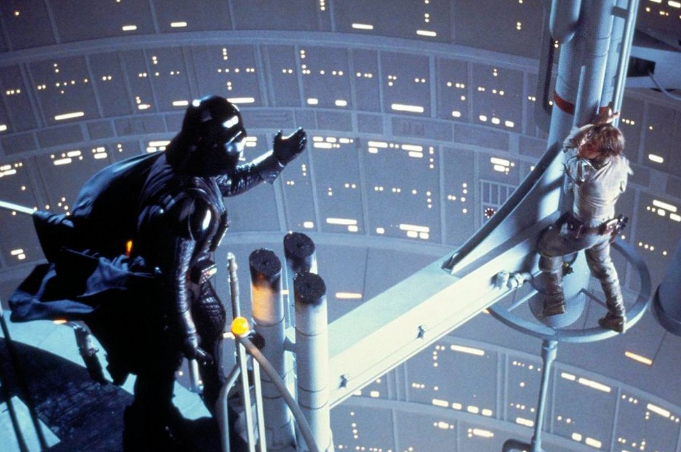 A long time ago in a job market far, far away, there was a booming economy when any of our candidates that had a pulse had a job. It was a time where 30% placement fees flowed like the force. We thought it would last forever that this hot candidate market would last until the end of time.

It led to a lot of lazy recruiters and that became all too evident when we realize we were wrong about that market. The dark times, the “great recession,” swept the old rules away and it was the end of the candidate market. As unemployment in certain areas climbed into the double digits we thought we had forever seen the end of the candidate market.

But in the melee of layoffs and job losses we forgot a simple truth. The truth is that it is always a candidate market for the best people. While it is true that from time to time the best people work for a company that goes out of business but the vast majority of the time the very best people are busy being promoted where they are.

So what happened, what is happening now and why does that matter to me today? What happened was “the great recession” I’m not sure what was so great about it, but that is what we called it. To understand the job market today, candidate behavior and the hesitance of hiring managers, you have to understand what happened before.

December 2007 marked the beginning of the great recession. It started with the burst of the 8 trillion dollar real estate bubble. Like the destruction of the Death Star, this event had far reaching consequences and made a lot of people really mad.

The losses in the stock market led to a massive cutback in consumer spending. This caused employers to lay off workers. This led to even less consumer spending and the cycle spiraled. By the time it was all said and done the economy would shed 8.4 million jobs or 6.1% of ALL payroll employment.   It was the worst recession in two generations and would take years to recover from.

The great recession had many side effects. Fear, for one. Wages stagnated and people were hesitant to leave a steady job. Those without jobs became frustrated and disheartened while those who remained employed felt overworked, underpaid and often unappreciated. Aside from the visible numbers associated with high unemployment, there became an intangible feeling of resentment in the labor market.

Return of the Jedi

To illustrate what this means for you, let’s go to our Star Wars analogy. In the “Empire Strikes Back” Han Solo is frozen in carbonite. For those not familiar with the films, one of our hero’s is placed into what amounts to suspended animation. At the moment of his imprisonment, things look dire for Han and his friends. He’s eventually rescued but what he doesn’t realize is that during his carbonite days, the situation changes drastically. The main character Luke Skywalker, for example, evolves from farm boy from the desert to the last Jedi Knight. Once released, Han discovers he is mostly blind after his release. While he is promised his eyesight will return, at first he is mostly blind.

Like Han Solo, many of our hiring managers have been frozen in time post recession. They’re still stuck in the world where there were many candidates for every job. They assume their jobs are what everyone wants to do. They don’t get why it might take longer to fill a role now when it didn’t a few years ago. So what can we do?

The Empire Strikes Back

The very first thing we need to do is to share with them the data about the current job market. We need to help them see what is really going on and let go of their perceptions of the past.

As the title implies “The Empire Strikes Back” is about the revenge the Empire seeks on the Rebellion after the destruction of the Death Star.  Whereas in the first film, “A New Hope,” the rebellion was an annoyance, an afterthought that would be swiftly crushed, there is now genuine animosity between the two parties.

Likewise in 2008 and 2009, many working professionals had their life savings decimated by the destruction of the stock market. There is a genuine animosity among the populace as demonstrated by political movements across the spectrum.  We have seen the rise of movements ranging from Occupy Wall Street on the left to the Tea party on the right. These movements are the result of the genuine anger and frustration caused by “the great recession.”

This bled into the job market as so many of our candidates felt betrayed by the company’s that they helped to build. In many of their minds, they have suffered through years of stagnant wages growth, if they were lucky enough to keep a wage the entire time at all. While most candidates don’t see the detailed data, they sense that it is their time again. An increasing number are gaming the system. They explore other job options as a method of getting a raise and or they try to start a bidding war by courting multiple offers.

As a recruiter, we’re left plain old pissed off. It’s frustrating to extend an offer to a candidate only to find out they have multiple offers that they didn’t tell you about. You can feel that they have been dishonest with you and it can be frustrating. That’s the consequence of fear though, even with new hope on the horizon.

So how does the story end? Well in this series it doesn’t yet but there is some foreshadowing. In the hero’s journey we watch the evolution of a farm boy from a desert hoping he will transform into a hero of the Jedi. The story culminates with the “Return of the Jedi.”

Hopefully we are watching recruiting evolve from Headhunters to valuable business partners. Maybe, just maybe, in the end we will get to witness “The Return of the Recruiters” … Stay tuned!

Mike Wolford has over 10 years of recruiting experience in staffing agency, contract and in house corporate environments. He has worked with such companies as Allstate, Capital One, and National Public Radio. Mike also published a book titled “Becoming the Silver Bullet: Recruiting Strategies for connecting with Top Talent” and “How to Find and Land your Dream Job: Insider tips from a Recruiter” he also founded Recruit Tampa and Mike currently serves as the Sourcing Manager at Hudson RPO. An active member of the Recruiting community, Mike has spoken publicly in an effort to help elevate the level of professional skill. Follow Mike on Twitter @Mike1178 or connect with him on LinkedIn.