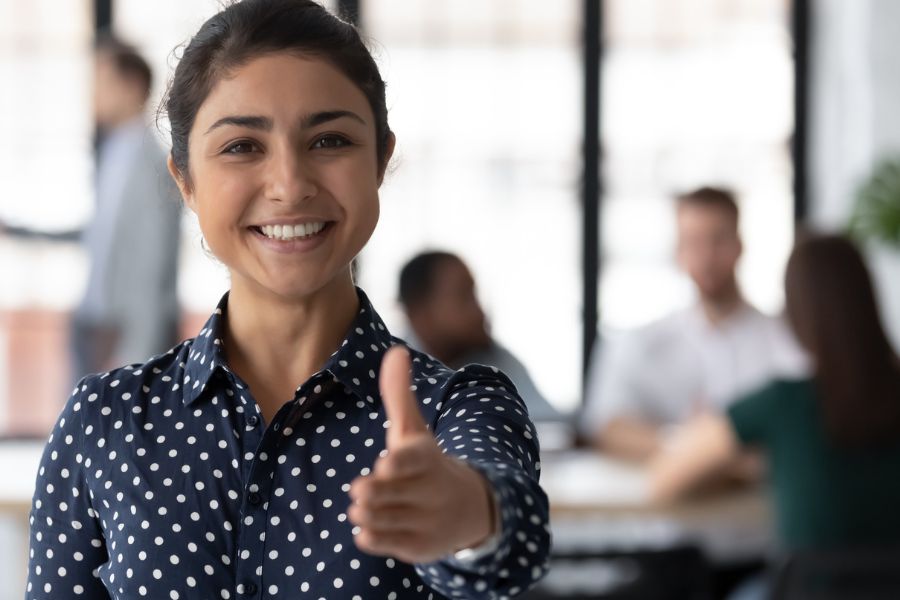 This year began with such promise, but an inflationary market and concerns about a potential recession caused companies to shy away from hiring. The hiring market is down in industries like tech. Still, companies cannot deprioritize talent acquisition, especially when we are so bullish on 2023 as a massive opportunity for companies to hire efficiently and effectively. What does 2023 hold? We’re making the following predictions:

Tensions Between In-Office and Remote Will Continue

Companies are making bold bets on the future. Despite most studies demonstrating a plurality of employees prefer flexible work, some companies are demanding employees return to the office full-time or at least a set schedule of days per week. Expect this to be a battleground in 2023, where some employees will leave their company for one with policies closer to their interests.

Studies have shown that employees, especially those who have been working remotely, overwhelmingly prefer hybrid or remote over needing to go to the office full-time. A Gallup poll found only 6% of “remote-capable” employees wanted to return to the office full-time. Could a CEO leave one company for another because of their policies? Will a fully in-person company staff quietly quit or otherwise protest the decision? Ultimately, companies that demand a return to office will find at least some employees resist.

Everyone Will Do More With Less

The inflationary concerns in 2022 led to a slowing job market which led some companies to reduce HR headcount and produced a knock-on effect on external recruiters. Even if they’ve decreased the overall headcount, companies looking to fill roles will have fewer resources to do so.

That means companies will need a stronger strategy for finding and vetting candidates and making offers, especially considering those candidates will make decisions quicker.

Automation is Ready For Prime Time

And not a moment too soon. When companies increase hiring, which will happen in 2023, they will need serious tech support to win the recruitment war. This is a matter of automation out of necessity instead of trying to be cool with the latest tech.

The wage will continue to go up, and the recruiting team will not get an additional headcount budget. Recruiting processes will be further automated, so small TA teams are supercharged to do more.

Pay Transparency For Job Ads Will Become The Norm

This is becoming a legal requirement in some states. For instance, California will introduce Senate Bill 1162 on January 1, 2023, which forces employers to include pay ranges in all job advertisements. NYC likewise will require nearly every company to include salary ranges for job postings, even for jobs announced internally.

As the hiring landscape continues to skew “glocal,” companies in other states will follow suit as potential employees decline to apply for jobs that don’t include salary ranges. Companies will ultimately appreciate this, as it will eliminate costly and unproductive conversations with candidates who will only take the job for more money.

DEIB Goes From a Priority to a Must-Have

We believe this should already be the case, but many companies are still lagging behind the times. There will be no excuse in 2023. Candidates will increasingly prioritize companies with a concrete approach to DEIB, so it will be critical to put in the work to diagnose your company’s current diversity makeup and communicate a plan to improve it.

If your company leans in and discusses what you’re doing to improve DEIB, there will be ample opportunities to become a leader in the space.

Additional variants and inflation have delayed the expected economic recovery from COVID-19. But 2023 may be the big opportunity everyone has waited for. Whether or not we enter a recession, companies will begin to curtail layoffs and look to hire. Talent acquisition leaders must take this time to get their 2023 hiring priorities and strategies in place, especially if their company currently has a hiring freeze.

As more companies move to software and procedures that enable self-scheduling, companies must keep a close eye on how often top candidates reschedule. Data-driven companies will look at rescheduling rates as a KPI of relationship building.

Clearly, the next 12 months will be hugely important for companies to set themselves up for success in the next five years. If your company is looking to grow, being the first to hire in 2023 will be a huge step in the right direction. But the groundwork for that time can begin now.

By prioritizing DEI, investing in automation, and beginning to rethink how you measure your hiring process, you will be ahead of the curve when the rest of the world moves from layoffs or hiring freezes to a ramp-up to building back their teams.

Ahryun Moon is CEO of GoodTime.io, the first Talent Operations Platform that provides intelligent interview scheduling for recruiting teams. GoodTime.io seamlessly schedules high-volume phone interviews and complex onsite interviews, allowing companies to scale efficiently while focusing on higher value talent acquisition activities. You can follow her on Twitter @Ahryun or connect with her on LinkedIn.