Membership
Home / Articles / What you might expect at #HRTX Chicago 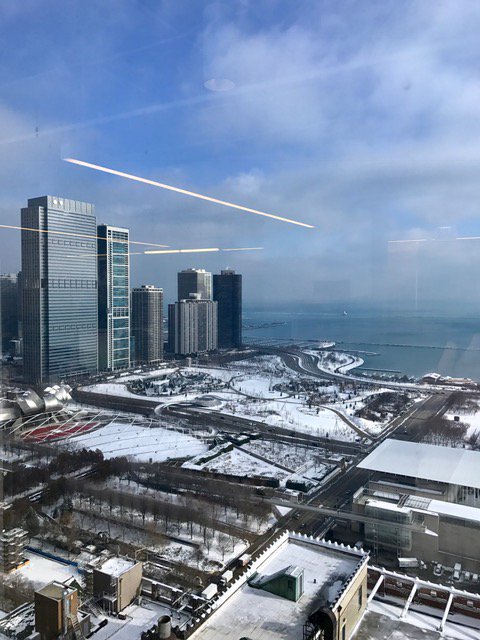 This year’s RecruitingDaily #HRTX event in Chicago will be on September 6th — a week from today — at the offices of Yello. This post is about the experiences of one attendee last year.

It’s 5:30 in the morning on a frigid November morning in Northwest Ohio, as I pull my car into the Amtrak parking lot. I forgot to preheat my Avenger to perfection before jumping in the driver’s seat and hitting the road, so that made for an ass-chilling commute to say the least. Meh, I made it on time for my 6:15 departure, so things could be worse than they are.

Having never traveled by rail before, I wasn’t entirely sure what sort of security process to expect before boarding my train to Chicago, so I wanted to make sure I allotted an appropriate amount of time in case there were some checkpoints in place. Upon checking in with the nice gal at the front desk, I learn three things;

“Right on time”, the train rolls into the loading area, and I hop in line with the Yoder family to board, digital pass in hand.

The reason behind this Amtrak experience and why I’m headed to the windy city in the first place is to attend my first-ever meet-up; HRTX Chicago. If you’re not familiar, HRTX stands for Human Resources Technology Experience. Fancy-sounding acronyms aside, it’s basically a group of like-minded recruiting/sourcing professionals who network online, share technology and sourcing strategies, and from time to time we write blog entries about said technology and sourcing strategies for Recruitment Daily. Once a year, the fine people at R Daily work tirelessly to put together a series of meetups across the U.S., for said professionals to come together and do all of that networking and idea-sharing in the flesh, instead of from the glow of our laptop screens as per usual.

Since I live in the not-so-luxurious city of Toledo, Ohio, Chicago turned out to be the closest rendezvous point, so I decided that I’d make the pilgrimage on my own dime.

Unbeknownst to me before this little excursion, it turns out that traveling by train is surprisingly cheap and truly not a bad way to travel (in my opinion). So, I bit the bullet and bought my round-trip ticket, paired with another first-time experience in attempt to travel on the cheap; Airbnb. Between travel and housing for two nights, I was able to get away with a $136 tab, which I think is pretty damn impressive if you ask me.

The simple fact that HRTX events don’t require you to put a lien on your home in order to attend is what allowed me to join in the first place. As a matter of fact, tickets are perfectly priced for a self-funded attendee like myself, who doesn’t have the luxury of being sent on their employer’s dime. For those invited, there is no fee to attend.

As an “official member” of HRTX, I was asked by then-Chief Editor of RecruitingTools.com (and virtual BFF) Jackye Clayton to arrive a bit early so that I could lend a hand getting everything situated before the rest of the attendees started filing in. That morning was the first time we’d actually met face-to-face, so we were both admittedly a little awkward in the moment. Which, if you know me, isn’t like an unheard of concept…

In an effort to introduce me to everyone in the room and to break the ice, Jackye shouts “Hey guys, this is Dan Louks!”

Wow. I just got “recognized” by my Twitter handle. It was at that exact moment that I realized that I was in the perfectly nerdy company that I belonged in.

These people get me.

Laughing my ass off, I claim ownership of the handle and we quickly slipped into casual conversation without missing a beat. After a while, the rest of the event’s attendees began wandering into the Yello office, who graciously hosted this particular HRTX event. As you walk past the staff sitting at their desks, next to the wall-to-wall window views of Lake Michigan and Millenium Park from the 36th floor, it’s a bit tough to play cool and to act as if you’re not thoroughly impressed by the workspace. 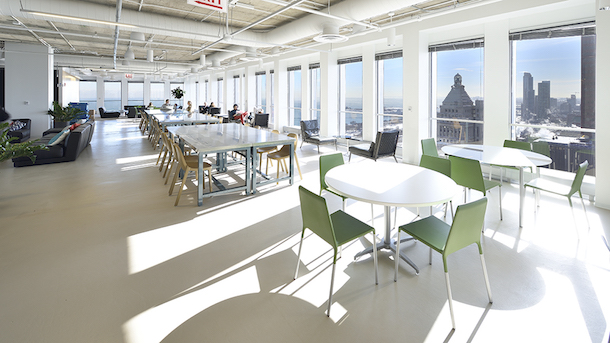 Shortly thereafter, Jackye kicked things off by giving everyone a quick rundown on what to expect throughout the day, and briefly introduced the select few vendors that were in attendance as well. Unlike most conferences out there, it’s not an open door to every Tom, Dick and Harry with a piece of HR technology to shill. RecruitingDaily, instead, hand-picks their industry favorites that they find the most value in, and invite them to carry one-on-one conversations with attendees. This gives you the chance to express what your real life, day-to-day struggles are, and gives them an opportunity to explain how they can help alleviate those pain points with their services in a completely pressure free setting. I didn’t even have to dodge an onslaught of sales calls in the days/weeks/months that followed the meetup, much like you typically would after similar events hosted by others (thank sweet, baby Jesus).

One of the vendors involved, TextRecruit, was already an existing partner of my organization. Since I was already acquainted with their products and services, our discussion focused more on some newer features that they were rolling out in the near future. If you’re not familiar with TextRecruit, do yourself a favor and check them out. They offer a series of products that revolve around, you guessed it; texting candidates. Their most impressive product would have to be Ari, which is a customizable recruiting chatbot that uses artificial intelligence. Imagine having the ability to pre-screen every applicant that hits your ATS, without ever having to send an email or placing a call. That’s what Ari can do, in addition to a many other things.

My personal favorite that was new to me would have to be SkillScout. I had the great pleasure of meeting with the company’s co-founder Abby Cheesman, and genuinely enjoyed our discussions about the services that they offer. With video becoming more and more popular within the recruitment sector, SkillScout partners with their clients to equip them with the knowledge and tools to create professional-grade videos of their very own. Abby was also kind enough to put my ugly mug in front of a camera lens, to get my two cents on HRTX Chicago. Check out this video to get a sense of the quality of work that Abby and her team put together on-screen, and what they can enable you to create yourself with their guidance and training.

After a tasty, catered lunch and as conversations began die down across the room in the early afternoon hours, HRTX Chicago comes to a close. Friends exchange hugs, new-found friends exchange contact info and safe travels are wished to all as we part ways. With another successful RecruitingDaily event in the books, we return to our daily routines with a renewed sense of excitement and energy. I head back to the Glass City, and resume business as usual. Despite having taken place only a few short months ago, I can honestly say that I’m totally geeked am and eagerly awaiting 2018’s Chicago meetup.

After having spent most of his adult life working various roles in Retail Sales/Management and Radio Broadcasting, Dan Louks has spent the last 4 1/2 years in Recruiting. As a married, father-of-one, most of his free time is spent either with his family, playing retro video games or listening to podcasts. Connect with him on LinkedIn or Twitter.