Membership
Home / Articles / What Lynda Means for the Future of LinkedIn

What Lynda Means for the Future of LinkedIn 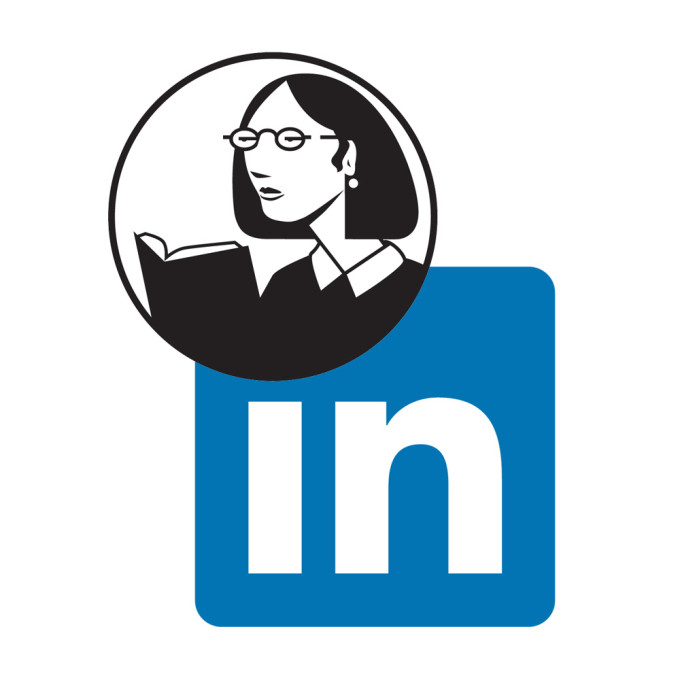 As anyone even tangentially involved in talent acquisition already knows, there’s perhaps no entity that we love to hate more than LinkedIn (even if we couldn’t live without it). For better or for worse, it’s become the standard go-to for talent sourcing, pipeline building, employer branding (or “talent branding” as anyone drinking the Kool-Aid they serve over at Talent Connect calls it for some weird reason), with 92% of recruiters reporting utilizing it as part of their search strategies in the past year.

That said, recent product releases such as Pulse, which has become a full-fledged publishing and content recommendation platform, and a heavy play to penetrate and push product to other functional areas like sales and marketing indicate show LinkedIn’s increasingly desperate attempts to move beyond recruiting, which its already more or less maxed out in terms of market share, and search for additional revenue streams and new features & functionalities that can drive upsells and renewals of current business while broadening its potential customer base.

What Lynda Means for the Future of LinkedIn

That’s why it should have come as no surprise that yesterday, the Mountain View based entity announced it had spent $1.5 billion dollars in combined cash and stock for Lynda.com, an online learning company focused primarily on delivering on-demand video tutorials to teach software, business and creative skills. Founded in 1995, Lynda.com is a different type of acquisition from former plays like Bright and Identified, emerging players purchased primarily to build out the current LinkedIn product suite.

This acquisition of a mature company who has already raised an estimated $289 million in funding, seems to be an attempt, instead, for LinkedIn to finally shed its legacy “professional network” posturing and more or less make the move into becoming a full fledged HR service provider, moving past talent acquisition and into the L&D space.

This is a likely sign that the company will ultimately try to overhaul its offerings into an integrated talent management play designed to compete more with SAP, Oracle, Workday and Cornerstone OnDemand than its current competitors, primarily job boards and other talent network and sourcing point solutions. For the short term, the purchase of Lynda also provides a significant boost in available online content inventory for LinkedIn to drive traffic, increase ad costs and provide more real estate for selling their lucrative PPC packages.

The news of this acquisition should signal a wake up call to traditional HCM and enterprise HR technology vendors, given that they now have to compete against LinkedIn for an even bigger portion of their overall budget; LinkedIn, conversely, will now be able to offer CHROs and other HR leaders the chance to dedicate more money to an already extremely expensive solution now that it offers recruiting, recruitment marketing and professional development capabilities in one place, and can package those solutions within a single buy, a systems consolidation preferred by most enterprise employers.

While the official announcement revealed little about how Lynda and LinkedIn will ultimately integrate, with so much money invested in this acquisition, LinkedIn will likely get aggressive in rolling out this combined suite of services, particularly given the pressure shareholders are exerting on the company to finally move into the black and provide some return on the billions already reinvested in the company’s previous acquisitions and escalating R&D costs. One has to imagine that there’s a ton of attention being spent to things like UI, UX and, of course, pricing in order to complete this rollout.

In announcing the acquisition, LinkedIn CEO Jeff Weiner stated that “LinkedIn’s fundamental value proposition has always been to connect people to opportunity.” Of course, largely, those people hold equity in the company and the opportunity involves increasing that stock price as well as their own personal net worth, but this lofty mission statement certainly sounds sexy.

And, frankly, while I applaud this sentiment and their ostensible efforts to use their platform and reach to provide education and skills training to their millions of members, I can only wonder how much, exactly, the opportunity cost will actually cost for those looking for the opportunity to better themselves.

Lynda, LinkedIn and the Opportunity Costs of Premium Products

Look, LinkedIn, if you really want to boost the global economy by shrinking the skills gap, as your PR and company copy suggest, then you’re going to have a hard time reconciling that altruistic mission with further charging for access to skills training on top of the LinkedIn Premium account fees they’re already paying.

This will not solve the skills gap problem, since those who can afford to shell out for this sort of solution aren’t likely the ones who most need access to the opportunity you’re trying to connect them with. This is a pure profit play, and shouldn’t be disguised as some sort of greater mission or vision – justifying that acquisition cost means that they’re going to have to make that money somewhere, and you can bet it’s going to be coming from the users looking for self-improvement.

Too bad they won’t offer basic finance or accounting course work from Lynda for free, because then most would realize they’re likely getting a raw deal on whatever LinkedIn ends up charging, particularly given the significant amount of free competitors out there, like Khan Academy, who, speaking of giving opportunity, are also non-profit organizations without the profit motives inherent to a public company like LI.

For anyone who might want to argue my point about LinkedIn and its questionable business tactics, I’d like to point out I’m perfectly aware that the “basic” LinkedIn account is free, but we all know that standard account functionality has become so limited that anyone serious about using this platform is almost forced to upgrade to a premium package.

The practice of giving end users just enough functionality to incentivize them to pay for more has been very successful for increasing LinkedIn’s cash flow, keeping shareholders happy and preventing their executive team from ever flying commercial or losing their yachts.

It’s this “freemium” bait and switch practice that leads me to wager that, soon, every LinkedIn user will have access to some sort of free and/or standard set of skills training courses, likely ones that are tailored suggestions based on end user profiles, for a limited amount of time – just long enough to complete the integration and get enough users to pony up for continued access of more than, let’s say, :30 minutes or one basic class a month – and those will likely be chosen with an eye to upsell users into a premium package.

No matter what I think, this announcement marks a significant change of direction for LinkedIn – and likely a smart business move to hedge their bets outside of talent acquisition and reliance on enterprise clients in order to go directly after the pocketbooks of LinkedIn users themselves. Time will tell whether or not it’s going to work, but one thing’s certain: it’s going to be fun to watch this all play out.