Membership
Home / Articles / This is … America? 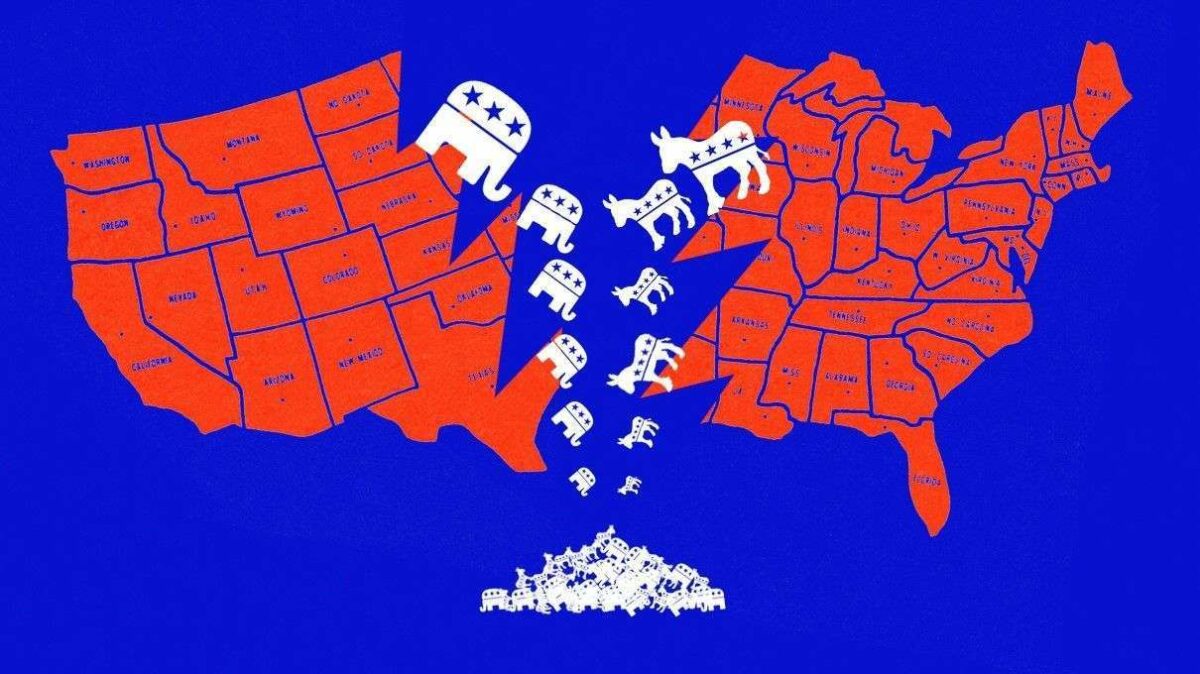 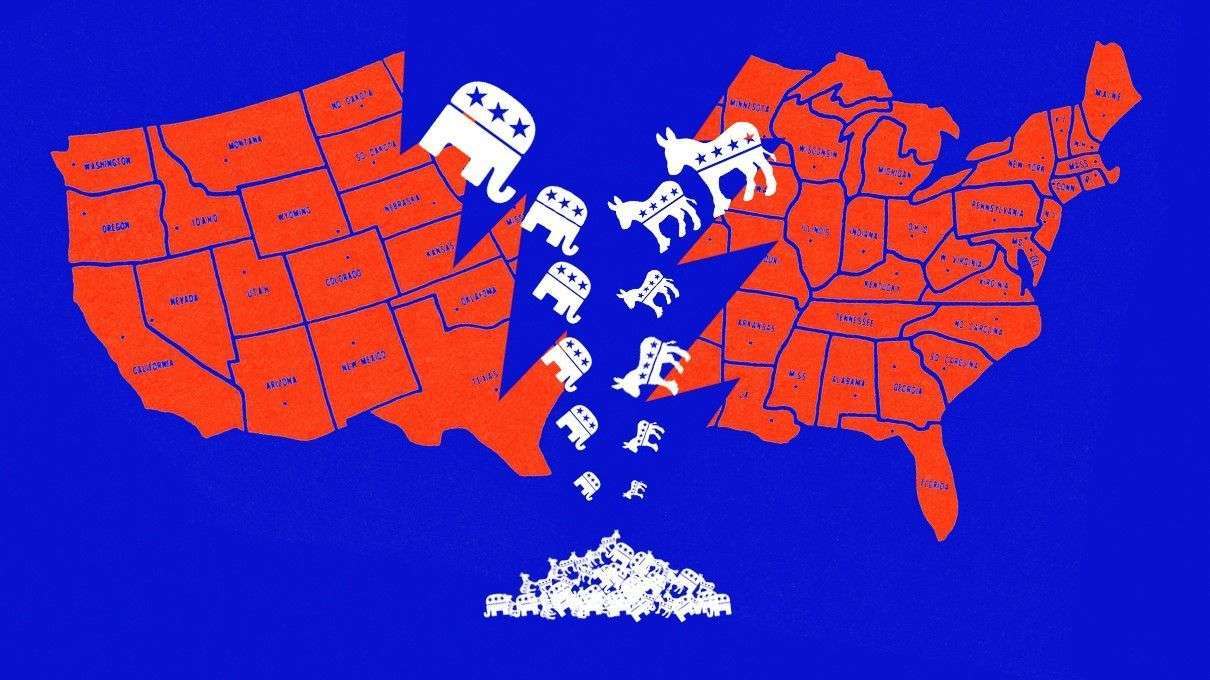 Has some of the below info/research about polarization seeped into your recruiting, hiring, or sourcing funnels?

I’ll say this: some have recently called us “The United States of Nervous Wrecks,” and we’ve got research that this is one of the most socially-isolated, lonely times in American history. Even if you don’t vote — i.e. more than half of you — it’s hard to argue the 2016 Presidential election wasn’t a microcosm of all this. Each side was screeching at each other, there was hate/fake news everywhere, and ultimately the more-qualified candidate didn’t respond to the reality of the situation and lost to the lesser-qualified candidate. Now pregnancy is a pre-existing condition. Go figure.

This all ties to political polarization.

This stuff happens all over the world — see the French election just yesterday? — but in America, it’s a unique mess. But why?

Reason 1 and 2 on U.S. political polarization

Here’s Jonathan Rodden, a Stanford political science professor, doing some research on geography and politics in the U.S. A summary of that research is then here, including this section:

Rodden says that this battle pitting a set of urban interests against a set of rural interests didn’t happen overnight and isn’t unique to American politics. However, the severity of the problem is. This, he argues, largely stems from the fact that American politics is dominated by only two parties and features a geographic system of representation. As long as this geographic polarization continues and Democrats remain an urban party, he says, they will continue to be dramatically underrepresented in legislative bodies.

Can we fix this?

Are these problems going away anytime soon?

Probably not. There are possibilities for the U.S. to move beyond a two-party system, but it probably won’t happen in the next few cycles. The geographic style of representation isn’t going anywhere either.

Most of these discussions ultimately land on gerrymandering or re-districting, which helps sometimes but exacerbates the problem more often than not. This Rodden professor actually argues that winner-take-all districts will always benefit the GOP, and always hurt Democrats. He says we’d need a redistricting process that emphasizes parity. That ain’t arriving anytime soon.

If you view every President as a reaction to the previous eight years, which is often the case, one thing to note would be Trump’s successor is likely to be super-liberal. That will intensify the ire of the right, increasing political polarization again.

“There is nothing about population density that automatically generates this kind of cleavage. There are lots of places that have cities and suburbs and rural areas — and suburbanization is not just an American phenomenon,” he says. “But single-member-district, majoritarian systems that produce two parties that hate each other — that’s the worst of all worlds.”

The dominant society on Earth right now is, in some ways, “the worst of all worlds.” That’s comforting.

Any path through this?

Not anytime soon. But over time, here’s what we’d need:

Education has to matter: Right now, the importance of education is major lip service — because it can’t make old rich white guys richer. But if education sucks, people don’t know how to distinguish fact from opinion. Without that skill + continued increases in technology, we’ll all just continue to retreat into bubbles. Bubbles create political polarization when combined with district-laying decisions.

Seek out new ideas: Very hard to do this these days, but it’s crucial.

Make yourself knowledgeable about candidates and issues: Again, bubbles are the foe. But many non-profits and advocacy groups put out unbiased candidate guides/packets. Find and read them. Share them with others. This might make you vote cross-party on 1-2 elections, which would reduce political polarization a bit.

Try to escape your confirmation bias: Again, a challenge — but also crucial.

Anything else you’d add on the current climate of political polarization? Or how it impacts your recruiting processes?