It’s About Time: Recruiters Are Screening Candidates With Text Interviews 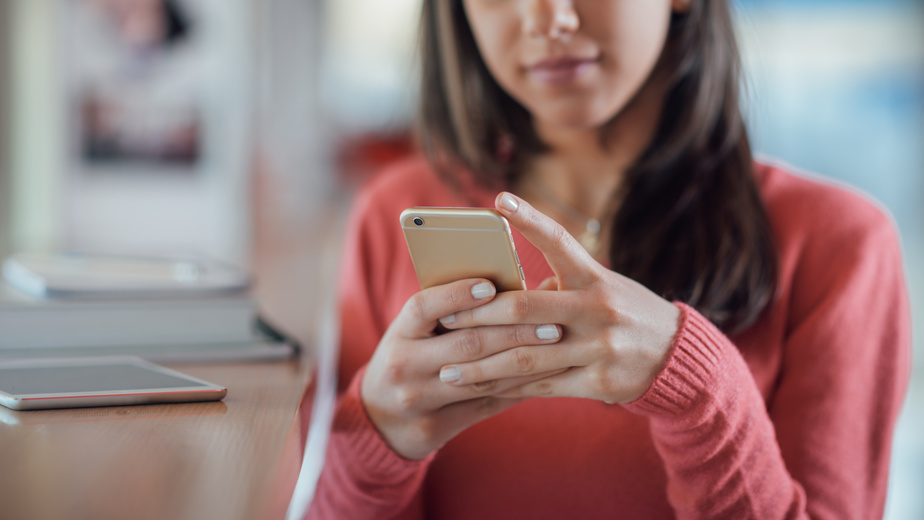 Here’s a trend I can get behind — Using text messaging for early-stage interviews with job candidates.

The Wall Street Journal recently reported on this new trend recenty, and it made me wonder: Why didn’t somebody think of this sooner?

According to The Journal:

Claiming that prospective hires are too slow to pick up the phone or respond to emails, employers are trying out apps that allow them to screen candidates and conduct early-stage interviews with texts.

“People don’t want to have that 10-minute [phone] conversation any more if they could just reply with a quick text,” said Kirby Cuniffe, chief executive of staffing firm Aegis Worldwide LLC. After Aegis recruiters reported that fewer potential hires were answering their phones, the firm decided to try texting. Since March, Indianapolis-based Aegis and Priceline Group’s restaurant-booking service OpenTable have been using Canvas, a messaging app from Canvas Talent Inc. for text-based job interviews.”

The driving force for doing this is simple: According to a report on Internet trends by venture-capital firm Kleiner Perkins Caufield & Byers, only 12 percent of Millennials prefer to use the phone for business communications. However, 45 percent prefer to chat online or exchange text or email messages.

Yes, the data shows why these texts-as-early-stage-interviews make sense, but there are three (3) big reasons beyond that:

Speeding up the process

What a text interview does most effectively is to not only speed up the hiring process, but also to engage and screen candidates earlier in the recruitment cycle. This is a good thing for both recruiter and job candidate. 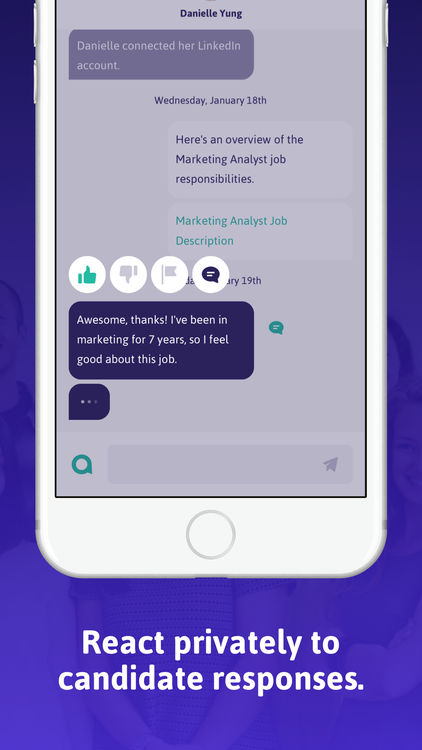 The driving force behind text interviews, according to The Journal, is Canvas, a messaging app from Canvas Talent Inc. that is designed for text-based job interviews. The newspaper says it works like this:

The app suggests interview questions employers can use, such as: “What motivates you?”
Its software analyzes candidates’ responses. Interviewers can rate answers with a thumbs-up or thumbs-down visible only to the employer and share transcripts of those text exchanges with co-workers.
Canvas charges employers around $300 per recruiter, and competes with similar apps such as Monster Worldwide Inc.’s Jobr.”

People have been talking about text interviewing for a few years, but we’re just now reaching a point where critical mass in taking hold and text interviews for early-stage candidates are really becoming a viable option for recruiters.

It’s about time that text interviewing got here. My friend, San Francisco State business professor John Sullivan, predicted that this was going to happen about a year ago. Of course, when Dr. John makes a prediction, people need to pay close attention because he’s generally well ahead of the curve.
Here’s what he said about text interviewing last September:

The time is right for shifting to an “interview from anywhere” approach, where text-interviewing is one additional option. Even if you use face-to-face interviews for the final interview, consider text interviewing for at least the initial interview. This is because it has so many advantages, including a higher quality of hire, less bias, a lower cost per hire as a result of lower travel costs, a reduced environmental impact, an improved candidate experience, and a shorter time to fill.
At a time when texting is all the rage, jump on the bandwagon and add it to your list of interview options.”

Here’s my take: Text interviewing is a natural evolution of the recruiting process, and it is particularly effective as an early-stage tool to narrow your options to the very best candidates. My guess is that it will rapidly become a standard practice and that there will be a great many apps that pop up to help recruiters and hiring managers to do it better.

So, if text interviewing is upon us, what are you waiting for? If you’re not at least looking into it today, you’re missing out on a tool that can make your recruiting team a lot quicker, more efficient and better focused.

Better get going before you get left behind.