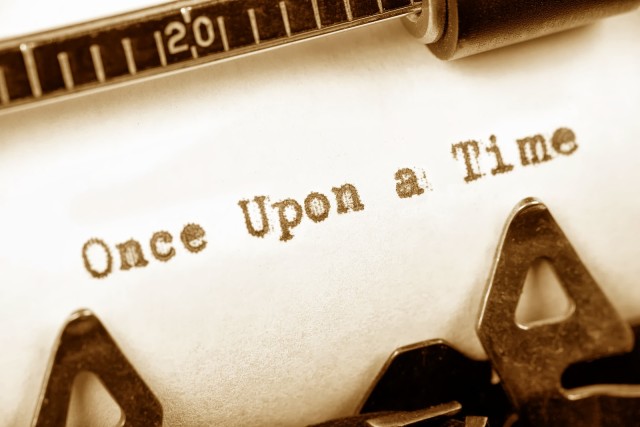 In my last Recruiting Daily post, I discussed some of the reasons I’m still a recruiter.  I detailed some of the professional challenges so many of us in this profession have to face every day.

I talked about the frequent frustrations with managers, coworkers, clients and candidates we all deal with (and the occasional crazy consultant).

I also revealed how recognition from those competing colleagues seemed largely limited to blaming us for every wrinkle encountered during every search, and how we’ve been somehow consigned to play the part of professional, white collar whipping boys.

In the post, I specifically alluded to a recent incident, writing:

“I personally have been ‘dressed down’ or ‘taken to task’ and told that I don’t know what I am doing and this is what I should do to be successful. No, really, this happened just last week after three-and-a-half years at my company.”

And this, apparently, invoked more than a few requests for me to elaborate on this particular part of the post.  We all have stories, right?  So this is mine.

Act 1: The Manager and The Intake Meeting

When hiring a recruiter, the first thing you should do is to have them do an intake meeting with the manager.  You can learn a great deal simply by seeing what questions they ask and don’t ask.  This is a method I picked up back in my agency recruiting days, but one that works for any recruiting related role.  Most of my managers today work off site, at buildings you can’t get into without first getting cleared.  I have no interest in getting a clearance.  The government already knows enough about me!

Anyway.  I get the usual, “oh my God the DBA quit and I need someone yesterday!” call.   Like is almost always  the case, this was a high priority search for an important customer, they’re freaking out, yadadadada.   When I joined this company I revamped the requisition request form required by HR.  This standard form was designed to actually hold managers accountable for the things they ask for when opening up a new req.  As a required part of the recruiting process, the manager sent over the form after a quick conversation (as alluded to above).

And we were off and running with our search for the candidate.  Well, almost.  There seemed to be a few, shall we say, problems with the req:

OK. So, if you’ve ever had any experience with tech recruiting you should already see some issues here. If not, I’ll break it down for you.  First up, old technology sucks and most people want growth, not to stay dormant or go backwards.  Second, DBAs (that’s database administrators, if you need tech translated) don’t generally get Security + certifications. It just doesn’t fit their skill set. Third, a SECRET clearance is pretty standard in the DC Metro market, so this isn’t necessarily an issue, but it brings me to the biggest block of all.

Fourth, finally, the position only pays $$k?  (my company told me not to disclose the actual amount).  What?  Are you kidding me?  With all this stuff added up there is just no way that this is fillable.  I mean, I’ve made some recruiting magic happen in my lifetime but this was just crazy sauce.  I called the manager to clarify the comp and see if there was any wiggle room.  I also wanted to know more about the certification requirements and what the scope of the project would be.  At the end of the conversation, I tossed out the certification from the requirements list, replacing it with an understanding they be open to obtaining and could be clearable, which meant they had to be US citizens.

So that was cool, but I was still stuck with old tech and an unrealistic price tag. To say this was going to be a challenge would have be an understatement, to say the least.

I posted the job description per OFCCP regulations and internal rules, rolled up my sleeves and started sourcing.  I hit the boards, internal database, my own network of contacts (or what I call my ‘Hot 100’ list), and doing the whole referral thing.  Biggest two problems I was having were…you guessed it…the tech and the money.  I actually found some peeps who could and would do the job, but they had been in the business for a while, which means they were making WAY too much money!

One person actually replied to an e-mail I sent that stated, simply: “I don’t know anyone that would work for that low.  I work with people that are out of school for a year or two and make more than that.  Good luck on your search.”

GREAAAAATTTTT.  This went on for almost two weeks. I found three people I could present. I was pretty happy about that. All three went down in flames.  I know you’re probably wondering the same things I did at first.  What the heck is going on here?  Are you ready to find out? Here we go then.

The manager was wrong.  The project was a 2008 to 2012 migration, papow! He also tells me that he actually brought in the other DBA at a much higher dollar amount than the one I was stuck with, kablam! I can’t say how much, but let’s just say it made the job look a LOT more attractive than the package I was peddling.

The previous interview failures finally started to make sense.  I tell him this would have been great to know two weeks ago.  But now I’d have to start from square one, repost the role, start a completely new search with a completely new sourcing strategy, and so on.  An hour later, my boss and I get this little gem of an e-mail form the Program Manager (who happens to be the Manager’s boss):

“You cannot post the vacancy and just wait and “they will come.” I know it takes time, but CareerBuilder and Dice need to be searched thoroughly. The manager has not been receiving qualified candidates. It would be helpful if the candidates are screened [recruiter talking to the individuals] more carefully prior to being referred. I don’t expect Derek to perform a full interview, but some basic questions about their qualifications required for the position may also have helped screen out some of the candidates. If you tell me this occurred, then Derek needs to have another discussion with the manager on the position.”

So to CLARIFY: I was given the WRONG information, the WRONG salary and I am sending UNQUALIFIED candidates.  Lovely.  Due to a complete breakdown in communication between the Program Manager, the Project Manager and me, I am the one that is not doing the job right.  Thank you so much for telling me I should be actually sourcing instead of just relying on the post and pray method.  Never mind that we’re required to post every job, every time.  We have rules, you know, and if you don’t, then it shows you know nothing about how recruiting really works.

The Moral of the Story

Now, I cannot discuss something that I know nothing about.  I can’t pretend like I’m an expert in something I have zero experience with, because that would be one hell of a superpower.  Also, last time I checked in with you, EVERY PERSON you’ve hired in the last few months came from SEARCHES I have conducted, and I have made you very aware of this.  Yet again, it’s my fault.  Never the manager’s.  Another refusal to put the onus on themselves, another flat out denial of at least some of the responsibility for something.