Membership
Home / Articles / Passion Pay: How To Get Paid For Doing What You Love

Passion Pay: How To Get Paid For Doing What You Love 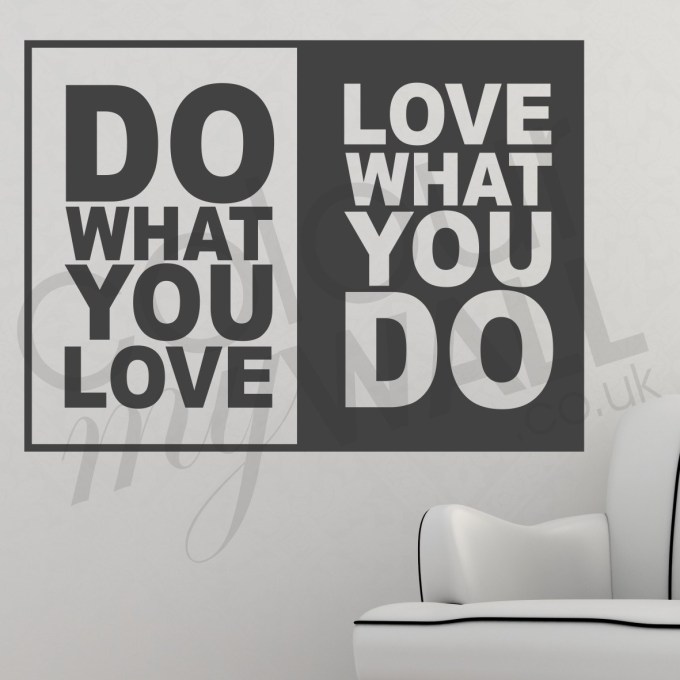 Work, as we all know, kind of sucks.  But while there’s an element of luck and timing involved, I’m pretty convinced that finding your dream job isn’t a pipedream, and amalgamating vocation and avocation is possible for pretty much anyone.  Oddly optimistic for me, I know, but then again, I have no reason to be a cynic on this particular point.

If you spend Sunday nights filled with dread, and wake up on Monday mornings filled with a combination of fury and angst while slapping the snooze button on your alarm clock five, six times to avoid the inevitable roll over to the same old rigmarole, you’re probably part of the disengagement epidemic currently ravaging the workforce. The thing is, it doesn’t have to be this way.

Good news: you’re not alone in your antipathy.  According to a recent Gallup study, two out of three workers openly admit to disliking their jobs. Of course, it’s likely were that particular survey administered on a Monday morning, that number would be a hell of a lot higher.  But what if you could start your week off actually excited about the prospect of another week at work? As Tevye would say, “sounds crazy, no?”

Crazy, maybe. But not impossible. Imagine getting paid for what you really love to do instead of working for the man at a gig that’s slowly killing your soul?  Loving what you do means doing what you love, and if you’re passionate about something, there’s a good chance you’ve got the necessary prerequisite for making a professional passion play and getting out of the grind.

Cashing Out: In The Beginning

We all have that moment of clarity and calling.  Whether you’re a five year old girl whose Easy Bake Oven inspires a culinary career years later, or whether you’re a teenager fascinated with the mechanics of motorcycles and suddenly have an insatiable need to know everything about them, or even a college student who finds a purpose in philanthrophy volunteering at a homeless shelter, we’ve all had that moment where we figure out our professional purpose.

The problem is, that passion rarely pays, and pragmatism takes over once our student loans and the realities of the real world kick in.  But it’s that childhood sense of invincibility, and the overwhelming sense of possibility, that you need to tap to have a hope of turning your passion into a paying job.

And we’re not talking about stuff like being an actor or astronaut – we’re talking about introspection, identifying what about your passion it is that you’re actually passionate about and applying those key drivers to choosing a career.

That little girl can transform that Easy Bake Oven into a career as a head chef, a baker or even a pastry entrepreneur (the dream job of most of SHRM’s membership, I’d suppose).  That teenaged boy with the love of motorcycles doesn’t necessarily need to become yet another liberal arts major forced to get a degree just because it’s the thing to do – he could start a shop selling motorcycle parts or even building his own line of custom bikes and accessories.  That girl finding meaning through giving back could easily pick up any people-centric career, from nursing to social work, from being a hotel concierge to being an HR leader. Well, maybe if she loves people, not the last one, but you get the point: passion is actually actionable if you know what it is about what you love that makes you love it.

Hell, you can even get a job growing marijuana or playing video games these days, which would have been nice to know when I was preparing for the job market back before either was a realistic possibility.  I should have stuck to my guns, because really, anything’s possible. Even getting paid to blog about BS like career best practices.

Cashing Out: The Roadmap to the Rest of Your Life

It could be that your dream job requires some sort of specialized education or skills training. For example, you’ve got a better shot at turning an Easy Bake Oven into a career with formal culinary training, or become a certified technician before starting to work on motorcycles.

You can always volunteer to social causes, but you’re much more likely to make a viable living with, say, a social work degree.  But if you’ve already graduated and think it’s too late, good news: it’s never too late to learn.  You don’t need to go back to school to pick up the skills you need to monetize your passion, but you do need to have a clear understanding of business, interpersonal relationships and how to put in the work required to get the job done.  Those are something that you’ve likely already picked up doing a job you hate – so on the bright side, the good news is your crappy job wasn’t a total waste.

The most important thing of all, though, is that if you’re really talented, and really committed to making any work work, it will work out. There’s no faking passion, and there’s no way to hyperbolize the premium placed on the few people who are not only really committed, but also really good at what they do.

Quality is the most important driver of them all, because good output leads to a good living if you’re good enough to go all in.

The key is making that leap to begin with. It isn’t easy; I took half the salary I made at my corporate gig and have about twice as much work to do. But the thing is, money really can’t buy happiness, but happiness buys a quality of life and self-satisfaction that’s actually worth the seemingly small sacrifices required to start over again.

If you think that money is everything, I’ll bet you hate your job.  I did once, and the quest for cash was ultimately unfulfilling, because no matter how much you make, if you’re not working for yourself, you’re putting a lot of sweat equity into making someone else’s equity grow more. That’s not satisfying or self-edifying; that’s stupid, really.

There are a ton of great resources, from Glassdoor to Payscale to Salary.com, which let you easily see whether or not your chosen path is going to be worth cashing in your chips and walking away from the house rules. For instance, as awesome and interesting as baking might be for that little girl with the Easy Bake Oven, and no matter how outstanding her culinary creations are, she’s unlikely to make more than $30,000 a year, and that’s in a lucrative market with formal training and tenure.  Could be, Betty Crocker is a better bet.

A certified mechanic, like the teenage gearhead we discussed, can expect to make in the ballpark of $43,000 a year depending on the type of repairs he’s doing and the level of training he’s received – although such training costs far less than a traditional college degree, often with a significantly higher ROI.  A social worker, like a teacher, is severely underpaid, making anywhere from $24,000 to $70,000 a year, with the top range saved primarily for those possessing quite costly, time intensive MSW degrees.

These passion plays, obviously, don’t pay anywhere near what you could make as a banker, an engineer or an accountant.  But the opportunity cost for happiness is incalculable, and edification and self-actualization in employment can happen at any age. Whether you’re 18 and just starting out in the workforce, or have decades of experience under your belt but decide that maybe you’re not doing what you’re supposed to, it’s never too late to try something different.

And while it might mean a lifestyle adjustment financially (at first), finding a way to do what you love pays off in more than compensation – it makes Monday mornings actually worth waking up for.  And as far as opportunity costs go, that’s pretty priceless.  Trust me.