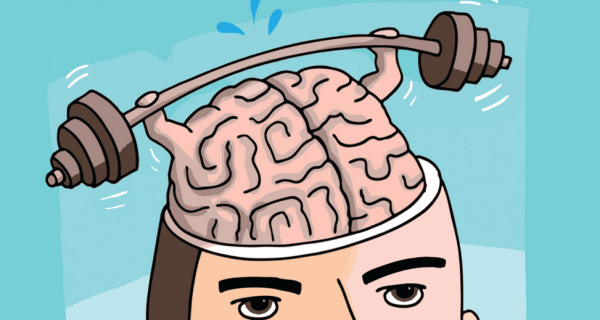 Man, it’s kinda depressing how everything in business that could have meaning somehow became a buzzword. Today’s example: “talent sourcing.” Let me set up a few things for you.

This is what you’re left with. If you were to conceive an American child this evening, there’s a good chance that said child has no clear career path around age 22 — which is when the career path commences for many. The basic life path is changing. Some people are out there having real, honest discussions about it — but most are burying their head in KPIs. This is probably less than stellar for our futures.

Into this cluster mess walks Mr. Talent Sourcing. Typically this is some “HR pure play” (heard that in a meeting once) whereby someone presents a “strategic plan” — it’s really just a shitty PowerPoint — and claims that’s the “talent sourcing play” for the next few years. Meanwhile, every time a new job opens, the hiring manager covers his ass by throwing HR under a train. No one speaks of “talent sourcing.” Instead, everyone lights their hair on fire, does a little Post and Pray, and hopes the ATS delivers a big win. The ATS whiffs, screening out the best people, and it’s time again to rinse and repeat the All-Bullshit, All-The-Time hiring process mess. Talent sourcing? My ass. The hiring process is completely broken.

The last two people I talked to who were in a job search called it “inhumane.” Both of them called it that, without prompting. When we’re describing hiring like we describe slaughtehouses, we might need a new approach here.

“I need executive buy-in on my talent sourcing plan!”

Any office you work in, everyone talks about “executive buy-in.” It’s like gold. It should be traded commodity. This becomes a problem, of course. Those executives get inflated heads — “Everyone needs me!” — and essentially expect you to kiss their ass at every turn. If you don’t, you’ll stay at the same pay grade for 11 years. It’s a miserable cycle and many people simply call that “the middle part of my life.” (While spending 60 hours/week there.)

Here’s the simplest problem with HR, though: executives don’t give a shit about it. It doesn’t make money. What it does do — in their eyes — is compliance and hiring. Most executives view themselves as above compliance (ethics are doomed) and the common refrain on hiring is “Eh, people are interchangeable.” (Dirty little secret: so are executives.)

So when you’re talking about “talent sourcing” or “hiring strategy,” you’re starting from a place that executives could care less about. But for anything real to happen, you need to make them care. How does this occur?

Chest-pounding thought leaders would say “Put it in terms they can understand,” and then give no concrete example. I’ll try to give one or two.

Employers are increasingly finding themselves in the “post and pray” mode, rather than having confidence that there’s a sufficient pool of quality, diverse candidates that they can recruit from. That’s why, in the last few years, employers have become much more proactive in thinking through how they really restructure the supply chain that brings them talent.

Not sure how “proactive” most companies are, but hopefully it’s trending that way. The last place I worked once took 47 minutes to figure out how to save a job description as a PDF. That’s an 11-second task that somehow took significantly longer, so … we ain’t living in talent sourcing utopia just yet.

Vocabulary is very important at offices. The words people use to describe their specific relevance are sacred to them. If you change “talent sourcing” to “supply chain [for people],” now there’s a bit more caring on the executive side. But you can’t just change the vocab. Next, you gotta change the numbers. The spreadsheet has to reflect.

This is what you need:

Now you’ve changed the terms and the numbers. You’re closer to executives actually giving a crap about this stuff.

What we did to “talent” in most first-world business

OK. For decades this barely mattered and margins were OK. But now we’ve got a problem: an educated generation is exiting, a less-educated generation is entering, and we’re all about to have robot overlords. It’s a much more complex picture. Some exec can sneer, “I’ll just get robots for everyone — at cost!” That works for some businesses, sure. It doesn’t work for all businesses, though, and we need to spend a few years sussing this all out. As we’re doing that, how about changing the discussion around talent sourcing? How about using terms and numbers that executives will legitimately respond to?

Hiring is inhumane to candidates, and it often leads companies with the wrong person. So clearly it’s broken on both sides of the equation. We might as well try a few simple presentation and wording adjustments to talent sourcing, right?