Is “loss aversion” killing your recruiting? 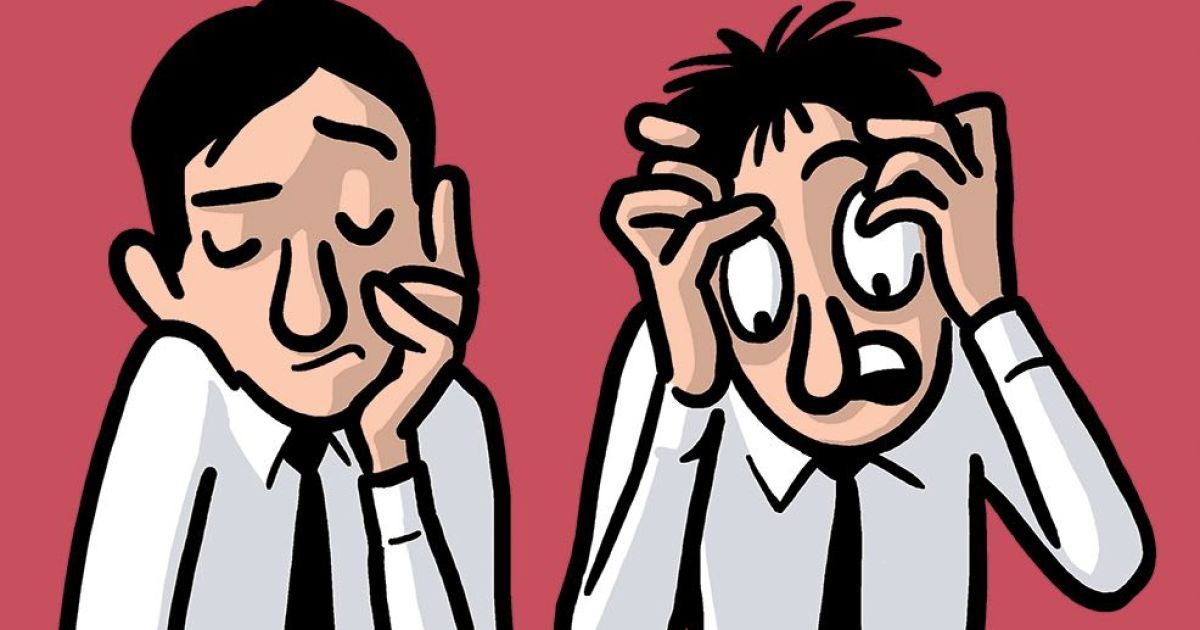 What is loss aversion, you ask? Well, let’s get right into it. We’ll start with this article from Harvard Business Review, which discusses both loss aversion and conformity. The latter term you probably understand at work — it’s why new ideas are stunningly rare. But as for “loss aversion,” well, let’s get into that.

Humans have a negativity bias, which is logical. Most of our thoughts in a given day are negative. But in this context, “negativity bias” means our fear of losing usually outstrips our potential thrill from winning. In short: we are terrified of taking risks. Cultures like Silicon Valley have deified risk-taking, and in the process a few guys over there have made eye-popping amounts of money. In general I think we all know that risk is a good thing when somewhat managed, but most of us are clueless about how to manage it.

I’m guilty of this 100 percent, or even higher than that. In 2012, I was living in Queens surrounded by friends. I was restless in my job and potential career arc, though, so I went to graduate school at the University of Minnesota. At that point, my only real connection to Minneapolis was an airport layover. Going to grad school had pros and cons, but I’m not sure it was worth the risk — or the debt. Then I moved to north Texas for a job. Again, pros and cons — but I got canned from that job. I’m maybe not the best with “taking a leap” risk decisions, you know?

Here’s some nice research on loss aversion. Give a person a bet, and tell ’em they have equal probability to win or lose. An average person requires a gain twice the value of potential loss before he/she will accept the bet. Same deal: we react to angry faces in any crowd faster than happy faces. Negativity bias. Loss aversion.

See how some of this might be tied deeply to how we work?

Loss aversion and copying others

You ever get annoyed by how many companies just seem to copy their rivals? A big modern example is Instagram and Snapchat, but there are hundreds of others. Most marketing campaigns seem totally stolen from other marketing campaigns, too.

Why do you think this happens?

The No. 1 reason most would say is “people are dumb” or “lack of good ideas.” That might be true. The more obvious reality along those lines would be “Ideas are good, but managers have no clue how to vet new concepts.”

Anyway, that’s logical — but here’s the real reason. Loss aversion. We’re terrified of messing up or taking a hit. So if we see something in the same vertical/industry that kinda sorta seemed to work, well, we want to ape it. That will probably get us closer to a win than a loss. Loss aversion, writ large.

Digital scaled really fast. Google is still only about 18-20 years old, and it’s globally pervasive as a concept. Facebook got to 500 million users in six years. Honestly, mobile is scaling even faster. There are more mobile devices on Earth than human beings right now.

This has massive implications for work. A lot of people running companies these days (with a few exceptions) didn’t “come up” in this world. They know a whole different series of business tricks and tactics to drive (or semi-prove) growth. Digital and mobile terrified them. This is why many digital strategies suck and why the only real way to do digital marketing well is to “blow up the bridge.” (In other words, remove the excuses.)

Loss aversion plays in here too. These were such new concepts, and people had no idea how to respond. Loss aversion kicked in, and they were terrified of losing or dropping down a peg. So they tended to take one of three approaches:

If you ever meet a SEO consultant at a happy hour, you can tell him “Loss aversion explains your job.” He will have no idea what you’re talking about, but isn’t that half the fun?

Loss aversion and what work really is

We love to talk about work being virtue and all that, but by and large a lot of that is bullshit. Most people want really basic stuff from work, including:

Sure, sure. There are company-builders and other guys who want way more out of work. (Women too.) But by and large, this list above is what an average worker wants. You can argue with me if you’d like, but here’s my counter. Most jobs are insanely focused on the quantity of work getting done, as opposed to the quality. Why? Because these bullet points above are what really matter, and quantity underscores a lot of those. This is the same problem with “busy” vs. “productive.”

This all speaks to a bigger issue. We’ve all seen the quotes from guys like Tony Robbins saying “Work is 80 percent psychology and 20 percent execution.” Great. Here’s the fucking problem with that. Some CEO who would hand Robbins $500,000 for a speech doesn’t believe that quote at all. He probably thinks work is 90 percent execution and 10 percent counting your bonus. Psychology? Isn’t that for academics? I got my MBA at Wharton, bay-beeee!

The AI robots ain’t here yet. As such, work is still made up mostly of human beings. Thus, it’s an emotional place. We cannot strip the psychology from how we make decisions. Look at something like succession planning, right? You’re about to tell a guy with 40 years in this industry “Hey, someday you’ll be gone.” That’s extremely emotional and psychological. Many people derive huge chunks of their self-worth from work. We can’t just toss out the psychology and connective elements because it doesn’t seem “hard-hitting business” enough to us.

Loss aversion is a major thing that explains every aspect of our professional lives. So is something like confirmation bias. “Motivated reasoning” would be another one. These are all concepts rooted in psychology and academia that we need to understand if we want to make work, well, work for us.

What else would you add on loss aversion?