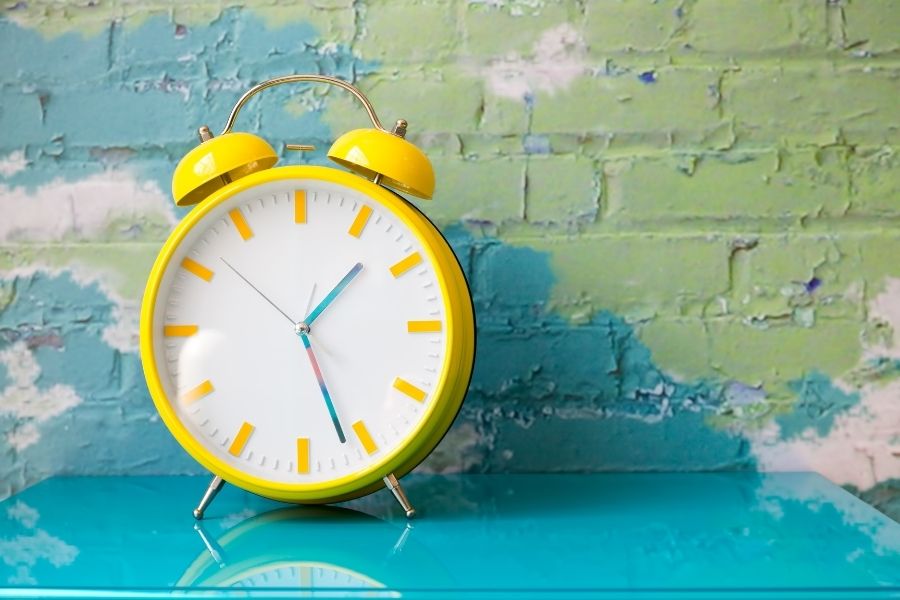 Tee-Shirts and the Four-Day Workweek

As was documented by the BBC, “Google’s success originated in one simple insight from its founders, Larry Page and Sergey Brin. They realized in the late 1990s that the sprawling, chaotic mass of material that was cascading onto the World Wide Web could be tamed by ranking search results according to their popularity.”

They took something complex and they made it simple. It was a morse code-level breakthrough. Now that they had their business idea, they needed people to make it work.

Not just people. People with very specific skills. People that they could not afford.

Does this at all sound familiar?

Pour Me a Pint

So Google did what innovators do. They simplified and streamlined part of the work environment. Don’t want to wear a tie or heels? Come to Google. We wear jeans in the office, like maniacs right, or so it was thought. How you dress determines how you behave, was the reasoning. Google disrupted corporate culture as much as it did search.

Google was able to see something beyond the employee satisfaction survey blind spots of the time. People didn’t want casual Friday. They wanted casual every day.

Google became Google by finding and exploiting the blind spots of its competitors. They found a way to give their customers, in this case, the talent they needed, something they didn’t know they wanted until the very second that they heard it. Casual every day and beers in the fridge.

And yes, this was 100% not just a thing but the thing. When I started my career as an agency recruiter back in the stone ages known as the early 2000s, I wore a suit and tie to the office every day.

Google said, come in a t-shirt, flip flops. We have a pool table and stocked beer. And you know what? For the price of allowing people to wear what they want and a few brews, they got some of the best minds available and were able to turn Google from an idea into a multi-billion dollar empire.

So, What’s Your Point?

So how does that relate to the market today? I’m sure many of you already know. The next Google is out there thinking, I’ve got this very specific idea to take something very complex and make it very simple, The problem is, I need people. And not just people, but people with a very specific set of skills, skills I can’t afford.

Didn’t we just leave this story? How do I get Google’s talent so I can become the next Google? What can I offer that won’t cost me any more than flip flops, t-shirts and a few beers… oh, I know.

This may come as a shock to those of us in TA, but serious companies and serious people have already begun to explore a four-day workweek.

Many of us in the industry are familiar with Microsoft’s experiment with a four-day workweek in Japan in 2019. The old proverb, “You can’t pour from an empty cup,” seems to runneth over to your bottom line.

Microsoft publicly shared that their productivity increased by 40%

While the idea has been around for a while it is worth noting that the intensity of talk about this has increased even in the last 30 days.

Kickstarter will test a four-day workweek in 2022, will your workplace be next?

The 40-hour workweek isn’t working. Reducing it could help with productivity.

This is a war of attrition and anyone who has read “The Innovator’s Dilemma” knows how this story ends. If you don’t, ask Sears, K-mart, Blockbuster…

This isn’t a war for talent; this is a war for change.

For those of you who don’t have the time at the moment to read “The Innovator’s Dilemma,” the point of the story is this: The best-run companies in the world are ultimately undone because they become too good at delivering for their customers.

They become symbiotic, and the thing about symbiosis is that in developing that connection, you don’t spend the energy or focus on innovating. You simply iterate and what inevitably ends up happening is that someone else is able to give your client something new, something they’ve never experienced before, something they didn’t even know they wanted until just now.

What Do We Want?

What workers at Google and Facebook and the K-marts and Sears of our day want is something different from what they thought. The surveys all say the No. 1 thing that people want in a job is compensation. There is a blind spot in the survey. Time is never given as an option.

What the innovators have rediscovered is that the thing they can offer is time. This has been masquerading as “work-life balance” in the survey, the same way casual Friday masqueraded as the actual desire for casual every day.

Google made billions of dollars saving humanity trillionths of a second. What will the company that saves humanity eight hours be worth? E = MC2. The physics of innovation suggests that we exchange our time for money.

If I can’t climb Mount Money to get the talent I need, what can I do to attract it? I know the one thing I have as much of as Google. The one thing we all are equal in.

I can offer you time.

This idea is hardly new. We typically think of a five-day workweek as being “standard,” but that was not the case for most of history. Before the worker riots that are memorialized by labor day in the U.S. took place, a six-day workweek was standard and workplace safety was not a phrase that existed.

Innovation doesn’t necessarily need to be new, it just has to be different. The smartphone is an example most of us are familiar with.

The (R)Evolution at Hand

Over 150 years ago, Charles Darwin outlined the same principle in his book “The Origin of Species,” where he said, “It is not the strongest of the species (corporations) that survives, nor the most intelligent that survives. It is the one that is most adaptable to change.”

The lesson of history is that large, well-run companies fail because they are unable to change their delivery as fast as their customers change what they demand. After a disaster, there is always a rapid period of change.

We Want it Now (or Pretty Soon)

Humanity has suffered a collective trauma the likes of which has not been experienced in most of living memory. Humanity has had a moment of pause. We stopped for a minute and when we did, the sky cleared up and the animals returned and we had time to notice.

And after all, wasn’t that the sales pitch for technology all those thousands of years ago? The point was to give us time. Time when we didn’t have to focus on taking care of our immediate needs or the needs of others. Time to explore, time to relax, time to connect, time to sleep, time to think.

Oh look, it’s something new, something you’ve never experienced before and something you didn’t even know you wanted until just now. The demand for talent is going to make us appreciate the value of time. And now O. Henry and Alanis Morrissette, behold your baby.