Event Horizon: How To Choose the Right Recruiting Conference 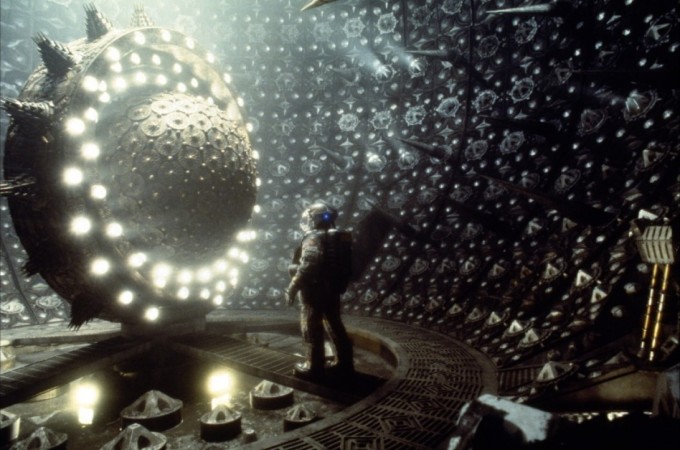 I’m pretty sure I could convincingly claim I attend more HR and recruiting related conferences than anyone on the planet, with the possible exception of Bill Boorman, who has covered more cities than Frommer’s (#Tru becoming something of a social second wave of British imperialism).

As an aside, I am not making this statement, in any way, as something I’d ever brag about. In fact, quite the opposite. I’m frankly ashamed at the percentage of my life in my 20s (now that they’re squarely in the rearview mirror) I spent traipsing about the country going to these events, some so obscure and cut rate that even I wondered out how our PR team ever found out about them in the first place.

I also wondered, once found, why they would then throw down cash so I could fake my way through some generic Power Point presentation with their logo and URL splashed at the bottom. Good investment, right?

Well, from the attendance at most of these, at least, I can tell you that at least for the people organizing events, it’s a fairly booming business.

Out of the Office: Opportunity Costs & Recruiting ROI

Even in the age of social media, people still make great sacrifices to attend any coffee klatsch or cocktail hour you happen to throw your marketing dollar at promoting.

Like, who wakes up to go to a harness racing track at 7 am for a vendor-sponsored breakfast on how to write job postings? Who attends a tweet-up at 9 pm on a Wednesday to do karaoke in a roped off section of some shady club in the seediest part of town (even though the invite says ‘cash bar only’)?

If you think this sounds insane, you’re right. Who the hell are these people, anyway?

The answer is recruiters, who, for whatever reason (you know exactly the reason), will show up any time there’s a chance to be out of the office networking. I think that a lot of the regulars on the industry conference circuit forget the fact that, for most recruiters, there aren’t a whole lot of opportunities to get to learn something new or meet other people to swap recruiting war stories with.

For those of us lucky enough to be on the speaking shortlist, it seems there are far too many conferences. In the busy season, there are a dozen recruiting or HR hashtags going on any given week, social media supernovas that burst brightly but fade quickly. Same shit, different hash tag, but let’s just say that your departmental development budget is enough of a cash cow to justify the sheer number of events related to a pretty niche discipline.

As you’ll hear in every single vendor-sponsored presentation ever, recruiting is an industry that generates billions of bucks every single year, which is why the same vendors travel the circuit like gypsies, a caravan of stock image backdrops and LCD screens moving en masse from city to city. So it figures that at least a few actual practitioners might pop up here and there to get their badges scanned and hear a pitch for your product – this is big bucks on both sides.

The Commoditization of Recruiting Conferences

Those that do, despite the fact that influence peddling is a cottage industry that’s become an omnipresent ancillary to the human capital landscape, in fact probably don’t get all too many opportunities to attend one of the conferences that those of us who do this for a living take for granted. Some even take personal time and pay out of pocket for the privilege of sitting in the ballroom of some shitty Sheraton and listening to some lawyer talk about diversity compliance.

Which is amazing, and speaks volumes, but that audience for which all this content is intended in fact are, paradoxically, those most ignored by the professionals tasked with providing them enough value to justify the time out of the office alone, not to mention the four digit price tag that’s the going rate for most of the major events, at least.

Good news is, most of the time, the people who are making money by basically inventing professional certifications also require you to keep paying to keep that credential active, and one of the most expedient ways to do so is by attaching CPE hours to the events they’re also charging you to attend.

The most ridiculous, to me, at least, are the user conferences that actually make practitioners PAY for the privilege of going to learn more about the software that they’re already overpaying for, sitting through an extended infomercial for the chance to figure out why said software is failing to deliver as promised. It’s not user error, but if you’re gullible enough to shell out for a user conference, than you’re obviously not going to question why they’re blaming you instead of their product.

That was a really long rant to lead into the point of this post: it’s important for all of us to remember the importance of delivering value beyond the revenue tickets and sponsorships generate for us to line our own pockets with.

I use that second person as a force of habit, by the way; a guy could go broke paying for the little costs like price gouged hotel coffee that add up going to these every week out of pocket (and has). I envy those of you who get to rent cars, or buy the next round of drinks on company plastic.

But somehow, you’re making it work, and justify it because this is a successful lead generation activity, somehow – although scanning badges is a piss poor way of capturing qualified ones, as a rule.

If you weren’t so profligate, and had to be way more conscious of the costs incurred as an inherent risk of working in the costliest of cost centers, you’d probably be way more conscious of the issues your attendees must deal with. Challenges like just how, exactly, you can justify the ROI for sinking thousands of bucks in sending your team off to one of these events.

It’s a big ask to add enough value to offset the skyrocketing prices that look like scalper rates outside the Staples Center. Seriously. But it’s the most important criteria to attendees when selecting conferences – and must be the first priority of anyone producing them.

Most recruiting professionals get to go to like one or two conferences a year, which means that they have to be extremely selective, which can be hard since they’re all superficially the same, at least in terms of content packaging and promotion.

I’ve been to a ton of shitty events, so I know how painful making the wrong choice can be. Many times, in the middle of a session, I’ve looked around the room at other attendees (I make it a point to attend as many sessions as possible other than my own), and think: what a waste it was for the people actually there to learn.

I feel genuinely bad for the people who enthusiastically sit there scribbling away second-rate stats about stuff like Gen Y or candidate experience, the type who show up for the early morning sessions and spend the coffee breaks actually networking with each other.

You know the type – the ones who show up with legal pads and take longhand notes even after you assure them you’ll be posting the slides on the conference site. The ones who insist on putting their credentials in their e-mail signature and use the ™ and ® symbols on their social media profiles.

The only actionable takeaway at most of these conferences these people go back to the office with is that they’re doing it wrong, and are probably screwed, which is the entire reason most of them paid to go to this thing in the first place. Fear is a great motivator, but it’s crappy content.

Culling Down the Recruiting Conference Calendar

I can’t tell you what recruiting conferences I think are worthwhile and which ones I think particularly suck, because it’s all relative – if you live in Vegas, say, you’ll probably get to be a little more selective about local events than your counterpart in Omaha, for example. Nor would I piss off anyone who produces conferences, because I love getting paid to travel the world and tweet it, and I’m kind of a whore like that.

There are a lot of stinkers, but for the most part, there are also a lot of great options, so I can only imagine how culling down to one or two (at best) must be for the recruiters who get bombarded by event marketers and conference advertising all competing for the same small market share.

So if you were expecting a top 10 list or something, sorry. Same goes for those of you who were hoping I had a point. But it’s Friday, and I needed to fill an ed cal slot with something. If you want to know what events I think you should attend next year, let’s talk offline.

I think they’re all great, as long as I’m there.