Membership
Home / Articles / Do your employees believe there’s a gender pay gap in your business?

Do your employees believe there’s a gender pay gap in your business? 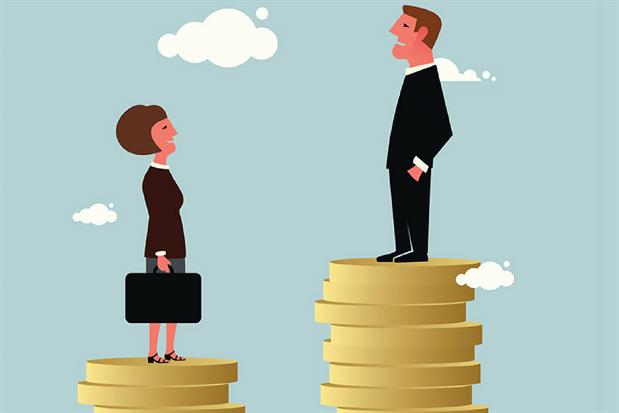 When I ask women about their experiences with the gender pay gap, most of the stories I hear usually go something like this:

“I was working late at the office one night and unexpectedly ran across a document that listed all the salaries in my business unit. I was shocked to discover that I and other women on the team were being paid far below what our male colleagues were making, all of whom were junior to me and had much less responsibility . . .”

“A bunch of us went out for drinks after work and I overheard two of my male colleagues talking about their bonuses and was astonished to hear the figures mentioned – much higher than both my base and my bonus. But I consistently out-perform them and bring in more business than they do . . .”

Up to this point in history, it’s probably safe to say that most gender pay inequities have been exposed by chance. Organizations haven’t been eager to bring them to their employees’ attention. Remember Lilly Ledbetter, for whom the Fair Pay Act of 2009 was named? Ledbetter received an anonymous note in her mailbox at work that disclosed the salaries of her male colleagues, all of whom held the same title and responsibilities. They were all paid 40% more than she was, and this had been the case for many years.

I’ve heard far fewer stories about women (or men) receiving salary adjustments because their organizations conducted a pay audit and discovered gaps. In the case of Salesforce, which has been conducting annual enterprise-wide salary audits since 2015 and making the results public, some men were found to be underpaid as well as women, and adjustments were made.

But for the most part, I hear from women who have made this discovery inadvertently, and many more suspect that they are making less money than their male colleagues, but they don’t know for sure—open salary conversations are still taboo in most workplace cultures. Which means that some of us are walking around wondering about it. Or ruminating about it. And suspicion doesn’t exactly go hand-in-glove with engagement and productivity.

But social media is changing this. What was once off-limits (like talking about who makes how much and who’s a not-so-great manager) is becoming much more of an open dialogue; the days of relying on the old-school code of silence to avoid the gender pay gap question are over.

What do your employees believe about pay equity in your organization? Have you asked them?

Of the 367 professionals (71% identified as managers, directors, VPs, SVPs, or C-level) who participated in a recent survey about gender and pay conducted by the Institute for Corporate Productivity (i4cp), most (49%) said that gender pay inequity is not a problem in their organizations; just 22% said that gender pay inequity is indeed a problem in their companies.

But here’s an interesting data point: 29% responded that they don’t know. They have no idea if it’s an issue or not, which can be as problematic as those who believe it is an issue. 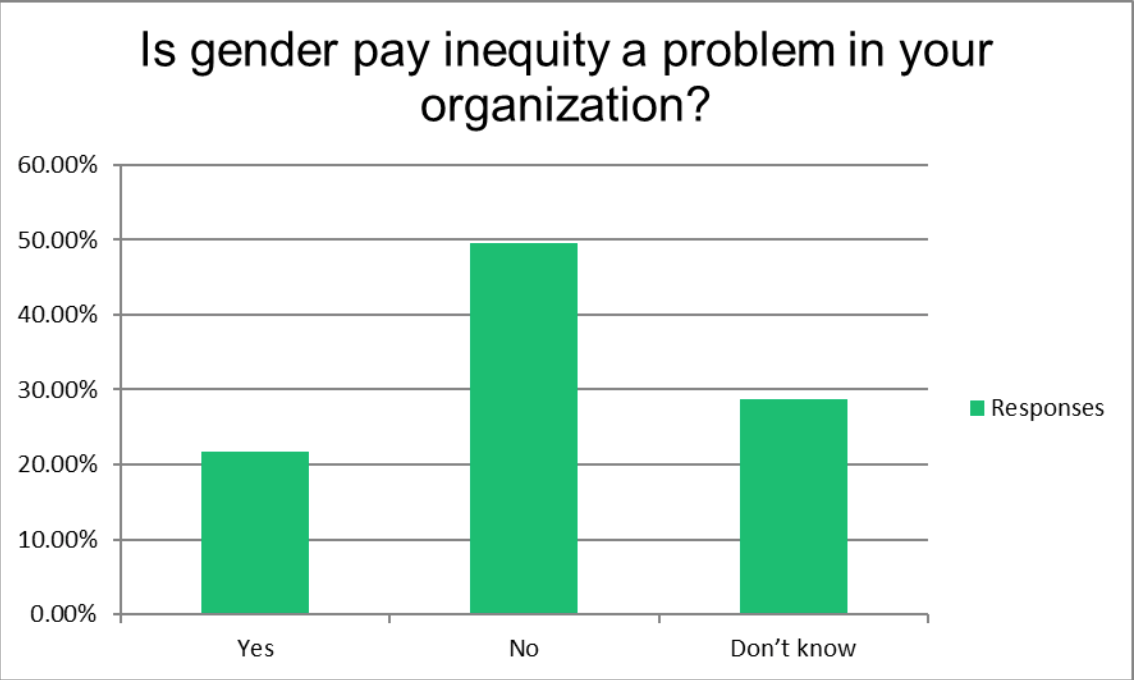 We are in a new era—early-career talent is coming into the workplace with their eyes wide open (i.e., they expect to be paid fairly and equally, period). And whether an organization is transparent or not about their pay practices, more and more, the conversation is happening anyway. On some levels, organizations cannot control the narrative about who they are and how they treat their employees.

But ensuring that there is a level playing field is a step in the right direction, and the foundation of this is ensuring equal pay for equal work and access to opportunity. Because this is about so much more than what your workforce looks like today—it’s about your ability to attract and retain the talent that’s going to drive innovation and carry your organization forward.

Lorrie Lykins is Vice President of Research at the Institute for Corporate Productivity (i4cp), and the editor of The SheSuite™ an ongoing series of in-depth interviews with women executives. She has worked in the field of human capital research for a decade, beginning with the Human Resource Institute, and has published numerous case studies, editorial features, and whitepapers on topics ranging from women in leadership, diversity and inclusion, employee engagement, talent acquisition, and talent management. Follow her on Twitter @shesuite