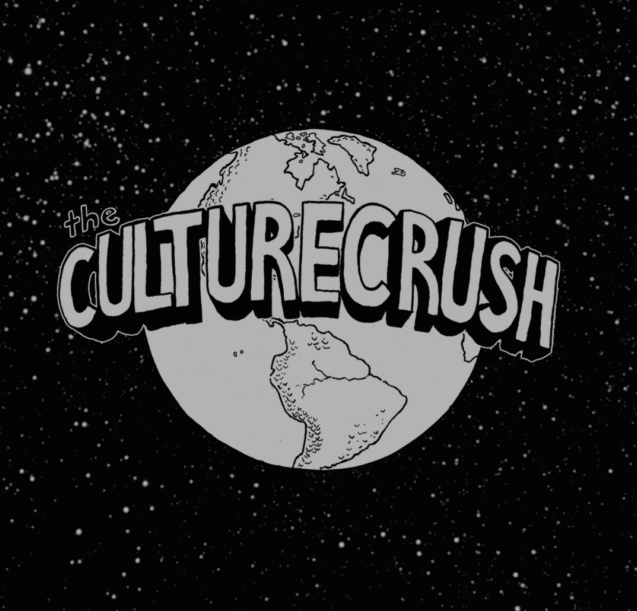 Sports teams are typically a child’s first introduction to culture. See, between the pop, chips and juice boxes, we’re teaching kids a lot of the lessons we later see HR posting signs about in our workplaces.

Think about it. From “remember to share the free snacks” to “respect is a core value,” the rules of corporate culture and good employee behavior are constantly echoed on the playing fields each weekend.

After spending the last 10 years on the field, I’m sure all the sports parents are happy to read that some day all of that will add up to something, even if it’s not a medal or a scholarship.

These interactions have an accumulation effect, creating beliefs etched in their memories about how teams should work and their place in the dynamic. Just like a swing or any other move you learn begins to turn into muscle memory, athletes memorize teamwork, compassion and consideration as well.

In “Orbiting the Giant Hairball: A Corporate Fool’s Guide to Surviving with Grace”, Gordon MacKenzie – the former head of creative at Hallmark Cards – writes about speaking to elementary school students…

“Hi! My name is Gordon MacKenzie and, among other things, I am an artist. I’ll bet there are other artists here, too. There have to be with all the beautiful pictures and designs you have hanging in your classrooms and up and down the halls. I couldn’t help but notice them when I first got here this morning.”

“Beautiful pictures. They made me feel wonderful! Very energized. So many bright colors and cool shapes. I felt more at home when I saw them because they made me realize there are other artists here, besides me. I’m curious. How many artists are there in the room? Would you please raise your hands?”

First grade: En mass the children leapt from their chairs, arms waving wildly, eager hands trying to reach the ceiling. Every child was an artist.

Second grade: About half the kids raised their hands, shoulder high, no higher. The raised hands were still.

Third grade: At best, 10 kids out of 30 would raise a hand. Tentatively. Self-consciously.

And so on up through the grades. The higher the grade, the fewer children raised their hands. By the time she reached sixth grade, no more than one or two did so and then only ever-so-slightly — guardedly — their eyes glancing from side to side uneasily, betraying a fear of being identified by the group as a “closet artist.”

She would describe to the sixth graders the different responses she received from the other grade levels. Then ask, “What’s going on here! Are all the artists transferring out and going to art school?” Usually, in recognition of the little joke, students would laugh. Then she said

“…I don’t think that’s it. I’m afraid there’s something much more sinister than that at work here. I think what’s happening is that you are being tricked out of one of the greatest gifts every one of us receives at birth. That is the gift of being an artist, a creative genius.”

Something equally sinister is happening once candidate experience is turned over to the scions of the employee experience.

All Grown Up: Artists in Action

When they arrive at their employee experience, the “new car smell” wears off quickly. The excitement of a new challenge dies off and there’s almost instant proof in the job search data. In just 60 days, the majority of new hires have already looked for a new job according to Glassdoor.

On the other hand, people that fall into the retention trap fall to the wayside far too often – in passion and production, suffering under the consequences of staying in one cubicle in the back corner of the floor for too long. It’s a bit of a conundrum – that we preach the value of retention knowing well that it’s a death sentence for innovation and change.

The cure to the death sentence of innovation? Culture. It’s obvious in the select few companies with tenures that far exceed the average company and booming referral programs. But the true definition of culture is more unpredictable than the current dialogue and advice would make you believe.

In a FastCompany article a few years back, Gallup’s 2013 State of the American Workplace study was cited as it uncovered that flexible hours increased employee happiness more than free food, and but that “employee happiness isn’t the driver of company success.” The items routinely referred to by companies as evidence of their “unique culture” are in fact, more bribe worthy than culture enhancing.

Think of this in another way – when a child misbehaves at the dinner table, where are they sent by most parents?

Their bedrooms AKA the place where all the toys can be found.

Does going here solve the little darling’s behavior or performance problem that had him sent to the perk room in the first place?

Simple answer? No. We reinforce bad behavior. We create cultural spaces that quickly become culture caves – places that employees go to complain about their work, their managers and everything else that is going terribly wrong. In parenting, the experts might tell you that it’s time to directly address behavior and in this all-too-familiar metaphor for work, the advice is the same.

It’s time to call out your haters. It’s time to put them on the spot. Ask the hard questions and address the blockers to the culture you’re intent on creating. It’s about addressing the chaos that corrupts. We’ve all been there before. We know the people are talking and it isn’t good. Even worse, they’re sharing via social media tools and are infecting your brand.

Rather than letting the problems manifest, we need to create a manifesto.

It’s not comfortable or comforting but it does mean we’re getting somewhere. See, true culture – the kind that actually works, isn’t something you can learn with muscle memory. It’s an evolving thing, like the The Blob. It’s life – the Good, the Bad, and even the downright Ugly. Culture is a beast that engulfs everything in it’s path. It’s Love, it’s Hate, and all other emotions mixed together. Sometimes it regurgitates, sometimes it’s satiated. And sometimes it simply stagnates…

What people too often fail to grasp is that a beast can be tamed; that a snarling, frothing, teeth-gnashing monster of entrepreneurial entropy – or a musty smelling, curmudgeonly cesspool of cognitive conceipt – can willingly become a magnet of love (don’t snicker – great cultures are places of love). True love isn’t about bribes, baubles or beer but about continuously learning, honesty and caring.

So right now, right where you’re sitting, think about your company’s culture: Is it something that has been described to you, right down to where the “tees” are crossed and the “eyes” are dotted? Or is it something that you can feel in your bones without any clues? Is it a place where only certain people are welcome or one that is welcoming to all people? Is it one where it is dictated from the Founders on down or one that is remolded by the people around you?

In a collaborative co-writing effort, Steve Levy + Katrina Kibben took turns writing paragraphs to develop this article and concept. If you want to learn more about either of these authors, google them. That’s your job after all.

Steve Levy is a globally recognized sourcing and recruiting innovator, writer and speaker, and tireless supporter of ERE, SourceCon and other global talent acquisition communities. He is the Manager of Technical Recruiting at Zip.Co, a globally growing “Buy Now, Pay Later” technology company. Steve used to have hair, but has replaced this with tattoos and a dry sense of humor.