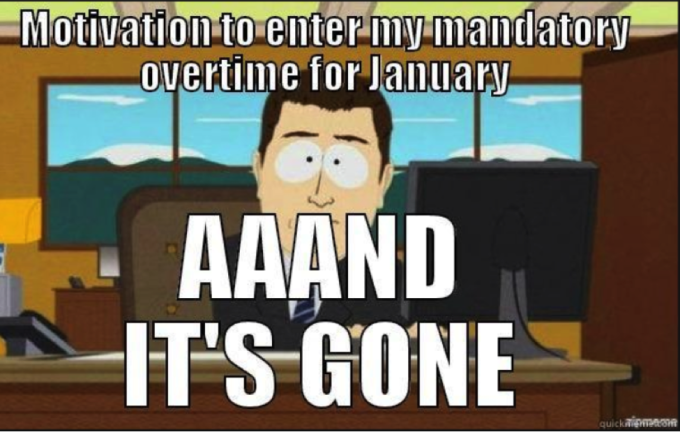 Every day, talent practitioners and leaders are literally inundated with a seemingly Sisyphusian mountain of recruiting related content.

From thought leader views to industry news, staying on top of the stories and following the trends that matter most can be a daunting challenge for even the most voracious content consumers.

That’s why Recruiting Daily asked Gerry Crispin and Mark Mehler, two of the world’s top recruitment industry influencers, to break down the most important industry news and views that every HR or recruiting professional needs to know to about the evolving world of work today – and tomorrow.

Here are the top 5 recruiting industry bellwethers shaping the future of talent acquisition:

Ever since Google offered up their gender distribution in IT earlier this year, Silicon Valley has taken a hit for the % of technology jobs filled by women. This Business Insider piece adds fuel to that fire.

CareerXroads Comment: What we would like to see is numbers reflecting ‘potentially available qualified women’ and other diversity stats to better judge the recruiting effort against the universe of possibilities.

We’re taking odds for the over and under on the average age of these workforces.

2. eHarmony Wants to be the ‘eHarmony of Recruiting’:  Find Yourself a Compatible [Employers/Employee] Now!

There are at least a dozen recruiting startups that describe themselves as the eHarmony of recruiting. Perhaps eHarmony heard them. At the JobG8 conferences held in June the last two years we’ve heard the chief scientist at eHarmony describe their progress.

Currently, at least three well-known employers are beta-testing this relationship matching firm’s recruitment matching model expected to hit the street by the end of the year.

This Washington Post article points out the science and a few of the challenges involved.

CareerXroads Comment: We think the potential for disruption is high for 2 reasons. First, the science employed by eHarmony and other relationship matching engines ‘learns’ and improves their algorithms by following the outcomes… something few firms ever do. Job boards and other matching technologies seldom if ever fine tune their claims by confusing them with results. Second, successful relationships between people require transparency between both parties. We can’t wait to mystery shop this angle.

3. Do You Know What’s in Your ATS?  How Many of Your Applicants are ‘Long Term Unemployed’?

And, is it a problem? The government defines the number of people out of work for longer than 27 weeks as ‘long-term unemployed and believes it has reached crisis proportions. This Huffington Post article quotes recent research suggesting that when hired, folks who were out of work longer perform at equivalent levels to candidates recently on the market even though they have to apply to 3.5 times the number of companies to attract a single interview.

CareerXroads Comment: The data collected from 46,000 surveys in 2013 and from more than 95,000 this year for the Candidate Experience Awards (http://www.thecandes.org) supports some of these numbers even though it stops at asking if the candidates were looking for “16 or more weeks.”

The data suggests 30% of the applications in your ATS fall into this category and may be (we stress the ‘may be’) overlooked, ‘not considered’, or more quickly dis-positioned as a result of length alone- especially given the preference for ‘passive’ by many in our space.

CNN Money noted that LinkedIn was recently forced to pay 3 million in back pay and 2.5 million in damages to employees for unpaid forced overtime practices. To their credit it appears that LinkedIn paid up without arguing.

CareerXroads Comment:When recruiters who hire people they know (but don’t enlighten) will be abused (bad environment, lousy jobs, bad bosses, bad products, etc.) finally die they will be offered at the pearly gates a tour of heaven and hell.

Their experience in hell will be so good they will choose hell forgetting that it is what they did to sell candidates on earth. Then, when they show up for eternity, the devil will simply smile while acknowledging to their shocked and pained essence that as a recruiter he is only rewarded for selling.

5. TRYOUTS: The Most Impractical AND the Best Selection Method.

Matt Mullenweg is the CEO of Automattic, his start up has north of 200 employees. He’s never been a recruiter but he spends 30% of his time doing it. His April Harvard Business Review article should be a call to action for recruiting leaders. His approach is simple…tryout. Come work with us for a short while. If that sounds like an internship, well, yes. But, now apply the concept to every level and position.

CareerXroads Comment:We know how hard it is to get over the obstacles but this article offers several ideas that have made it work for Matt’s firm. (Another article in the WSJ about Lego’s tryout for designers is also brilliant He is by the way the last to interview someone who has gotten through  a ‘tryout’ and he does it via a ‘text’ interview to avoid ‘seeing’ the candidate and that may be his most brilliant tactic of all.

The Implications of Moocs for Training [Slideshare] from Bersin at Deloitte

CareerXroads Comment:: 14% of Google’s professional hires have no degree. How will firms begin to evaluate and certify ‘knowledge’ as traditional schools and college degrees diminish?

CareerXroads Comment:: For more than a decade we’ve collected data that is seriously flawed to make only one point- we need to collect better data. Some vendors especially those with an agenda about which ‘sources’ employers should spend their money on will argue for their POV with even worse data matched only by their biased analysis.

But staffing leaders know just how confident they are of their own numbers. We’re still trying to make the same point. And the most recent data?…It is marginally better than 2002.

About the author: Gerry Crispin, SPHR is a life-long student of staffing and co-founder of CareerXroads, a firm devoted to peer-to-peer learning by sharing recruiting practices.