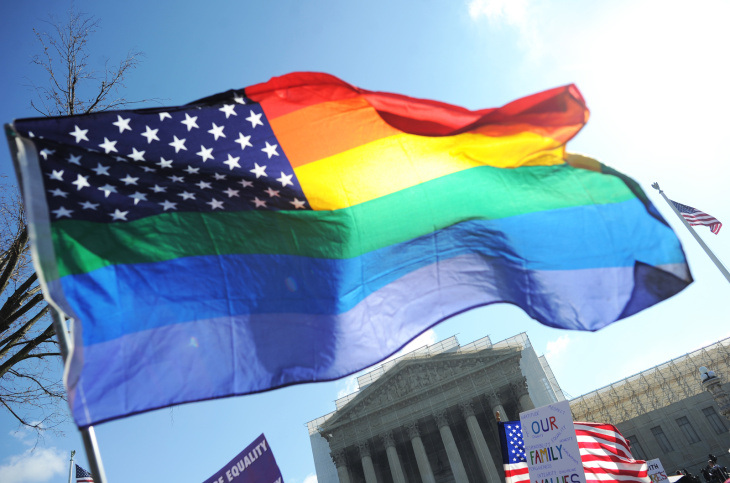 Just a week or so ago (July 17, if you’re keeping count), I wrote my last Recruiting Daily post, Don’t Ask, Don’t Tell (Seriously).  The secondary title: Why You Can Still Be Fired For Being Gay.  The reaction and feedback I received on that particular post was overwhelmingly one of sheer surprise.

With so many rules and regulations designed to ensure compliance with the complex, complicated regulations and minimizing associated risks – which is pretty much most HR generalists’ whole job – many wondered how a key diversity group could, in today’s world, remain an unprotected class.

Here’s the full text of the Executive Order (officially Executive Order 11478, If you’re keeping score at home).  I wouldn’t recommend clicking through, however, unless you’re a lawyer or are looking for a potential cure for chronic insomnia.  It makes vendor white papers look like pleasure reading.  Seriously – it’s like listening to the Books on Tape version of your mortgage.

But if you’ve got better things to do with your time than look at line after line of legalese and annotation-heavy allusions to federal case law, no worries.  I’m here to break it down for you.

Reading the Fine Print: What the Executive Order Actually Says

So what, exactly, does Executive Order 11478 do?  I’m glad you asked.  Here’s what this landmark legislation, the first federal law to expressly prohibit employment based LGBT discrimination, means in plain English:

Small Steps, But A Start: Why It Matters

This new order will affect approximately 24,000 companies that employ roughly 28 million employees, or roughly one-fifth of the nation’s workforce. That means 20% of American workers will finally have guarantees from the Federal and state governments of equal protection of gender identity and sexual orientation.

Of course, this is a baby step – not a giant leap forward for civil rights or employment law.

The top five federal contractors, in fact, already have voluntarily included sexual orientation and gender identity in their non-discrimination policies.  Similarly, many state and local governments across the nation also include these workers as protected classes in regards to employment discrimination.

Federal laws, however, have never before included sexual orientation and gender identity as protected classes.  This fact which allowed employers in states and local governments without similar clauses to continue legally discriminating against LGBT workers.

There’s been some speculation that the White House was waiting on executing the order until the Supreme Court finally handed down a decision in the watershed (and well covered) Burwell vs. Hobby Lobby case.  Of course, the Right’s victory threatens this Executive Order because it also excludes broad exemptions based on religion, but I’m not even touching that one.

What The Executive Order Means for HR & Recruiting

What does all this mean for you today?  If you’re in the 80% of workers or employers not covered by the Executive Order, it might be time to reassess your policies and procedures.

Here’s what I want to ask you to ask yourself – and answer honestly.

Do you know where your company’s employment policies and HR practices stand when it comes to sexual orientation and gender identity?  Do they even exist?  Because if not, it might be time to update those policies not because it’s the law, but because it’s the right thing to do, both for your company values and your bottom line results. Not to mention that discriminating against LGBT workers means discriminating against a pretty significant pool of highly skilled, well educated and extremely experienced professionals.

Discriminating against LGBT employees means closing the door on the door on the top talent your organization is investing so many resources to recruit and retain.  Continued discrimination just doesn’t make sense, no matter how you slice it. While this new Executive Order might be limited in scope and too small a step to really be considered progress, it’s important to stop and take note that one of the final barriers to full employment equality has finally started to crumble.

It’s up to all of us to do our own small part as employers, recruiting or HR leaders and human beings to do what we can at our own companies, with our own colleagues, to make sure that we finally end employment discrimination forever.

Because really? It’s about time.