Membership
Home / Articles / Another Year of Crappy Raises. Should It Matter to Recruiters?

Another Year of Crappy Raises. Should It Matter to Recruiters? 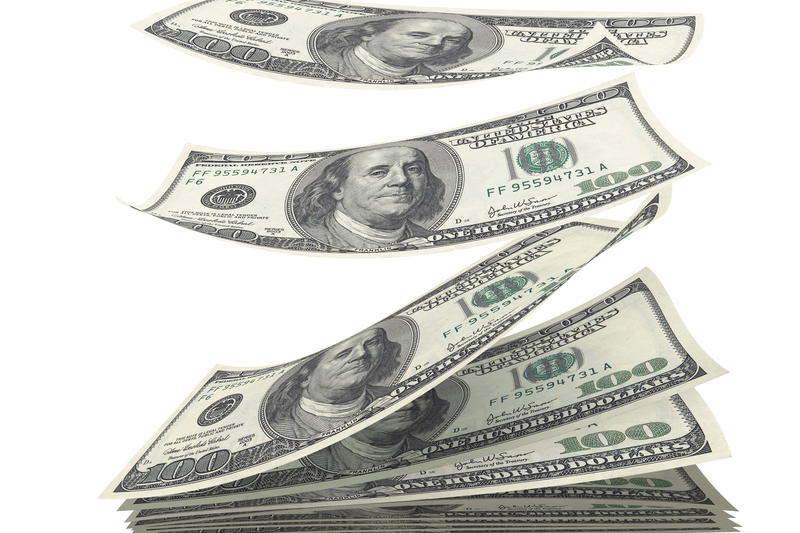 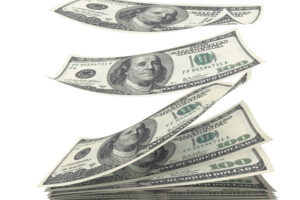 Every summer for nine years, I have written a blog post that nobody really wants to read. That’s because it always seems to give the same bad news — that American companies will again be giving employees, on average, a 3 percent pay raise in the coming year.

This year is no different.

A new survey just released by from Willis Towers Watson, “a leading global advisory, broking and solutions company,” found that U.S. employers say that they expect to hold the line on pay raises for their employees — again — in 2018.

The survey, which was conducted by Willis Towers Watson Data Services, found that virtually all respondents (99 percent) plan to give employees raises next year. That’s the good news. The bad news is that salaries for exempt (i.e., professional), non-management employees will increase 3.0 percent — the same increase they received in each of the past three years.

Employers are also planning 3 percent average salary increases for management and non-exempt employees. Executives can expect slightly larger raises — 3.1 percent in 2018, slightly less than executives received this year and in 2016.

What do 3% raises do to recruiting?

As someone who has been in the workforce managing people for a long time, I know first hand that a 3 percent average raise isn’t much of a raise at all because it doesn’t give much room to truly reward high levels of performance.

But, another year of 3 percent raises makes you wonder: How can employees continue to get such small raises despite record corporate profits and the continuing chatter from recruiters about their inability to find enough skilled talent? 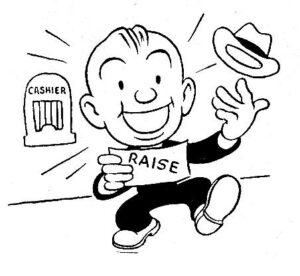 Earlier this month, MarketWatch.com dug into this odd dichotomy in a post titled, Companies to Workers: We’re Hiring, But Don’t Expect a Big Raise. They wrote:

Companies big and small are rushing to fill a near record number of job openings, but what they aren’t doing is offering bigger paydays.

The economy added an impressive 209,000 jobs in July to drive the unemployment rate back down to a 16-year low of 4.3 percent. Yet even the tightest labor market in years hasn’t translated into hefty raises for most Americans.”

A major part of the problem, according to MarketWatch, is that many of the jobs being created don’t pay very well. For example:

In July, restaurants generated one-quarter of the new jobs. Most restaurant positions pay well below the average hourly rate for U.S. workers, however.

“Professional” firms and health care providers also hired lots of workers in July and these white-collar jobs usually pay quite well, but there’s more to it than meets the eye. Many new health care jobs, for example, involve lower paid social work or assistance for the elderly. This is a big reason why it’s so hard to find workers.”

You can’t believe the unemployment rate

Here’s my take: There’s a big disconnect between recruiting/hiring and the meager raises employees have been getting, and that’s the hallmark of our tepid recovery from the Great Recession. As an Associated Press report pointed out in July:

Even with June’s strong hiring, average hourly pay rose just 2.5 percent from a year earlier. The last time the unemployment rate was this low, wages were rising by roughly 4 percent. Normally, as the number of unemployed dwindles, employers raise pay to attract job seekers.

Economists offer a number of explanations for why that dynamic hasn’t yet kicked in.

One factor: The influx of job seekers last month — who had previously been on the sidelines, not counted as unemployed — might have offset some upward wage pressures.”

This follows my premise that the way the Bureau of Labor Statistics measures unemployment needs to be seriously revamped to correctly measure the many varied ways that people work in today’s economy.

Nick Bunker, a senior policy analyst at the Washington Center for Equitable Growth, put it perfectly when he said, “There’s more people willing to work than the unemployment rate would have you believe.”

Employers may need to pay more – just not next year

What all this means for recruiters is pretty simple:

Your employee churn factor, whether it is low or high, good or bad, probably won’t change much next year in the face of yet another 3 percent annual raise.

People who were going to leave because they want to get paid better are still going to leave, and those who are OK with their pay, or too timid to make a move, will stay put.

For recruiters and hiring managers, your job hasn’t changed. Whatever recruiting and hiring parameters you work under today will probably be the same next year, too.

For workers who see huge corporate profits and a stock markets at record levels, 3 percent raises suck, and it kills me to think we have a generation of employees who don’t really know anything different. At some point, I’m sure, employers will have to pay more to keep their top talent. That’s bound to happen as the law of supply and demand becomes a bigger issue for CEOs.

Yes, employers will eventually have to dig in and pay more to keep their talent happy. It just won’t happen next year.

About the survey: The Willis Towers Watson Data Services Salary Budget Survey was conducted between April and July 2017, and includes responses from 819 companies representing a cross section of industries. The survey report provides data on actual salary budget increase percentages for the past and current years, along with projected increases for next year.