Membership
Home / Articles / Will People Analytics Really Get Mainstream In The Next Few Years?

Will People Analytics Really Get Mainstream In The Next Few Years? 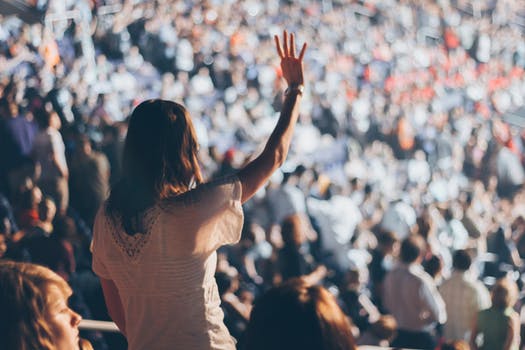 If you’ve never heard of ‘people analytics,’ essentially it’s a concept that takes Big Data and applies it to HR and management. Since I often write about Big Data, HR, and management, this seemed like a natural extension that I could also write about. I touched on the concept of people analytics in a post over a year ago (here) and I might return to some of those arguments later.

Alright, so now we have a vague understanding of what people analytics is: a data-driven approach to hiring and management. On the surface, this seems pretty logical. Companies create brand-new jobs sometimes, yes, but in general, a lot of jobs have been around for a few years, been held by 2+ people, and we might have some data on who does well and who does less well. That could influence hiring. Right? And management! Well, we’ve had managers in companies for decades. Centuries in some cases! And we know who tends to be more effective and how they tend to work, no? So we could make some decisions around promotions and team alignment that way.

People analytics! Yea! Let’s do it!

It’s not nearly that simple. It’s gonna take a while.

If you click that link above, you’ll see the title of that post I wrote is about “gut feel vs. use analytics” and, in reality, that’s the central drawback of any strategy tied to people analytics. Even though there’s legitimate psychological research that most idiots think they’re geniuses, most people assume they know best. That goes for executives in companies perhaps more than anyone in business, because those guys — predominantly males, yes — have been told for decades how great, smart, and cunning they are. They eat what they kill, baby! Revenue warriors!

In reality, most executives are terrified of incompetence, have no idea how to align strategy and execution, and are completely unclear how to use data to drive decision-making. Many are very smart and capable about their industry or the specific silo they came from, but often they’re not very equipped to manage dozens of other silos — and digitally made that even harder relative to age. Many executives thus tend to focus on what they already know and chase the perks as hard as they can until their time at the top of the hierarchy is done. I’ve worked in dozens of companies around 6-8 industries and I’ve seen this each time.

So you have these powerful guys who everyone has to kiss the ass of — because that’s essentially how the hierarchy works — and as a result, generally, they have a big ego in between weeping over potentially being seen as incompetent. You think some Type-A hard-charger is gonna be told by a subordinate “Hey, we’ve got this People Analytics idea…” and not spit in their face?

That’s the fatal flaw of people analytics. See, executives will trust an analytics program as relates to finance — because they legitimately care about finance. More money! Executives by and large do not care about talent strategy, and let’s be totally honest: if they did? It wouldn’t be in HR. Human Resources is a cover your ass department at most companies. It’s not a “strategic” department. Executives house “strategy” out of departments they want to interact with and bring to the table. HR isn’t that.

This new article on Harvard Business Review about using simulations and competitions in hiring is pretty good, and it even makes this point about People Analytics

Second, recognize there is hard work to be done in breaking orthodoxies: just as most people rate themselves, above-average drivers, most managers think they are above-average judges of talent—and won’t initially trust an algorithm or competition to identify better candidates than they will.

People analytics foible: The Temple of Busy and the hiring process

Not sure I could possibly state this more clearly, but the hiring process is completely broken start to finish. It just makes absolutely no sense. It’s based on what you’ve already done, even though executives yelp every meeting about needing “fresh thinkers” and “innovators.” So to get that, we hire only people who have checked seven boxes before? That’s dumb. Don’t get me started on Applicant Tracking Systems, where qualified people with real productivity have to fill in 27 screens of information only to get an error message from Screen 6. And despite companies wanting to cling to every last dime they have, they essentially spend half their money going out on a process not rooted at all in science or data. It’s amazing to think about.

The problem is, the hiring process of the digital age is very ingrained. Everyone knows the dance. A hiring manager gets a headcount, rushes to HR, bellows at them about what they need, and we dive right into the process. Poorly-contextualized applicants begin rolling in. The hiring manager shrieks about busy he is. HR claims they’re drowning. We rush the process because someone somewhere keeps saying “the empty chair is money we’re losing!” and finally we make the hire. Everyone breathes a sigh of relief. 11 months later, the hiring manager goes back to HR trying to get the new hire on a PIP. “Gotta get this kid out the door, he’s not pulling weight…” It’s a great dance.

The whole dance is rooted at The Temple of Busy. No one has time for anything. No one can be bothered. It’s all so hard as it is!

Who’s going to own and run People Analytics? Who’s going to make sure it becomes baked into every process or at least more functional hires? And who determines what’s a functional hire? Because if you’re hiring a new exec, you can be damn sure it’s based off a couple of cocktails at the local swank hotel … no exec is gonna let People Analytics select a guy he has to meet with daily and travel with. That’s not how it is done.

People analytics: The “How far is too far?” issue

This was actually recently discussed in Deloitte’s Human Capital Trends Report (2018 edition), where they noted that People Analytics is increasingly being attempted in organizations (not always successfully) and that creates a host of “ethical questions about data security, transparency, and the need to ask permission.”

At the same time that report was being written, what did All-Time Disruptor Amazon go and do? Oh, they just got two patents wristbands that monitor warehouse workers’ exact location and track their hand movements in real time. The technology will allow the company to gauge their employees’ productivity and accuracy.

Could the notion of “Big Brother” in the workplace also be something that derails the rise of People Analytics?

Data analysis is a legitimate skill set. Now, we screw this up all the time too — we think we need “crack data guys,” i.e. Excel-and-bigger-program-loving nerds. Naw. That’s not actually what we need. You need people at all these steps or 1-2 people who can combine on them:

That last step is huge. Data is worthless unless it drives decisions in some way. Otherwise, what the shit did you collect it for? To have it? Good luck with that.

Most executives don’t have the time, or the foundations, to look at huge data sets and know what’s going on. So, you gotta have people that can contextualize and explain data. Most “data scientists” aren’t as good at that part, because they respect the purity of the data and the process, so they emphasize that. Executives could give two craps. They wanna know:

The problem is … HR people tend to not have a huge background in data. That’s a generalization and might change over time, but I went to an HRIR Masters program and out of 73 students, I’d say maybe 5-6 could analyze data, and maybe 2-3 of those could present well on it. (I might be in the second category, but not the first.)

I had a job a few years back where I had to send out these Google Analytics reports every Friday. Went well for a while, then my style started to crash and burn (jokes in the reports, etc.) But people generally liked them and knew what was going on at the company, etc. Google Analytics is probably the easiest form of data a regular rank-and-file can undertake and explore, so it was fun.

Here’s the punchline: I get fired and weeks later, some other kid is tasked with doing it. This kid is viewed as a “data whiz” inside the company. What does he do? He downloads some GA data as an XLS with about 85 rows and sends that out to a bunch of people, including execs. People are yelping and bellowing and screeching. “What’s this? I don’t have time for this! Tell me what this means!”

The funniest part of that is that most of those people could have just deleted the email and it didn’t affect their workflow at all, but … people love to complain about something making them busier if they have a chance to do so.

It’s going to take a long time for those parts to fall into place. People Analytics is a long way off.

The hiring process is subjective. It always has been and honestly, I feel that people are comfortable with that. They like it that way. There’s something soothing about completely generic interview questions like “What’s your greatest strength, Andrew?” This makes people feel like they know what’s happening, and that’s comforting.

Who wants to think they’re part of some People Analytics process designed to actually find the best fit for the role? And who needs that anyway? 50 percent of people at jobs have no clue what they even do. We’re going to use People Analytics to find awesome hires for a job that probably doesn’t need to exist?

Any other thoughts or theories you have on People Analytics?