Membership
Home / Articles / Where Are the Women in Tech?

Where Are the Women in Tech? 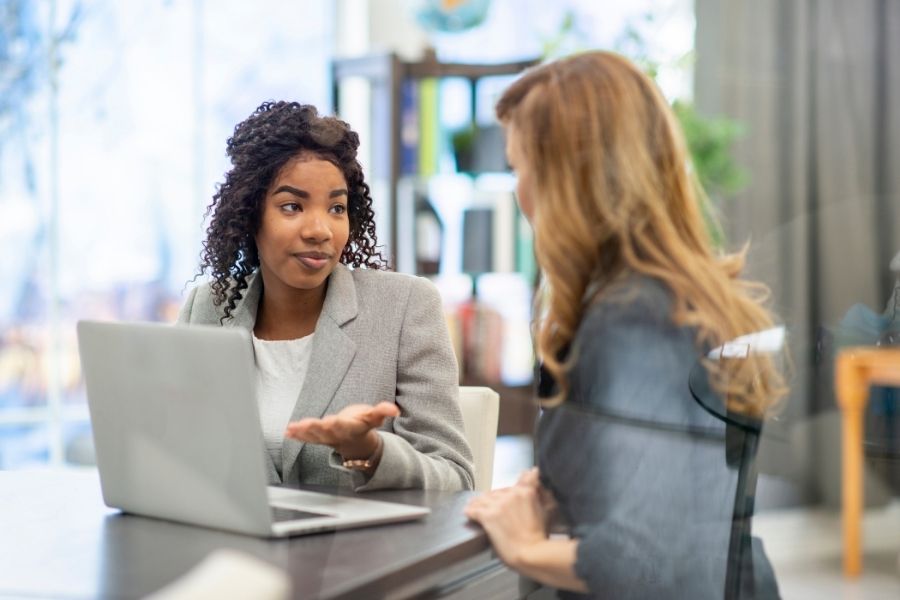 Why Are Less Than One-Fifth of CIOs Female?

At the start of last year, when reports of the lockdown impacting working women harder than men were at their peak, I couldn’t help but ask myself, “Are we really making moves towards gender equity in tech?” For all our talk about gender equality as a sector, I wondered, had it made a difference?

One day I decided to discuss it with my team and, as it happens, we all had the same questions: Are we seeing enough women in tech? Do women progress, on average, equally to men? What’s the gender ratio like at the top in our sector?

So we decided to do some research.

We used data available on LinkedIn to examine the gender gap in tech, looking closely at the role of the CIO. Sadly, we found that less than one-fifth (19.2%) of CIOs are at Fortune 500 companies are women.

And furthermore, the average length of tenure for a female CIO is a full year and a half shorter than for their male counterparts.

The “Missing Middle” of Women in Tech

As the president of a talent creation company that has worked hard to create an equitable and diverse workforce (our senior management team is 50%+ female, 30% of our employees identify as female, and 63% of our employees are from a black, Asian or minority ethnic background), I know firsthand that there are fewer women in tech than men, at pretty much every level.

The data we looked at showed that, mostly, women simply don’t reach CIO level because they drop out of the industry before they have the chance. When you consider that the average age of a CIO is 55, and an alarming 50% of women drop out of their career in tech before they reach 35, it’s not all that surprising.

This “missing middle” in tech is a widely documented issue. Some say we’ve made progress, but the numbers we found suggest there’s a lot more work to be done, to level the playing field for women. Our research and other similar reports make that clear.

According to Accenture’s ‘Resetting Tech Culture’ report, if all companies championed diversity and inclusion just as well as the top 20% did, then we’d retain an extra 1.4 million women in tech by as early as 2030. Wouldn’t that be something to be proud of?

The Impact of a Lack of Diversity in Tech

There are genuine consequences to a lack of diversity in tech, too. Especially when you consider Artificial Intelligence (AI).

If the majority of IT leaders and their teams are men, the risk of the code behind AI being built in a way that biases against certain demographics rise sharply. For example, if a bank’s loan-approval AI is created by a primarily male team, it wouldn’t be hard for biases against females to become built into it. After all, men don’t have the lived experience of women.

We’ve seen it happen before, too. In 2019, Apple’s credit card was operating on algorithms that were inherently biased against women. Steve Wozniak (co-founder of Apple) was actually offered a credit limit almost ten times higher than his wife, in one example.

And it’s not just gender, either. People rightly criticized the AI used on Google phones, because it failed to recognize black males. Why? Because black communities were not involved in its creation.

There’s no doubt that diverse teams benefit companies greatly. They create better, more dynamic teams, packed with a kaleidoscope of perspectives and experiences. And it changes culture completely, for the better. So why aren’t more companies more diverse?

I believe a lot of this is down to company culture. Genuinely improving the diversity within an organization requires a huge culture shift, because you have to create an environment that is inclusive for people to come into, not just for women, but across all underrepresented groups.

How Can Our Sector Support More Women Into Tech?

The question is, of course, how do we get this in motion? How do we encourage more women to enter and stay in tech?

From huge, established businesses to enthusiastic start-ups, I think the answer lies in taking action and making sure historically marginalized groups have a safe space to voice their concerns, share their experiences, and reach positions where they can make a difference.

So what does that look like in action? Here are a few that, from my own experience, can do a lot to encourage more women into tech:

Look at the language of your job descriptions, for example. And consider your talent advertising channels in the first place. Work with partners, suppliers that make D&I a focus and be principled. We’ve walked away from the business because we shared such different views on D&I in the past, as the partnership would never truly work if we don’t share core values. I’d also recommend businesses find a diversity hiring partner with the specialist skills you need to create a richer, fairer talent pipeline.

Increase Visibility For the Women in Tech

We need to show women that this is a career that can be for them and that they can excel. To do this, we should look to actively hire more women and increase the visibility of women in tech for young girls, even while they’re still at school. I’d also recommend combining these sorts of initiatives with in-house mentoring programs. Here, women can see other women succeed in the ecosystem, and where women can support each other through the rocky road of a senior role in tech.

It’s not enough to have positive sentiments but no action. If we want to see more women in tech tomorrow, and the day after, and the day after that, as leaders we have to work hard at it. We must send the elevator back down to help others. We need to hold ourselves accountable and make it happen.

There’s still a lot of work to be done to make tech a more inclusive space for women. It won’t happen overnight. But if we work together as a sector, I truly believe we can start to make a real, lasting difference.

Nabila joined the Board of Tenth Revolution Group in 2020, and as President of Revolent is responsible for leading on the creation of talent. Nabila previously worked at FDM Group and IBM and has accrued 15 years of leadership experience in professional services, tech recruitment, and marketing in the UK and USA. Nabila plays an active role in encouraging, supporting, and promoting diversity in the workplace and was recognized in Management Today’s 35 Women Under 35 List 2019.