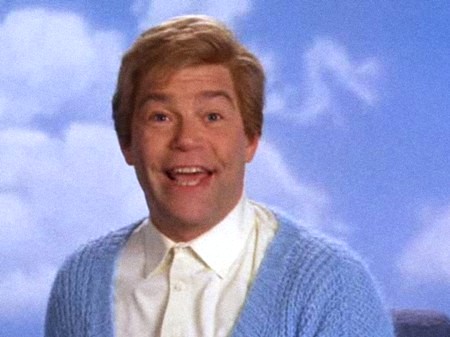 I was asked to contribute a few thoughts recently on how a particular Twitter chat changed my life, or something similarly specious. Instead of looking like I actually intrinsically endorsed this particular chat, I decided to devote an entire post to it, and others like it, which to me more or less encapsulate everything that’s wrong with social media.  This particular Twitter chat recently celebrated a big anniversary; proof at least of a long enough track record in creating some kind of success or stickiness in a medium that’s got such a short attention span.  But the reason for its continued survival, and now near-ubiquity in the job and career niche, has nothing to do with the actual quality of the content or its participants.

It’s still around, simply, because the organizers have discovered just how hard it is to actually monetize a hashtag, primarily because no one can actually own a hashtag.  They’ve committed the fundamental fallacy of building a brand around IP that’s not actually proprietary. But that doesn’t seem to stop them – and other chat organizers – from doing their best to try to cash in on their “community.”  But the good news is, they do live up to their messaging as being democratic in approach – no one is making any money off of them.

This even includes the “brand ambassadors” for these chats who for some reason get suckered into promoting these with promises of personal brand building that look a lot like an illegal, unpaid internship. Not that those exist when you’ve got a “community,” because contributing to the collective good is what social media – and socialism – are really all about. And in theory, both of these ‘revolutionary’ ideas are good things – in practice, that’s an entirely different story.

Speaking of “community” – by the lexicon of Twitter chat organizers, that’s a fancy way of saying people who have nothing better to do with their evenings then “join the conversation,” which is anything but a conversation. It’s kind of like a perpetual narcissism machine for lonely people who think that their self worth is inordinately intertwined with friends, followers and a ton of edifications that many can’t, for some reason, get from real life.  And that’s just the organizers.

What’s really scary is many of these interns, consultants, wannabes and never weres have somehow leveraged these “communities” into the illusion they actually know what they’re talking about.  Some have published on ideas they know nothing about or topics they’re completely unqualified to cover for major publications or high visibility speaking engagements.  So while they get some value, the rest of the “community” driving the conversation is really just helping give the appearance of endorsing someone who they know nothing more than 140 characters about.

In fact, there seems to be some sort of inverse correlation between RTs/engagement on Twitter chats and actual influence/knowledge on the topic or theme being discussed by the mouth breathing masses.  Maybe that’s because with the exception of the few of us who rely on beating social media benchmarks to make a living (there’s real value there), people who know what they’re talking about don’t need to be validated by a bunch of avatars who clearly have no idea how to do anything but put append a pound sign to the end of a time tested cliche or well-worn aphorism.

Toast Two Cliches in A Dark Past

To reach critical mass and create that elusive stickiness necessary for momentum and repeat customers, as it were, Twitter chat organizers have to do what studios have traditionally referred to as “playing in Peoria.” That means instead of talking about real issues and thought provoking content, you’ve got to remember that the “average” Twitter user is not, in fact smarter than a fifth grader.

Of course, an elementary school mentality is necessary if you really want to make the most out of Twitter chats, because these “pithy parties” mostly consist of pandering and the kind of clichéd affirmations shared by Stuart Smalley, Successories, and “Life Coaches.” All of which, of course, like most forced “motivational” materials and speeches, are predicated on finding people stupid enough to actually pay for a subjective and completely intrinsic emotion.

That’s hard to fit into 140 characters, of course. And the fact is, no one reads blogs anymore – and if the point of content marketing is relative reach, maybe my time would better be spent on a Twitter chat instead. There are some exceptions to these sweeping stereotypes, I’m sure – they’re just not, unfortunately, anywhere here in the “world of work.”