Membership
Home / Articles / A Tragic Tale: How to Get the Job Offer … and Then Completely Blow It

A Tragic Tale: How to Get the Job Offer … and Then Completely Blow It 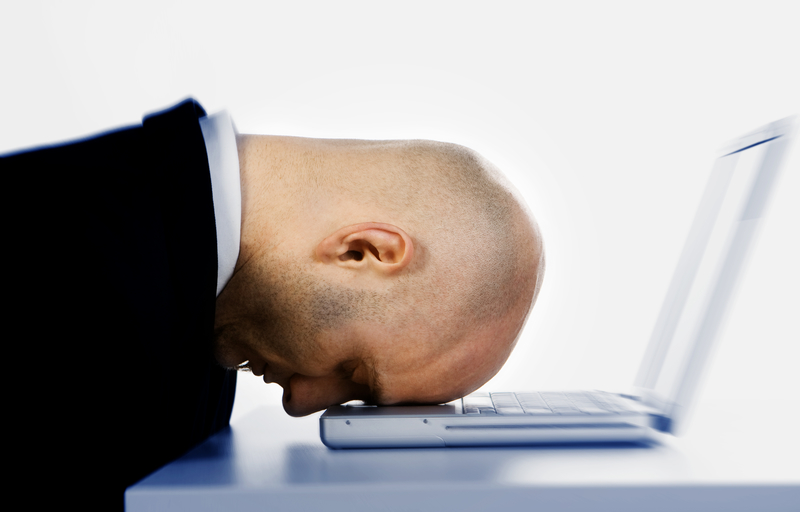 I would like to point out that I am a scary judge of talent.

I’m not bragging because it is why I have been very successful in my career. I read people, on the phone, for a living. So do many of us. We learn through the art of conversation and social engineering what is driving the candidate to either look for another role, or, the motivation that gets them to leave the position they are currently in.

The negotiation is a subtle dance of words swirling around like leaves in a windstorm until the air dies down and the leaves fall gently to the ground. We have a mutual understanding for both parties, or do we?

This #truestory is for all — the recruiters, the candidates, hell, even the managers out there — because we are all part of the process when it comes to recruiting,  And, we all realize that at the end of the day, you cannot fight stupid.

I once had a candidate referred to me that was, shall we say, simply good. She was smart — a Ph.D. in chemistry smart. She wanted to get into data analytics, her first love, and as intelligent people go, she had the chops, just not the experience.

When a Candidate Says Their Motivation Isn’t Money

She needed seasoning, and my team was more than willing to get her on board with us and add the special sauce to make her not only a star, but a superstar. That’s what we do. We had excellent preliminary conversations about what she was looking for, where she wanted to be, motivation, and of course, money.

As a sidebar, I take a copious amount of notes when I interview a candidate, and if there is a concern, I talk with them throughout the process to make sure that we are all on the same page both with the position itself, but also, to confirm that nothing has changed.

My Ph.D. in chemistry was not this way as her motivation was to get off the road, get out of Chicago, and get back home to San Francisco. Money, as she stated, was less of a motivation for her.

I never ask anyone what they are making. Instead, I ask more of a fishing question, “What is it that you want to make in your next role?” You see the world is changing, just like what Pete Radloff wrote here on Recruiting Daily about how the topic of salary is one hot mess.

At any rate, this woman told me that she would like to make $90k but was willing to take $85k to get back to the San Francisco Bay Area. I asked, as I always do, “if I can get you at least $85k, and you like the team, then we have a done deal, right?” Yes, absolutely, she said.

Now, this role dictates a salary in that range for a mid-level person in Silicon Valley with her skill set, and it was within our range as well, so it was sort of win-win for all parties. We had some people apply and some great referrals as well. I have to say as much as I love sourcing, just hitting the phone and calling curious willing leads is refreshing.

A Surprise When the Motivation Actually IS Money

After the preliminary interviews it came down to two candidates, and my Ph.D. in chemistry was one of them, and I was not shocked at this by any stretch of the imagination. The team called me and said she was the one so let’s make her an offer at $85k. I remember sitting back and smiling saying to myself, “done.” I mean, this was in the bag, I had pre-closed, and the motivation was not even money! 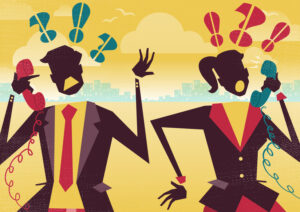 So, the offer letter went out, the mic dropped, and it was boom time for a steak dinner or some enchiladas — except that meal was not coming anytime soon.

I got an email from my Ph.D. in chemistry about her wanting to negotiate her salary. I was confused by this, because as I stated earlier, we had discussed money and I dismissed this as a secondary motivation since her primary goal was being getting back to the Bay Area. The money, she said, was secondary. Well, bad on me for believing a candidate to, you know, tell the truth.

This was not the first time I had a bait and switch candidate, so I knew what to do. I told her “no,” and that $85k was the offer that we were making, period. This was a good offer and I do not negotiate on the back end after we have already determined what the offer was going to be.

So, let me lay out some details about her that got us to where we were at.

On our first call, I asked what it was she was looking for, salary wise. The answer was $85-$90k; now however, when it came to offering time, she said she is currently making $90k with a whopping eight (8) months of experience. She demanded that she should get a raise from us to $108k. In other words, she wanted a 20 percent increase for eight months of experience.

Why It’s Always Good to Have Another Candidate

It ‘s nice to want things I suppose. Generally, I would try, begrudgingly, to discuss the fairness of the offer, how it was budgeted, etc. I was not inclined to do this with her for one solid reason: I had another candidate who was just as good, hungry for a role, and did not care about money as much as he wanted a career.

After speaking with the manager, we moved forward with an offer for him at the same level as the Ph.D. in chemistry — $85k. It was done, finished, and he was in before I could even finish my offering. Good times for all.

I received the signed offer letter from my second candidate about two (2) minutes after I sent it, and the dye was cast for a well-crafted email letting my first candidate know that since she had not said “yes” to the offer, it had now been rescinded. Instead of emailing me — up to this point her main point of contact — my Ph.D. in chemistry called three separate times until I was able to call her back.

She asked why I was not negotiating with her, and how that is what you are supposed to do after she told me what she wanted. She said she had thought about it and maybe we could give her $100k and that way everyone could win.

Well, sorry about that, but I already did win. As much as most candidates would like to think they have more leverage, they really don’t — not unless you are the only person in the world that can do that particular task, and if that’s not the case, then you are not all that special. In the end, we are all players on this stage we call life.

Remember — Everyone Is Replaceable

Just in case there are job candidates out there reading this, let me state for the record that everyone is replaceable. Yes, everyone. The world was made that way as we humans come and go on the whim of nature.