Membership
Home / Articles / The Five: Things You Need to Know About the hiQ vs LinkedIn Lawsuit

The Five: Things You Need to Know About the hiQ vs LinkedIn Lawsuit 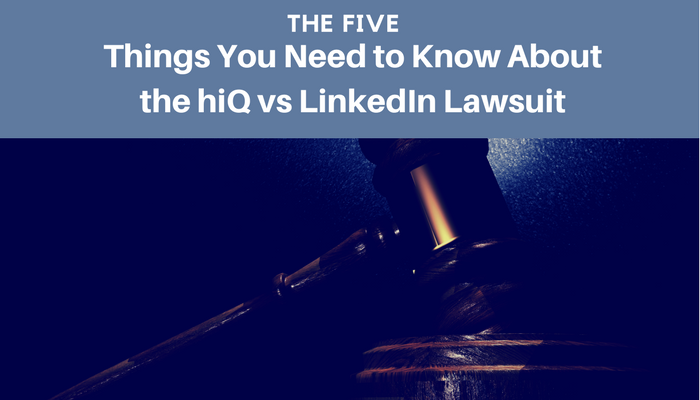 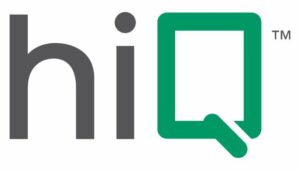 By now you have heard of the hiQ vs. LinkedIn case.

The TLDR (Too Long Didn’t Read) version is this: Startup hiQ Labs scrapes data from public LinkedIn profiles to determine if an employee is going to quit. In May 2017, LinkedIn sent hiQ a cease and desist letter demanding that they stop scraping data because it violates the federal anti-hacking law.

In June hiQ filed their own lawsuit against LinkedIn stating that LinkedIn was unfairly blocking them from public information because they were creating a tool similar to what hiQ has developed. Mark Weidick, hiQ Labs CEO, said, “LinkedIn is trying to illegally force out a smaller competitor so that they can have the business for themselves, plain and simple.”

At first glance, it looked like David beat Goliath. This small startup that launched in 2012 was able to beat the almighty untouchable LinkedIn. Recruiters everywhere began cheering, and startups were toasting each other.

Finally, it seems, LinkedIn would be unable to block apps and extensions that LinkedIn continues to block from accessing the information used to find candidates. However, you may need to put your glasses of champagne away. Here are the five things you need to know about the hiQ v LinkedIn case. 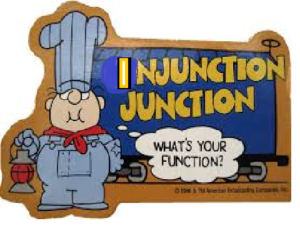 1. A Preliminary Injunction is Not a Final Ruling

A preliminary injunction is a court order that can stop a party from doing something prior to the trial on the merits (i.e., stop selling a trademarked product or patented item). In this case, hiQ wanted to keep scraping data from LinkedIn until there is a real trial and a final judgment is made.

What Judge Chen decided was not that companies should be allowed to scrape public data from any site it wants, rather “The court concludes that based on the record presented, the balance of hardships tips sharply in hiQ’s favor,” the judge wrote.

2. The Computer Fraud and Abuse Act

The Computer Fraud and Abuse Act (CFAA), originally passed in 1986, is the primary law that was built to protect us from cybercrime and fraud on the Internet. Moreover, it is confusing as hell.

When it first came out, it was to add a layer of security for mega computers to be hacked. Think War Games. As it relates to the hiQ v LinkedIn case, the debate seems to be around “authorized access.”

The Computer Fraud and Abuse Act “knowingly and with intent to defraud, accesses a protected computer without authorization, or exceeds authorized access, and by means of such conduct furthers the intended fraud and obtains anything of value.”

Judge Chen stated that, “The Court is doubtful that the Computer Fraud and Abuse Act may be invoked by LinkedIn to punish hiQ for accessing publicly available data.”

He went on to say, “Broad interpretation of the CFAA invoked by LinkedIn, if adopted, could profoundly impact open access to the Internet, a result that Congress could not have intended when it enacted the CFAA over three decades ago.” 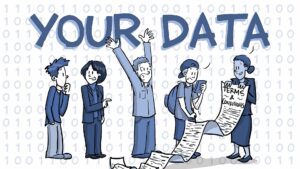 3. LinkedIn Wants to ‘Protect’ Your Data So They Can Own It

As it stands as of press time for this article, if you create a public LinkedIn profile, companies can access your information and use it for what it wants. LinkedIn’s argument in the case was that by scraping their public data, it was in violation of their user privacy agreement. Judge Chen called BS since they already share the data with third-party companies.

For now, it appears LinkedIn, owned by Microsoft, wants to “protect” you by deciding on your behalf who should have access to your data. “If LinkedIn’s view of the law is correct, nothing would prevent Facebook from barring hiQ in the same way LinkedIn has,” said Chen.

Think of how many companies would go into bankruptcy if companies like Google, Facebook, and other social sites barred them from accessing public user information.

There is no question that for AI to work, it needs data; a lot of it. The hardest part of AI is finding the best data set. That is why many companies depend on publicly shared data. For the most part, no harm is done.

For example, if you use an app that tells you how much the average cost is at a restaurant, it can use menus that have been made public to get you the right information. It can use that same information to let you know how much you should charge for spaghetti at your restaurant.

In the most basic terms, that is AI. Without public info, the best-case scenario would have to sign a contract with all restaurants to get the information. Worst case, they would have to guess. 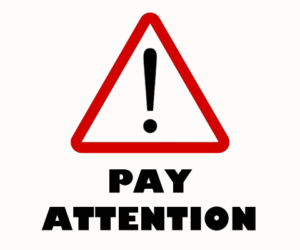 5. This is a Really, Really Important Case

The outcome of this case means more than just the impact on hiQ. It will affect who owns OUR data and what they can do with it. It will determine what “authorized access” means.

Most importantly, it will set a standard for the entire Internet, and everyone who relies on data to get their job done. No matter who wins the actual case, the outcome will be a game changer.