Membership
Home / Articles / Succession planning can’t be about process, because it’s about psychology

Succession planning can’t be about process, because it’s about psychology 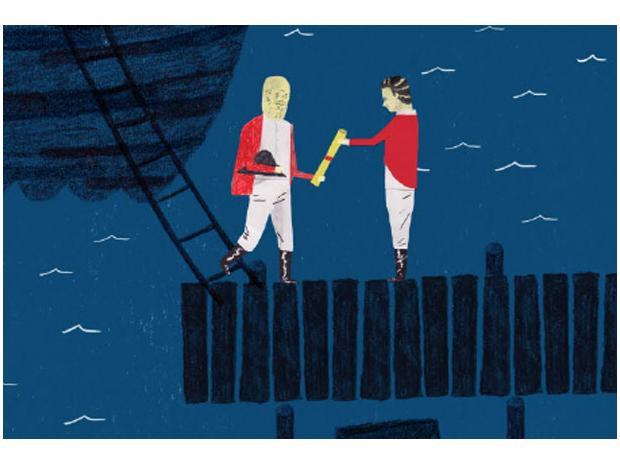 I’ve never written about succession planning before, so today seemed to be as good a time as any to get that going. If you’ve never heard the term before, “succession planning” is an element of (buzzword boulevard coming) “talent management strategy” whereby you try to figure out who’s the “next (wo)man up” for a series of leadership slots. Basically, it’s building a pipeline of people. Most companies are really good (or somewhat good) at building funnels and pipelines around products and financials, but most are terrible at anything to do with people. A big example of that? Companies get FOMO, go chase an executive from a rival, and whiff on internal recruitment.

What happens in a situation like that? The new executive takes 9-16 months to get up to speed. If you had used succession planning and promoted internally in a logical way, that internally-promoted executive would be doing a lot more in those 9-16 months. He/she already knows the processes and people. I love the concept of “fresh blood” like anyone, but there’s basic math and logic to this whole deal.

A few years back, I worked for this health care company for a while. Pretty big. Made billions. I got to sit in a few succession planning meetings. We’ll get to this in the next section, but work is typically very important to men. So you’ve got these guys running these meetings, and inherently they are saying “Well, this person will eventually replace me.” That’s deep psychology. Many guys derive the majority of their self-worth from their jobs, so succession planning is pretty scary stuff for them.

What happened in these meetings? A lot of buzzwords, double-talk, and bluster. Not much was ever accomplished. There were two predominate themes:

Now, this is one company doing succession planning. But I gotta think it’s like that in many companies.

Succession planning and the importance of work to people

I said “men” above, but work is important to everyone at some level. How important? Check out this quote in a new-is Harvard Business Review article on succession planning. The quote actually leads the article:

Once upon a time, there was an enlightened organizational leader who spoke candidly about his upcoming retirement. “I am afraid about the next phase of my life” he would say, continuing “I’m not sure what my life is or will be without my job, without my career. How will I spend my time? How will I face the fact that I am replaceable, that the world can and will go on without me? How will I derive a sense of identity, power, agency and meaning once I am retired?” He would even add, “I married my spouse for better or for worse, for richer or for poorer, but not for lunch. How are we going to spend all that time together?”

Yep. This is how many people think about their careers and the end of those careers. Remember: work is largely about a quest for relevance. Does the end of work mean the end of relevance? Many feel this way. Then you got stories like Morley Safer, who retires from 60 Minutes and basically dies the next week. Men look at that and say “OH GOD THAT WILL BE ME.”

The title of that article above is something like “A CEO’s Personality Can Undermine Succession Planning.” No doubt. A CEO’s personality can undermine a lot of things, from “the existence of the company” to “product launches.” Succession planning is no different.

Here’s the deal we all mostly miss. Automation will probably take 47-54% of our jobs someday. Hasn’t happened yet, though. If anything, we’re hiring more and more people into unnecessary roles than ever before. As work continues to be made up of people, it’s a much more emotional place than a logical place. We want work to be logical. That’s why we throw reams of process at everything. But work is emotional.

This is where succession planning lands. It’s inherently emotional. You’re basically admitting “Hey, this place can go on without me in this role.” To some people, that’s like saying “I don’t need to exist.”

As a result, any discussion about succession planning has to be about psychology and how humans are reacting to the base idea. You can’t say “Here are best practices for succession planning,” because every case is inherently going to be different. These are people’s deepest feelings of self on the line.

So how do we improve succession planning?

Here’s the “process” I would use.

Step 1: care. Everything comes from this, but oftentimes at work we pretend to care about stuff involving people and really don’t. Here, ya gotta care.

Step 2: have frank discussions with existing leadership. How long do you see yourself in your role? What’s your best- and worst-case scenario for exit? What are different ways you want to keep interacting with the company after you exit that role? Set some timelines and parameters.

Step 3: consider internal promotion and recruitment. In my mind, there’s nothing worse than this scenario. Some guy gives 25 years of his life to a company — and then the company goes and poaches someone for the job he clearly should have gotten. You might as well spit in that dude’s face. It’s that level of disrespect. And yet, we do this all the time.

Step 4: map out different scenarios. What if someone leaves? Maybe, God forbid, someone dies early. What are the different pathways that could result?

Step 5: target skill set improvements. If you know you’re 7-8 years from minting some dude as COO, but you also know he lacks some core skills, make sure he gets chances to develop them in 7-8 years. Logical, right?

Step 7: steal from others. Here’s a couple of good examples. And here’s a — gasp! — white paper on the topicof succession planning.

Your thoughts on succession planning

Seen this happen where you work? Sloppy hand-off? Effective one? Feel free to blast me with any thoughts on succession planning.