Monkeys can admittedly teach us a lot about sourcing and TA 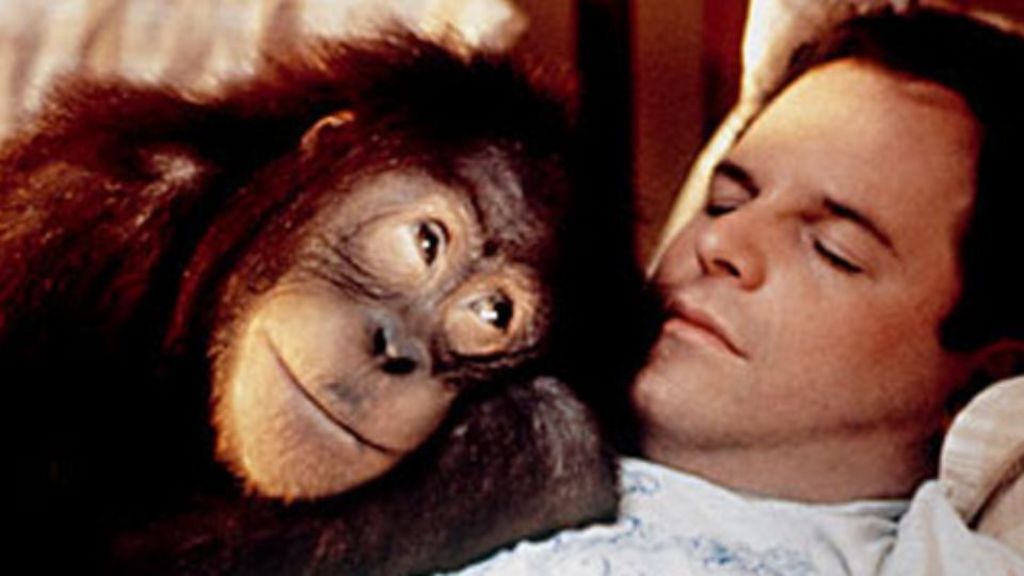 Planet of the Apes. King Kong.  Gorillas in the Mist. Dunston Checks In. Bedtime for Bonzo. George of the Jungle. Every Which Way but Loose.

The list of great ape movies (pun Intended) goes on and on and on.

Movies about monkeys often take wild and different turns — much like our day-to-day work does, actually. In fact, Dan Rust — who wrote the book Workplace Poker — once actually equated work to “chimp rape.” Um.

How we deal with the flinging of, well, you know what is supposed to be what separates us from our opposable-thumbed furry friends.

Well, it is SUPPOSED to, anyway.

From research experiments to B-Movies, from Ape Astronauts to subjects of songs, our primate partners have so much to teach us about life, about sourcing and recruiting and about more mature ways to throw excrement.

So, without further ado, here’s a few things we can learn from the Primates of the Wild Jungle to help us in our Urban Jungle.

Dunbar’s Number and the Monkey Sphere

It goes without saying that Jeff instigated this paragraph. You cannot get him to shut up about the Monkey Sphere. When he first read the linked article it blew his mind!

TL:DR – Human Beings cannot recognize as “real” more than 150 people which sometimes is the minimum number of resumes that needs to be sent to get feedback, as well.

After that, they cease to have meaning. (Both people, and possibly resumes). We need to see everyone as real, as people, both for our internal life and our sourcing life. Empathy is the one of the cornerstones of humanity.

Understanding your candidates and your hiring manager will give you the small nudges you need. No one really can make anyone do anything, from taking a job to taking out the trash. It’s how we dialogue, how we ask, and how we listen that takes us from a paper pusher to a sourcing success.  Seeing others as people not things is the most important step.

Here’s another good read on Dunbar’s and networking, as an aside.

Send (and screen) resumes until you hit the target

This goes for candidates — but please, target them a little bit to the actual job and company — but also for recruiters. No matter how tight our boolean strings are, is the first resume back always the best one? No. Usually it’s not. Monkeys throw poop until they hit the object of their derision. We don’t want to equate resumes with poop (would be relatively easy in some context, though, wouldn’t it?), but the persistence with the poop is what really matters in sourcing.

Seeing what is missed

At the end of The Shining — the book, not the Kubrick Film — Danny keeps hearing “You will remember what was forgotten”. Then, KABOOOOOOOOOM! The boiler explodes. We often, again both in life and our jobs, miss things right in front of us.

Did you see the gorilla? This is a good lesson for us on two levels.

As recruiters, do we pass on resumes because it didn’t hit the right biases?

Did we pass over someone because we didn’t observe beyond our own zone?

The other level is helping your hiring manager see past his or hers.

Can you make their attention get back on the gorilla and the ball at the same time?

The Five Monkeys Experiment (with a new lesson)

The full article is above. Here’s the short form: Five monkeys are put in a cell with bananas hanging from the ceiling and ladder beneath them. One of the monkless start to climb the ladder and is sprayed with cold water then the other four are sprayed with water. A few minutes later, another monkey tries to climb the ladder with the same thing happening again. Next, one of the monkeys is taken out and a new one introduced to the group. This monkey, upon seeing the bananas, starts to climb the ladder only to pulled down and beaten. After a few minutes, they pull another monkey from the original group and replace him with another one.

Learned behavior is a real thing, and especially in the workplace. Think about what happens when you replace a mid-to-long-term employee. Oftentimes, you (the recruiter) and the hiring manager want someone similar to the person who is leaving, especially if they were considered productive at some level. But maybe they weren’t the right fit for the environment. Maybe you’re entering into “the easy path” via learned behavior and, well, bordering on learned helplessness. You need to be the monkey who stands up, gets the cold water, and keeps climbing — because what you want is the bananas. Complex analogy, but the bananas are the best candidates here — and the cold water is “We’ve always done it this way!” or the completely-not-data-linked “I like the cut of his jib!”

You’ve been warned: We might be coming with more animal posts in the future.