Membership
Home / Articles / The Best Around: John Hollon is My Hero. He’s Also Our New Editor.

The Best Around: John Hollon is My Hero. He’s Also Our New Editor. 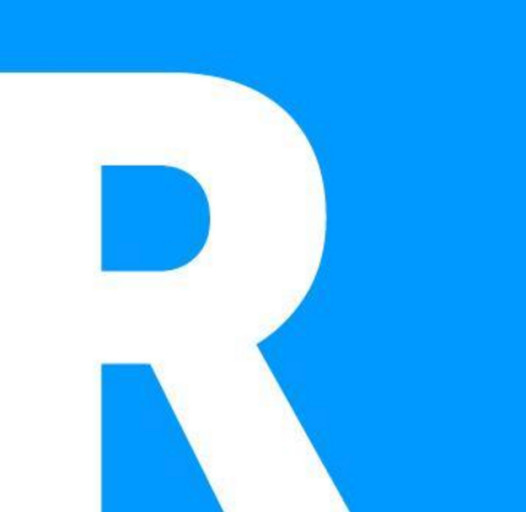 Today, RecruitingDaily has officially announced that John Hollon has been appointed Editor of RecruitingDaily.com. Of course, if you pay any attention whatsoever to this publication, you probably figured that out by now, as he will be responsible for managing our external contributors, maintaining our editorial calendar and overseeing the daily operations of our flagship property – duties that he has diligently been executing for a couple months by now.

We are thrilled that John has decided to join us and support what might be the most critical role in what’s becoming an increasingly complex, increasingly visible global publishing imprint – there is, in fact, no one better suited to the role than John.

With nearly four decades of journalism experience, John’s editorial experience and industry expertise is without parallel.

The Best of Both Worlds.

For me, this marks something of a bittersweet moment, as I will be turning over the reins of a publication that I’ve managed for nearly four years.

During that time, I’ve sweated over every single piece of content on this site, and am proud to have grown both our readership as well as our brand to the point where we’ve become essentially ubiquitous as one of the primary journals of record in an industry where there’s a dearth of objective content and quality coverage.

It is not easy for me to hand over control (and .gif selection) of a site that I’m so personally and professionally attached to. But it’s time, and there’s no better person to ensure Recruiting Daily continues its market momentum, editorial mission and industry mandate than someone I personally consider to be both a mentor and someone whose work I’ve long admired.

I’ve been covering the recruiting and HR space for nearly a decade now, which makes me, by any standard, an OG. During that entire time, my responsibilities have always included overseeing a daily publishing schedule of a group blog, and, to be honest, I’ve become quite proficient at the craft of B2B content. But compared to John, I’m a tyro – and a rank amateur, as far as journalistic standards and editorial expertise are concerned.

Put simply, when I first assumed control over the now defunct MonsterThinking blog while at Monster (so long ago, in fact, that at the time it was a DJIA component company and member of the S&P 500), I looked at John’s work as the standard of what content in this category could be.

At the time, John was just launching TLNT, a brand that became a daily destination for me and countless others in this industry to not only know what was new and what was next in HR and recruiting, but also, to learn this business and grow our professional insights and expertise. In short, I’ve long considered John to be one of the most important influences in my career (yeah, blame him).

I’m not sure he’s fully aware of the impact he has made by consistently proving that even this most esoteric and mundane of categories can be made exciting, engaging and, yeah, even kind of interesting. I know I’m not the only one who feels this way, which is why I’m so excited that John will be lending his expert eye and singular voice to a site of which I’ve become profoundly protective.

As an editor, John has long given a wide array of contributors with manifold styles and perspectives a voice, and is committed to advancing the conversation rather than trolling it, as has largely been my style. I admire this greatly, and know that under his watch, RecruitingDaily will continue to be a publication I can be proud of. When it comes to readership, and reach, we are confident that John will take us to the next level. Dude has the track record to prove it.

John began his career as an editor at the venerable (and defunct) Los Angeles Herald Examiner in 1979, so he’s been doing this for longer than I’ve been alive. In that time, he’s served in editorial leadership roles at the Orange County Register, Montana’s Great Falls Tribune, and The Honolulu Advertiser, leading news teams and overseeing operations at a time when all the news that’s fit to print was actually in print. This is a foreign concept to most of my cadre of contemporaries.

John was also on the front lines of the dot com bubble, running editorial at Pets.com, coming in as employee No. 7 at what’s become the poster child for a boom that, before it bust, helped irrevocably shape the way we consume content and provided a powerful precedent for the possibilities of the digital era in which we’re now so fully immersed. This alone would have been enough to seal his legacy. But then, he found our industry. And we’re all the better for it.

John served for nearly six years as the Editor of Workforce Management and its online destination, Workforce.com, where he grew both the print and online imprints into award winning news sites with some of the best journalism, content and coverage not only in our business, but in online news, period.

I remember looking forward to receiving my copies of this magazine a couple times a month back when I was a recruiter, and I know on a personal level, his work made me better at my job, and imbued me with a passion for the people business that continues to shape and inform my own professional work and personal outlook. I’m a nerd like that.

And all I can say is, I’m geeking out that John friggin’ Hollon is coming on board as Editor. Because, well, there’s really no one in this business who’s better. After all, he helped invent it.

As for me, I’ll still be around. Most of my time these days is spent speaking and covering conferences, working hands on with our growing portfolio of advisory clients on everything from go-to-market strategy to competitive intelligence (a full time job in and of itself), and, you know, extraneously tweeting shit that gets me in trouble.

I’ll still be contributing here as a columnist at least once a week, but John will do what I’ve been unable to do – make sure that we’re able to serve up fresh content daily and operationalize our news room while scaling our coverage and enhancing our capabilities (and reach) as a publisher. So send your best news items, story ideas or submission requests his way.

So, officially, a big RecruitingDaily welcome to John Hollon. We couldn’t have asked for a better journalist or more capable editor. We’re just relieved he decided to join us, because if nothing else, his hiring proves that maybe we still know a thing or two about recruiting top talent. Hell, we hired the best, after all.

And all I can say is: Game on.