Membership
Home / Articles / How to Listen to Candidates

How to Listen to Candidates 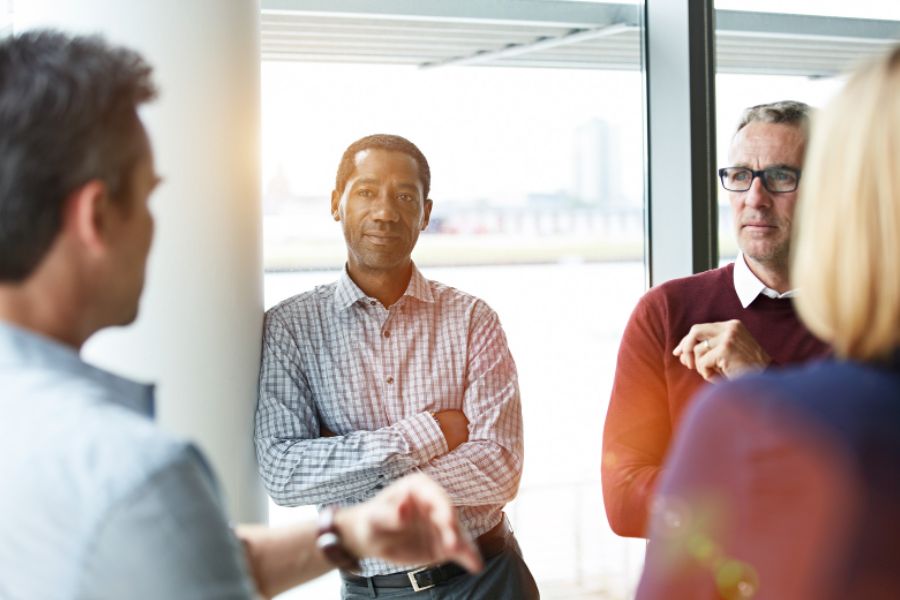 “We have two ears and one mouth so that we can listen twice as much as we speak.” Whether the philosopher Epictetus actually said this 2,000 years ago, we’ll never know for sure. Another apt sentiment – and a more recent and verifiable one – comes courtesy of George Bernard Shaw: “The single biggest problem in communication is the illusion that it has taken place.”

The illusion Shaw was thinking is the assumption that just because someone has said something, the other person heard and understood. That’s not always the case, and the culprit is a lapse in active listening.

Think back to a recent conversation you had in the workplace. When the other party was speaking to you, were you already planning what you were going to say in response? It’s human nature to do so. And yet, when we’re listening to respond, we’re no longer listening to understand. Therefore, we’re no longer really listening.

It’s especially easy to slip into this state when things are busy – as they are now. When there’s a lot to do, and a very limited amount of time in which to do it, we need to get the information we’re looking for as quickly as possible. That makes it particularly difficult to remember to slow down, to stop thinking ahead to the next question you plan to ask and to simply listen.

When you connect with a candidate for the first time, whose agenda are you most interested in? It’s natural to be focused on your priority – you’ve got a job to do, after all – but what if you shifted your perspective and placed the candidate’s agenda first?

First, you’d probably be less likely to hear what you want to hear. Instead of unconsciously shaping the answer to fit the shape we hope it will be (as people tend to do), we’d be more likely to hear what’s actually being said. Secondly, we’d likely ask some different questions if, more than anything else, we were trying to understand their goals and aspirations.

If they’re interested in a given opportunity, why? What are the specific things that piqued their interest? And why is that? We reached out to them, of course, but now that they understand the role we’re talking about, how do they believe that their skills and experiences make them the candidate we’re looking for?

All of this leads to a deeper relationship with someone whose goals and aspirations you understand – a far better outcome than just one more entry in an ATS.

Interviews typically begin with a slate of questions that the interviewer plans to ask, but from that point forward it shouldn’t be a process of just checking boxes. There is so much more to be gained when we actively listen to the answers to our questions; when we listen to understand.

Think about the last time a close friend told you about a funny or exciting event in their lives. Without even thinking about it, you likely asked probing questions to prompt the storyteller along. What if you brought the same level of curiosity and engagement to your interviews? You’d listen to each answer, and follow up with questions to pull out even more information: “Why was that?” “Why do you think that happened?” “How did you feel about that?” “What did you do then?” You’d leave an interview like this with a far more thorough understanding of your candidate, putting you in a better position to understand where they really fit, and to position them for that role.

Listening In: The Final Stages

As the competitive field narrows to several finalists, or perhaps just one, the tension increases. There are so many unforeseen issues that can arise at this stage – counter offers, changes of heart, cold feet. But must those issues be unforeseen?

There’s a tendency at this stage to shy away from tough questions. It makes far more sense to confront them head on. A candidate won’t decide to consider a counter offer just because an interviewer asked them if they might. If a candidate’s interest has waned, it’s better to know that sooner rather than later.

So ask the difficult questions. “Have you considered what you might do if your employer counters?” “You’ve been a bit tough to schedule lately. Has something changed?” “Changing schools is going to be a big move for your kids! How does your partner feel about the relocation?”

The answers to these questions are helpful in two ways. Clearly, an honest answer to them is important information you need to know – particularly if it’s not the one you hoped to hear. Just as importantly, the answers you do want to hear put the candidate in the position of ‘reclosing’ their own candidacy, reminding themselves about their interest in the role and their reasons for taking it.

Don’t let your most critical communication be the illusion Shaw warned about. At every stage of the recruitment process, ask good questions. Then close your one mouth, open your two ears and listen to truly understand your candidate.

For over 25 years, Undercover Recruiter has been hiring people, and helping people get hired - working with candidates and clients as an agency recruiter, coaching MBA students in career services, supporting practice leads as a VP in a technology firm, building and leading a team as a CEO, and informally helping dozens of people along the way get jobs they wanted. Recently, he’s focusing more time and attention on writing about recruiting, talent acquisition, and leadership.