How to hire smarter for The Gig Economy world 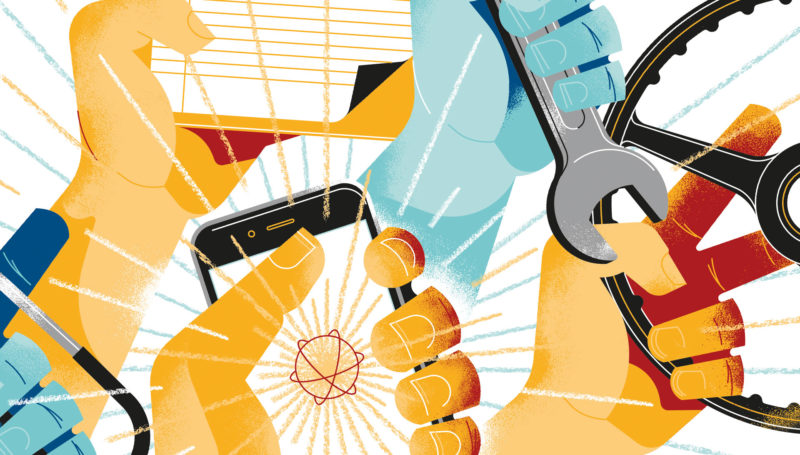 The gig economy is here to stay, and in many ways, it’s amazing.

Whenever I’m in Atlanta, I get BBQ delivered right to my door. And I never rent a car anymore because a driver is never more than 5 minutes away. Walmart and Amazon have taken personal service a step further, rolling out programs to deliver packages into your home and to put your groceries away in your fridge. These services sound great, but we’re increasingly putting our safety into the hands of someone we don’t know. That can be a huge risk, and it’s why criminal background checks are more important than ever – from both a customer and a business perspective.

According to recent news, more than 120 Uber and Lyft drivers are reported to have sexually assaulted passengers. Could these crimes have been avoided? Uber and Lyft do run criminal background checks on their employees – they’d be crazy not to. But the fact is, in today’s world, when the way we buy and sell goods puts people we don’t know into our homes and into the driver’s seat, we need to be smart and thorough in the types of criminal background screening that we do. Here’s what First Advantage recommends to our potential gig economy customers:

Let me give you an example. Say that John Doe applies to become a Rideshare driver. John just moved to Big City from Small Town, and he’s looking to get hired ASAP. Rideshare runs a background screen that only includes the criminal history listed for his current address. Nothing comes up, and due to inconsistency in how records are transmitted and stored from jurisdiction to jurisdiction, Rideshare might never learn about the three assaults John committed just a few years ago in Small Town.

First Advantage’s recommended approach for gig economy hiring is thorough, but it’s thorough for a reason. The fact is, it isn’t just your brand reputation you’re putting at risk; it’s the safety of your customers. And shouldn’t that be the most important thing? When it comes to gig economy hiring, we need to be smart when it comes to due diligence and criminal background checks. As the old saying goes: Trust, but verify. For a complete look at criminal records searches for U.S. employers, click here to download our comprehensive guide.

Scott joined First Advantage as CEO in early 2017. He has more than 29 years of experience in the Services sector, having co-founded Mindtree in 1999, a digital transformation and IT services company. Scott helped take Mindtree public in 2007 and the Mindtree IPO became one of the most  successful in IT Services history. At Mindtree, Scott served as president of the Americas and head of vertical markets. Scott is known as a “growth entrepreneur” and was named the Ernst & Young Entrepreneur of the Year in Technology Services in 2015. Prior to co-founding Mindtree, Scott served as a Director at Cambridge Technology Partners (CTP), where he was responsible for key accounts in the mid-Atlantic region. In this role, Scott drove e-business, CRM, IT strategy and application management initiatives for Fortune 1000 companies. In the early 1990s, Scott moved into the consulting arena as a director of marketing for Gemini Consulting’s North American financial services practice. Scott is a frequent contributor to industry magazines and journals, webinars, and conferences. Scott holds a Bachelor of Arts degree in English from the University of Delaware and a Master’s in Business Administration from Fairleigh Dickinson University, Madison, New Jersey.