Membership
Home / Articles / HiringSolved: A Look at the Startup Behind the LinkedIn Lawsuit

HiringSolved: A Look at the Startup Behind the LinkedIn Lawsuit 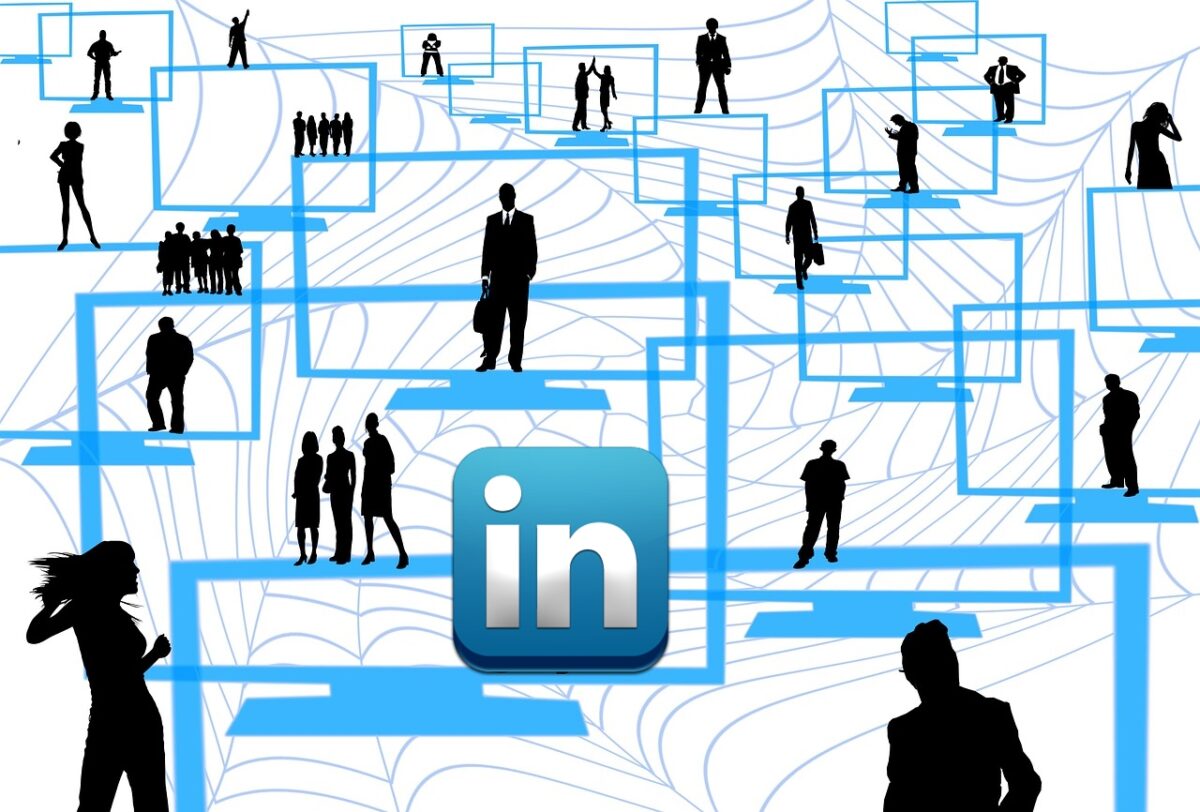 Chances are you’re familiar with LinkedIn’s recent round of legal actions, initially filed in the U.S. District Court for the Northern District of California in January. The initial complaint was filed “against Defendants Does 1-10 (collectively, the “Doe Defendants”); LinkedIn subsequently identified these Doe Defendants as HiringSolved in an amended filing.

This startup, accused of scraping LinkedIn profile information and then indexing them within the HiringSolved platform without the permission of LinkedIn, stands accused of “ongoing and irreparable injury to LinkedIn,” which is an interesting accusation for a publicly traded multinational worth billions of dollars to make of a two year old start-up which, according to CrunchBase, has received only about a million dollars in funding.

I’m not a lawyer, so I’m not going to go into the lawsuit or legalities.  If you’re interested in learning more about that side of the issue, check out “LinkedIn Lawsuit: You Can Run, But You Can’t Hide” by Nicole Greenberg-Strecker or The LinkedIn Lawsuit by Heather Bussing (both attorneys, and far more qualified to speak to the subject).  No, I’m a sourcer, which, of course, made me curious to learn more the tool and technology behind Hiring Solved itself – particularly since it’s apparently advanced enough to be perceived as a direct threat to LinkedIn. 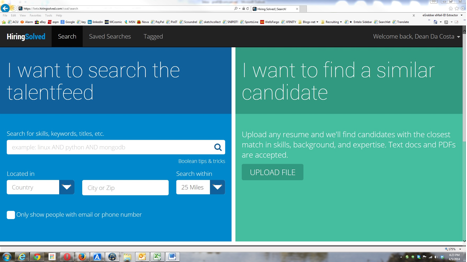 HiringSolved gave me an advanced look at their beta user interface and some of the other features that they were offering prior to their being named in the suit, and I was impressed with what I saw.  It has a nice, clean UI & UX (see screenshot), and offers the ability to source candidates based on keywords, skills, location and other similar filters.

It also has the ability to only return profile results where there is an associated e-mail address and/or phone number, which helps streamline what’s often a manual process, even in other talent aggregators who do not offer this same option for filtering results.

In fact, according ot the company, “HiringSolved is the only tool in the new group of the past few years called talent aggregators that covers the entire globe and all job categories.”  For example, you can find sous chefs in Singapore or commercial relators in Shanghai using Manderin characters just as easily as you can find MongoDB/Redis developers in Silicon Valley, meaning that the scope of this sourcing tool has potential applicability to every employer looking for any type of talent anywhere in the world.

Which is pretty cool. 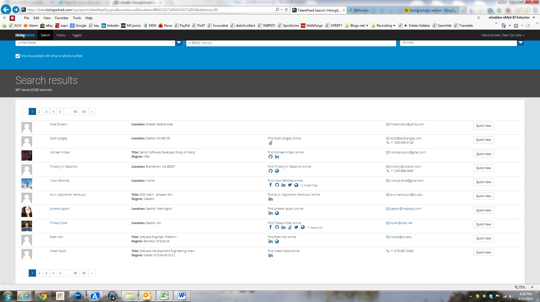 For example, when performing a search for Java Developers within 50 miles of 98042 – my hometown of Kent, Washington, a radius that includes the greater Seattle area – I received over 99 pages of results.

At 10 results per page, that’s a lot of possibilities – even by the standards of a town that boasts the global headquarters of some of the world’s biggest tech employers, like Amazon and Microsoft.

This is interesting, because despite LinkedIn’s complaint, not all of profiles returned in the search results were populated with information pulled from LinkedIn, which is easy to see since HiringSolved clearly shows the social sites or sources of potential candidates (see screenshot), which extend far beyond the ubiquitous (and litigious) “professional network.”

As you can tell, from the first page of results alone, fully 30% of the profiles (3 out of 10) did not include any LinkedIn information whatsoever.  Which, according to Matt Ekstrom, Chief Revenue Officer at HiringSolved, is part of the product’s inherent appeal.

When contacted for this article, Ekstrom told Recruiting Daily:

“We are not trying to resell a replica of LinkedIn profiles.  There is no value to the customer.  Rather, we provide wherever we can a holistic approach to who this person is and how they can be contacted.  We have no limits to where we find data except pay walls, and to date we’ve found roughly 40+ contact vectors.  We also have other sites and repositories coming to us asking us to index their information because we augment what they have and drive traffic to their site since we attribute the source of information.”

No matter what the source of the information, I found it extremely interesting that their results almost unilaterally include either an e-mail address or phone number – here, the tool delivers as promised.  What’s even more promising is a unique feature, which is visible in the first screenshot of the interface, that recruiters or sourcers can upload a candidate’s resume or social profile and have the system search for and return similar profiles, essentially automating candidate slating and pipelining.

What better way to find your next top performer than by searching the deep web against the ones already in your organization?  I tried this feature several times with several different searches, and was impressed at its extreme accuracy – big data at its best.

While the company will be rolling out new pricing this month, citing “major changes on the horizon,” for now, HiringSolved licenses cost between $199-$799 a month, which also comes with a Risk Free Guarantee, meaning that HiringSolved has the ability to reap major rewards without incurring the risk often associated with point solutions or sourcing tools.

The bottom line: I was extremely impressed by Hiring Solved, and it’s a great tool for sourcing candidates effectively and efficiently.  It makes the process of sourcing seem simple, and allows you to not only easily find talent, but also, the information needed to engage them via phone or email to actually transform contacts into candidates.  Which is what great sourcing tools are all about.