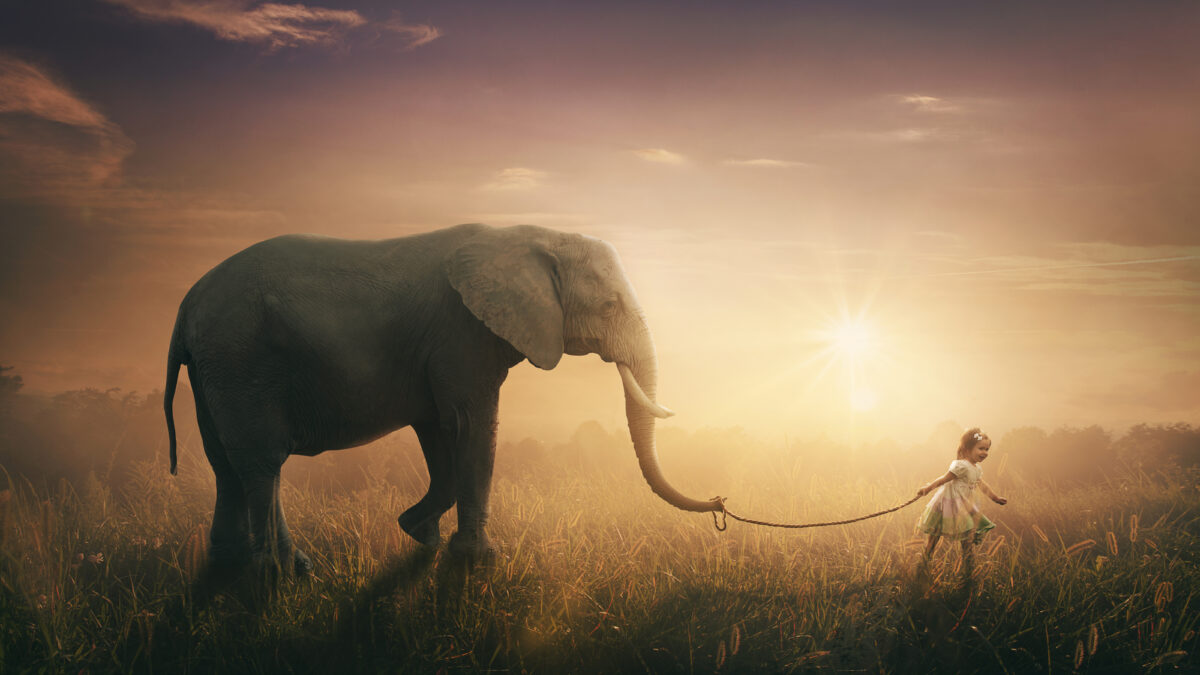 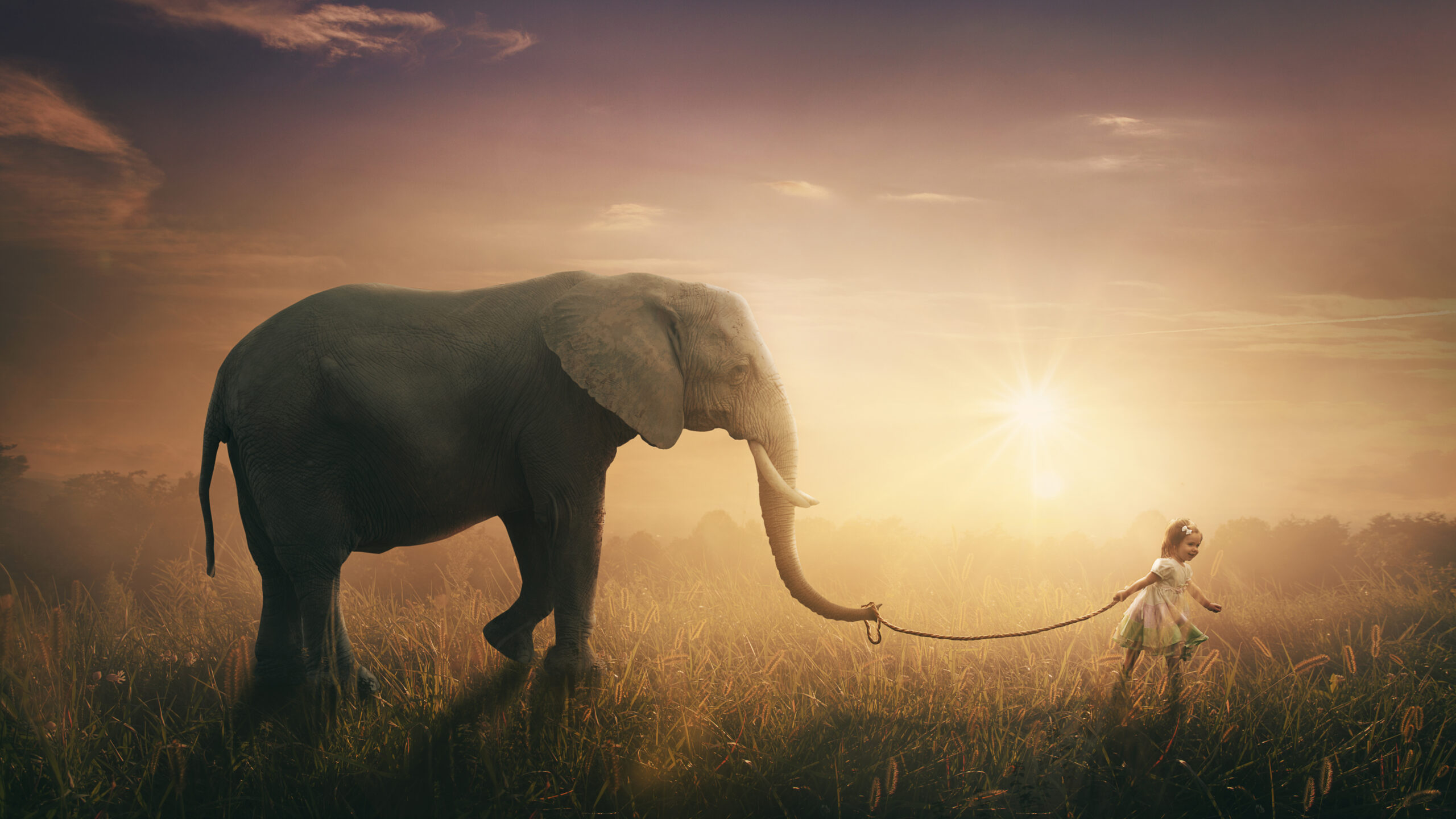 Find out where people are coming from

to get them where you’re going

Suppose you were caught on the edge of a cliff, being pursued by an angry elephant. Would you stand and fight? Or jump off into the abyss? If you’re like most people, you’d choose the elephant. When faced with a choice between the known and unknown, humans cling to the information gained from past experiences. This has allowed us to make reasonable projections and act accordingly. But it also makes it difficult for us to accept change.

When you roll out a new initiative or IT solution, then, you can count on some folks to resist it. It’s easy to write off change-averse people as timid, or stubborn, or old-fashioned. But you’d be missing out on the why. If you want to get around roadblocks to change, learn why they were constructed in the first place.

What Is Cognitive Bias?

The human brain’s creative side may mislead us into thinking that we have the power to dream up novel scenarios or make wholesale leaps of faith. But the truth is, people can only operate from information they already have. We learn new things all the time, but we can only make sense of them based on what’s already in our memory banks.

This is why “the devil you know”—in our case, the elephant—usually wins over the unknown, or whatever lies at the bottom of that cliff. There may be a lovely oasis down there, with a soft mattress to break our fall. But because we know that elephants like peanuts and drink with their trunks, we’re more comfortable jousting with them.

In the office, your coworker Jean might not know why she doesn’t like the idea of the new computer program. She might not even have liked the old one that much, but was able to find work-arounds for its bugs. The new one, she supposes, might be worse. Or, maybe she thinks the boss has decided she is inefficient and wants to replace her job with automated software. No way is she on board with that!

Assumptions, misinterpretations, fear of what we don’t know … all of these reasons to resist change come from having too little information. Cognitive bias lets us sidestep the decision-making process by assuming we already know the answer, or by supposing that the answer will be negative. Add an emotional element, such as being goaded about her viewpoint by Brian in the next cubicle, and you’ve got even greater resistance. The antidote, then, must be the accurate presentation of information—and, perhaps, a little smoodging.

How Can We Overcome Opposition?

The first step is to remove resistance from the realm of the personal. Jean is a problem. Jean’s a Luddite; she hates change of any kind. These are uninformed biases themselves. Placing people in limiting boxes increases the odds of their fulfilling our low expectations. So, before individuals can raise their shields, give them the data and guidance they need to understand the what and why of any change to come.

In fact, before rolling out your new initiative to the whole group, approach those with a natural affinity first. Maybe Brian has a knack for database management. Enlist him to train on the new software first and to mentor the rest of the department when you unveil the new system. Let him know that you want to set an inviting tone, to pull others on board and get them up to speed. He’ll be less likely to snipe at Jean.

And remember, what we see as opposition may just be hesitancy. We aren’t all on the same “clock” when it comes to accepting new things. If you know that someone considers themselves to be “not tech-savvy,” take some extra time to ease that person into the new routine. A little one-on-one with Brian, enhanced by some tasty snacks, might win Jean over.

Relevant information presented in a diplomatic and positive light can work wonders to circumvent cognitive biases. What if, as you rushed toward the cliff with that irate elephant at your heels, you read a sign: soft landing and free cookies, next exit? Now you can make a real choice. You can jump, or you can step aside and let the elephant take the fall.

Chris Dyer is a recognized performance expert. Constantly intrigued by what makes some businesses and individuals more successful than others, Chris has dedicated years of research to uncovering what drives productivity and profits. As a sought-after speaker and consultant, Chris works with leading organizations to help them transform their cultures to boost performance and gain an even greater edge in the marketplace. A certified SCRUM Master, Chris is highly adept at helping teams work through obstacles and find solutions quickly and effectively. He leverages this experience in all aspects of his work. Chris is the author of The Power of Company Culture, which was released in 2018. He is also the Founder and CEO of PeopleG2, a background check company that has appeared on the Inc. 5000 list of the Fastest Growing Companies. A passionate talent management enthusiast, Chris is the host of TalentTalk, a popular business podcast that features interviews with top executives about their strategies for hiring and promoting talent. Chris strongly believes in community involvement, and he is active with a number of organizations. He regularly serves as a judge at entrepreneurial showcases and contests, such as Miller Lite Tap the Future. Additionally, he runs two book clubs for Senior Level and HR Professionals in Southern California. Chris also serves on the board of Working Wardrobes, a non-profit organization that empowers people who are overcoming difficult challenges, such as abuse or homelessness, to confidently enter the workforce and achieve self-sufficiency. In his free time, Chris enjoys traveling with his wife and kids and playing live music with his band. He resides in Orange County, California.