Blindsided: The Consequence of Talent Mobility 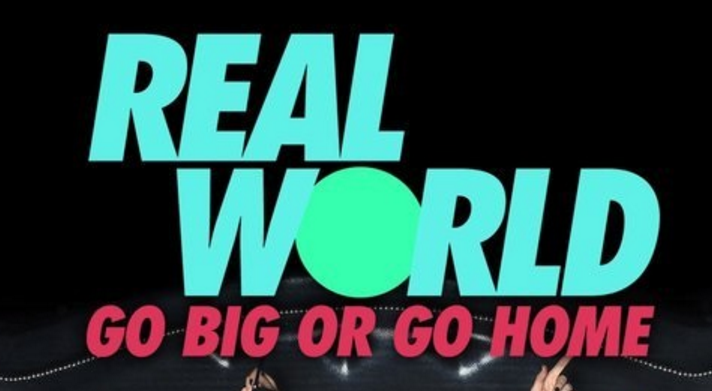 I have always loved the MTV show The Real World, and it had been a guilty pleasure of mine right from the beginning of the first show all those years ago. If you don’t know, it’s a reality show that takes seven strangers with wildly different backgrounds to live together and often work together , too. As you can probably imagine, working and living with 7 strangers makes for interesting TV. At least to me.

The problem is they are not real with each other in the way you think. They are, themselves, real, but the producers manipulate them and casting directors to cast the unfortunate cult of personalities that they knew would be, shall we say, uncomfortable with each other. The legitimacy of the show is compromised, but they were making good television and getting the ratings so when the money rolls in who cares, right?  I joined a company a few years back as a senior recruiter that made me feel like I was a new cast member on the Real World.

No, I’m not going to name names, even though this went down a long time ago. I’m getting a little tired of being threatened with lawsuits from my writing.

I was miserable at my previous job so when a good friend and someone I not only respected but admired, called and said he was looking for a senior recruiter at a small but growing firm, I was in. I sent him an IM (instant message for those under 30) telling him I was interested in the role. I know IT quite well and thought this would be, for lack of a better word, a partnership made for the ages. He had two recruiters already – one, a pretentious older woman desperately holding on to the last days of her youth and beauty. The other a conceited young girl with more attitude than chops in the business world. She needed training but like most millennials, she was a special snowflake and there is no getting past that. The guy I really respected, let’s call him David, was frustrated. He didn’t have a team that could hire but he insisted he could make it work.

I went in to an early interview with the COO where he was very honest. He told me that he was not sure if the company really needed a fourth recruiter for the volume of hires. The real problem this fourth recruiter would have to address was that they were not filling the roles they needed to fill. He thought the team needed some new energy and that they may need to replace people. This is a warning flag. At this point, I should have known that I was entering the pit of despair, but the pit I was in was already devouring my soul. So, in my desperation, there was blindness.

I was hired, however, Dave and I were apparently the only ones excited about this move. The rest of the so-called “team” saw an outsider that they did not want, come in and upset the old apple cart. They barely tolerated Dave, and now Dave was bringing another unwanted outsider to the circle. If this happened on the Real World, I imagine everyone would be sitting on the couch staring at the “new guy” while they showed highlights of confessional tapes about how this person was invading the house.

It had only been about three months of searching for candidates and I was having the hardest time with hiring managers. You know the ones. They have big egos and trust only themselves. They believe they’re never wrong and let it stand in the way of making decent choices. These managers in particular, fiercely protected their egos so they wouldn’t look bad to the upper echelon types. They’ll throw anyone  to the wolves to be able to run away and gain another day of anonymity.

The worst place for leaders like this? HR, of course. They have the power to hire and fire and when you don’t fit and are wanted out, HR has a surefire way of getting you out. And then I pissed off HR.

“Sometimes the wrong choices bring us to the right places.” ~Unknown

My nemesis was the new Sales Manager who wanted an assistant and her open job would eventually be the seal on my termination letter. Personally, I think this woman watched the movie The Devil Wears Prada too many times. She was the epitome of being tough to prove she could do the job. She even tried to do my job at one point, scheduling a lunch and learn for managers on how to write a good job description.

I still giggle about that.

Her own job description was awful. The role was a good one actually, and it had growth potential. The young girl at the front desk had done this role with no real growth path to anything other than dying on the vine. She was smart, capable, and after me telling her about the role, excited about the growth potential in the company. Personally, I see no problem with talent mobility but apparently this was breaking a house rule.

The catch is that Kaila, the receptionist, reported to HR. That gave her some power trip and being in her early 30’s with three employees, she felt that this was her domain. She was mad that recruiting did not report to her, too. I don’t know if it was that or she was sniffing glue but recruiting Kaila gave her juice, and she was going to use it against me.

Maybe she was unhappy that the young girl was, young. She knew everyone in the company and was liked by nearly everyone. She was smart, hungry, and knew the business. She was perfect for the role, and I never say that. However, she was in her place. When the other so-called team members heard of what I had done, they gasped at my stab at talent mobility. The pure audacity was almost tantamount to heresy in their eyes.

David tried to calm the situation thinking, like me, that this wasn’t such a bad idea. The front desk position could be filled with a temp and would give Kaila a career path. This apparently fell on deaf ears and hardened hearts. Oh how I have seen this too many times in this industry.

A few days later, while David was in yet another meeting, I was summoned to the main conference room. Once inside, I saw the HR lackey in training along with the HR lady that summoned me in. They were sitting there staring, obviously nervous. I was being ”let go” as they felt, or better she felt, that I was not working out. The reasons were this: I was not working hard enough on the assistant role, but rather pushing for an internal candidate that was obviously the best choice. This company was always talking about mobility, but it was a sham. It was just another shade of lipstick for the pig in the room.

Good riddance, I say – but I advise you to consider ego when people are fighting talent mobility.

Editor’s note: Speaking of talent mobility, we’re doing a webinar for Rolepoint one week from today. We’ve asked Michael Goldberg, Director of Talent Acquisition at the American Heart Association, to share how he’s filling over 40% of open roles with his talent mobility program. This is a real case study into the how behind a successful program, not just defining the model we all know about. Click here if we’ll see you next Tuesday.