Membership
Home / Articles / Are You Not Entertained? A Collapse In Recruiting Events.

Are You Not Entertained? A Collapse In Recruiting Events. 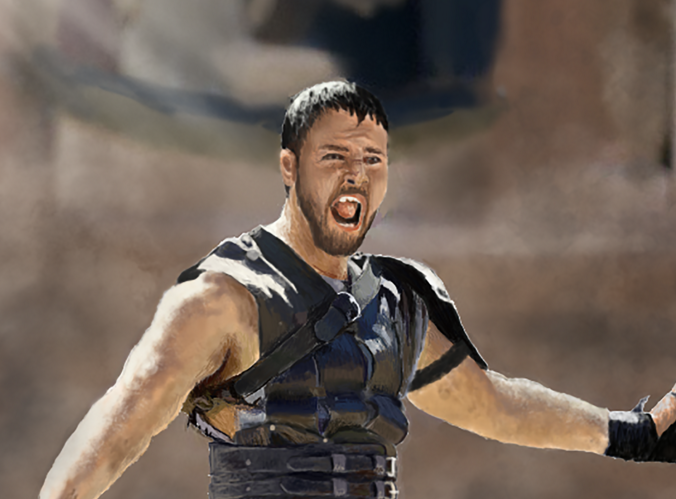 Famously screamed by Maximus Meridius in a coliseum full of dirt and blood in the film Gladiator, yet I wouldn’t be exaggerating if I said it’s exactly how I felt after a recruitment networking event.

I know, I know, you’re rolling your eyes right now and thinking ‘really?’, but think about it. The typical recruitment event is the time you have to step into the hoopla and perform like some kind of deranged circus clown, either because you’re desperately trying to sell something, or because you’re desperately trying to work some kind of tangible ROI from the event so you can justify to your boss spending an entire day unchained from your desk, and away from the billing boards.

We’re forced to perform, whether we like it or not, and mostly, for the benefit of others. It’s dirty, cheap, won’t make you feel special, and you’ve done it all while feeling distinctly uncomfortable. By the time the last speaker wraps up and the beers are rolled out, you feel like screaming at the top of your lungs ‘ARE YOU NOT ENTERTAINED’. Either to the group of people you’ve been trying to create ‘authentic’ connections with, or your peers who you’re supposed to be entertaining with funny yet insightful anecdotes from your latest recruitment challenge, while always ‘adding value’ to the conversation. You thought I was being dramatic, but when you think about it, not so farfetched.

My gag reflex, while exceptional, just can’t stomach the idea of recruitment networking events any longer. At the very thought of them I can feel the bile rising in my throat and I want to start vomiting up the disgusting buzzwords that are being thrown around because actually, the universal truth that remains is that networking events universally suck.

I don’t care how good the person hosting it is, or how many amazing freebies there are, forcing stale coffee down your throat while you attempt to hold your conference agenda, free pens, mobile and business cards in one hand, and simultaneously shake hands with the person opposite you, is never going to be fun. Not to mention, the hovering that you do as you stand, pretending to read the conference agenda, when really, you’ve memorized it and come to the conclusion you don’t want to go to any of the sessions because actually, they’re not that relevant and you may even know more than the session leader. It’s at this point that the name badge you were forced to stick into your chest at 8:30 this morning is really starting to rub, yet with full hands, and the additional stress ball freebie you’ve just been given, you can’t do anything about it. Plus, the next session is about to start and someone with an ear piece is unceremoniously ushering you into the freezing cold lecture hall.

By the time the day is done, you’re left with a handful of business cards, none of which you remember the faces that gave them to you, and an inbox bursting at the seams as you realize that actually, that wasn’t worth taking a day out the office for and because of all the conversation you’ve forced throughout the day, your jaw hurts and you’re contemplating life in a convent.

I Am Not Entertained

Basically, I’m just not a fan. I’m incredibly outgoing and have no problem conjuring conversations out of thin air, but even I stand on the periphery of networking events, utterly uninspired to talk to anyone. I don’t know whether it’s the name badges or the fake smiles, but something kills all my creativity, buzz and desire to interact with other humans. Which is insane, because the entire concept of the networking event is designed to do the exact opposite.

I stood at a recruitment event last week, bored to tears and wondering where an industry who’s commodity was people, managed to get it so wrong as people. We had utterly failed. Something had to give, because the inane shit we went through every few month at the ‘great value events’, just wasn’t going to cut it anymore. This couldn’t be it, because ultimately, no one was entertained. We were all giving blood, sweat, tears and time and for no gain and all the pain. (I’m pretty sure there’s nothing as soul destroying, or as painful, as standing in a big old hall with hundreds of people wondering which one you should be talking to for ‘optimal value and ROI’).

No Suit, No Buzzwords, No Problem

Then something did give, and it came in the form of #TruLondon. A total newbie to the #Tru events, I trotted along with my usual preconceived notion and ready to spend the day feeling marginally uncomfortable and mostly bored. Instead, I was thrown into a load of rooms with stuffed animals (way better than the usual stuffed people), not a suit to be seen in sight and apparently, no one stood on ceremony. At all! I distinctly remember standing at 10am on a Monday morning with a group of utter strangers I had just met as we all laughed raucously about the ‘glory hole’. (If you don’t know what that is, we probably won’t be friends anymore). People didn’t sit quietly while someone on a stage flicked through a PowerPoint presentation originally made in 1999. People definitely didn’t hang around the edges waiting for an opportune moment to dive into a conversation while smiling emphatically and pointing at their name badge. There wasn’t a name badge in sight. And it was a beautiful thing.

Instead, just a swirling mass of bodies and human behavior. Of everyone pitching in and discussing topics instead of your standard ‘thought leader’. It was people being human, and that’s when we’re best. When we’re being ourselves and not restricting our behavior or pretending to give a shit about topics we actually don’t care about. We’re all so busy standing on ceremony with one another, tripping over our ‘professionalism’ that we miss out on so much.

Recruitment networking desperately needs to take the stick out of its ass and create more events that celebrate collaboration and everyone’s voice. Events that encourage everyone to chill out and calm down, and most importantly, events that let us be human again. We’ve lost that, and it’s sad, because when we just relax a little bit and allow ourselves to be the people we really are, networking events are wonderful places. You meet people who think like you. You meet people who don’t think like you, which is even better. You learn things. You change perspective. You enter different spaces. You change perspectives all over again, and above all, you make friends instead of contacts.

Salma El-Wardany, Head of Marketing, Recruitment Entrepreneur cut her teeth in recruitment at a global Plc, working in business development to win new clients and accounts into the company. She gave up corporate life in favour of the startup world, specifically recruitment startups.