Membership
Home / Articles / A Rising Tide Lifts All Ships, but Not You Rachel. You Need to Go Away.

A Rising Tide Lifts All Ships, but Not You Rachel. You Need to Go Away. 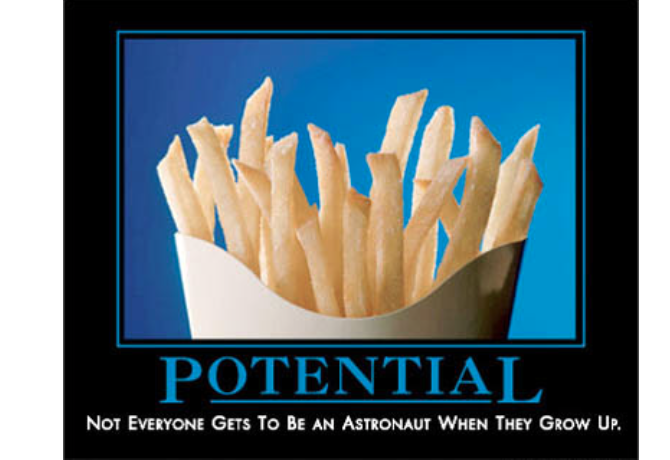 When I was a district manager, I honestly believed I could develop anyone. I believe in people. I believe in potential, I believe in Harvey Dent. Wait, that last one was Batman. But I believe in the Dark Knight too. I remembered my overlooked peers from before my promotion, talented people, but they weren’t the golden boys or girls that my DM preferred for one reason or another.

One of the first promises I made to myself when I became a district manager was that I would not lie to my team, even if it meant telling people some harsh truths. It is a choice you make, you can be brutally honest but you can also be honest without being brutal. As a manager there are some employees who fall off the path and others who are pushed off. No one wanted to spend the time to develop these forsaken employees. At the time these workers were hired, they were hired because someone believed in them and thought they would be a good fit for the company.  I put a lot of myself into my team. I was slow to give up on people. I had the feeling someone believed in them when they were hired and now my job was to develop them.  I guess I thought I was the US Army Rangers of district managers following a motto of no man left behind. Maybe I had seen Black Hawk Down too many times.

It’s Not My Job

In my experience, few employees come in giving 100% off the bat. My job as a manager was to develop and squeeze every bit of what Rachel could do in a day, so that less of her work would end up on my responsibility plate. Rachel not being a great worker didn’t give me a pass from my supervisor to not have my duties complete. So it was in my best interest to develop and train Rachel and James to their full potential.

For the moment we’ll skip over the setting expectations and holding people accountable part and talk about motivation and inspiration. Now, my workforce was predominantly made up of teenagers, college students, and recent grads and trust me, if you can find a way to motivate and connect with the youth, you can do anything. You know that teenager  you can’t get to make his bed or put his dishes away? I had to motivate him to clean bathrooms, be friendly to ‘old people’ and stop flirting with every female in the mall – I sympathize.   Developing, coaching, and leading millennials and Generation Z feels a bit like second nature to me at this point.

3 Types of What Now?

As a manager and a district manager, I found that there were three types of workers who each needed to be motivated in different ways. I wouldn’t say I was inherently a better district manager than my peers but I could often get the desired results faster because I was quicker to adjust my tactics and move on from there.

Positive reinforcement workers to me were like flowers that needed to be watered. It’s not important how many times a day they needed to hear words of encouragement if I was doing Rachel’s job, it is about her. If she needs to hear it 20 times and it takes me an extra 10 minutes a day to encourage her to complete her tasks to my expectation, that’s a fair trade in my book. No one tells an orchid, “sorry guy you get the same amount of water as the cactus, no more, no less.”

The negative reinforcement workers weren’t necessarily bad people in my book, they just needed clear deadlines and explicit direction; if I gave them any wiggle room I could expect trouble. These workers tend to need a fire under their ass to get things done. The work could still be great, but you have to know what to expect from the outset. If it takes 2 hours to create a schedule for the following week, the negative reinforcement worker needs to hear, “Make your schedule from 1-3pm today. Email it to me when complete and I will send you any edits within the hour. Fix those and have it posted by 4pm today.” No wiggle room. No misunderstandings. Basically, a lot of micromanagement until you spend time developing them.

The third group is what I called the neutral proactive worker.   Even though I barely passed the cub scouts, I like to think of myself as a boy scout – do the right thing because that is what you are supposed to do. I always thought of myself as one of these workers. When I get an assignment, I complete it to the best of my abilities. These workers were like gems to me. Rare. Few and far between but they make your interactions with them enjoyable.

Square Peg Won’t Fit in the Round Hole? Grab a Hammer.

Now part of your problem was learning to identify which worker you were dealing with because using the wrong techniques to motivate a worker leaves much to be desired.   Take all the structure a negative reinforcement worker needs and put it on a positive reinforcer and they’ll crumple like a deck of cards, where with encouragement these guys will voluntarily move mountains for you stone by stone. Flip the script by cheering on a negative reinforce and James is likely to kick his feet up all day and not get anything done until it’s absolutely necessary.  As for the proactive neutrals, you blow smoke up my ass saying lots of positive remarks, I’m likely to think you’re afraid to ask me what you really want which I find annoying and you can yell at me all day, it doesn’t really bother me but it’s also not the strongest motivator.

Now full potential can be tricky. As I said before I don’t believe that all workers inherently can or will give you 100%. That’s part of the reason that I liked to hire athletes or people who have had to work towards some big goal in their life because they know what it takes to compete and win. They understand how important giving every bit of effort can be.

If I had someone who at their best would only give me 50%, I would figure out which type of worker you were and motivate appropriately, but you had better believe that I documented each issue so when the time came, I could find someone better –  Mama Fogel didn’t raise a fool. I used that process to hone my teams and develop my bench. In my tenure as a DM, I was able to consistently promote more future leaders, including several up to my district manager level, than most of my peers.

Now back to today. Coming out of the recession circa 2008 with development dollars being spread thin, a lot of companies chose to focus their spend almost exclusively on high potentials and leadership. Which can make sense in some situations, but that is not always the case. Picture being a pirate captain and spending all of your time developing your first mate at the expense of your crew. If your crew isn’t prepared or developed properly to do their job, you’re screwed. Even worse you could find yourself with a mutiny on your hands.

If we look into today’s workforce we see some warning signs we should be aware of. Glassdoor just released the results from their latest survey on Employment Confidence, and with that report comes some eye opening statistics:

The market is changing and with those changes comes evolving expectations from your candidates and employees. Again from Glassdoor’s research:

To recap – it’s 2015 now and we have a lot of middle and lower tier employees not receiving development, everyone is expecting a raise this year and if they don’t get one, they’re going to peace out. And this shouldn’t come as a shocker but when they do leave, what do you think they will have to say about their experience? Whatever it is I promise you it will probably end up on your company’s Glassdoor page.

About the Author: Daniel Fogel serves as the VP of Content and Community for Recruiting Daily, bringing 10+ years of experience in both the HR realm at large and talent acquisition specifically. Previously Director of Digital Content Strategy at HCI, Daniel builds communities and relationships organically through crafting thought-provoking content, networking constantly, and connecting people and groups to common purposes and goals. Don’t be surprised if you see emails from him looking to chat.

A well travelled and culturally savvy foodie, you’re likely to find him on his fourth coffee of the day discussing how candidate and employee engagement go hand in hand or why storytelling needs to be key in your employer branding.