5 Ways To Build Your Niche Network

Niche recruiting is nuanced, to say the least, I’ve gotten a good laugh with people who tell me healthcare recruiting is the same as recruiting for any other field more than a few times. From the outside looking in, it might seem like any other kind of recruiting, but there are some surprising nuances.

I became a healthcare recruiter in November of 2012. To my surprise, it was a lot more challenging than my previous recruiting.   It’s not so much that healthcare is harder to recruit for, but I had to rebuild my entire network because healthcare talent is drastically different than Engineering, Finance, Legal, Tax & Payroll talent. Healthcare recruiting for a faith-based, non-profit organization, such as the one I work for, has a steep learning curve because many of jobs we hire for are not found in corporate, for-profit, organizations. The nuances of both combined to one hire is one hell of a challenge.

I didn’t have the option to rely on LinkedIn for this one. To really get it right, I had to understand the interest of the talent I was sourcing – figure out where they read online, what they like and where they look for jobs. It’s tough when you’re not a clinical person, like me. I’m the type who always stayed as far away from hospitals as possible; I never did like that hospital smell and refused to be around blood or surgical procedures, so becoming a healthcare recruiter was a big stretch for me and a little intimidating. Where would I go to find information without grossing myself out?

In my first year as a healthcare recruiter, I recruited addiction counselors, social workers, bereavement counselors, chaplains and “no one dies alone” coordinators. I never knew half these jobs had existed before I started recruiting for them. My initial thought was “Where do you find these people?!” They weren’t on Linkedin; that’s for sure. So I started searching.

After a year of recruiting for non-clinical positions, I made the transition to recruiting for clinical/allied positions. For the past 3-years, I’ve recruited for Diagnostic Imaging, Respiratory Care, Cardiology, Oncology & Echocardiography.   I recruit for Technologists, RN’s Supervisors and Directors within each of these specialties.   When I began recruiting for these roles, I had to build my network again because I could not rely on Linkedin for my sourcing and recruiting efforts to fill these roles.

To seek out the talent, I had to do some deep sourcing and ask a few favors.

We recruiters aren’t always going to be subject matter experts on every job we recruit for.   However, our duty is to immerse ourselves into whatever industry and jobs we are recruiting for in order to gain the respect of those in a particular industry/field. 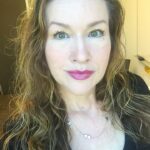 Terry Hall is a Senior Recruiter at Providence Health & Services, which is headquartered in the Seattle-Metro area.    Terry is a Marine Corps Veteran and has over a decade of recruiting experience, starting her career in agency recruiting running a desk for Select Personnel and Manpower Professional Finance before making the move in-house, where she has held strategic talent roles for Washington Mutual Corporate Human Resources, Amazon, and T-Mobile.