Membership
Home / Articles / Don’t be an (ID)IoT: 11 Programming Terms for Recruiting the Internet of Things.

Don’t be an (ID)IoT: 11 Programming Terms for Recruiting the Internet of Things. 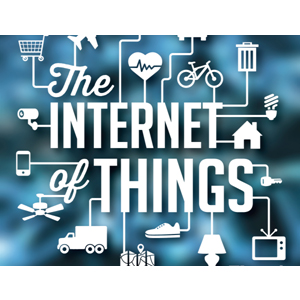 The future of STEM careers can be found within the Internet of Things (IoT). So maybe you’re thinking “what the IoT is IoT?” If so, you’re not alone.

To explain, for those who who don’t geek out on tech recruiting and are not yet familiar with IoT, it’s the ability to connect any device to the cloud and control it online.

The bottom line is, everyday devices are collecting more data points and getting “smarter.”

The catch is, as our devices are getting smarter, we need smarter people to create and develop them.

So why should recruiters care?

Because an entire new industry of hard-to-find developers is rapidly growing and any smart recruiter knows, that’s a business opportunity waiting to happen.

“The Industrial Internet (of Things), this latest wave of technological change, will bring unprecedented opportunities, along with new risks, to business and society. It will combine the global reach of the Internet with a new ability to directly control the physical world, including the machines, factories and infrastructure that define the modern landscape. However, like the Internet was in the late 1990s, the Industrial Internet is currently in its early stages.”

Think about this: half of you don’t even know what the Internet of Things even is and I found over 2,000 open positions.

Why The Internet of Things Matters for Recruiting.

Still not sure what all this means? Well, good thing for you – Mashable created this mini-introduction course .

Right. It’s time we started adding IoT specialities to our repertoire. Our first stop in beginning to recruiter for IoT developers is to understand their code. Here is a list of the most common programming languages used in “Things Speak” you should familiarize yourself with.

Utilized by the Apple operating system, Objective-C is a object oriented versatile programming language. It is the power behind  Apple OS X and iOS, as well as the application programming interface (APIs). There is a huge recruiting gap for the demand of this language.

One the most wanted programming languages, Java is the standard for businesses’ software, websites, games, mobile applications, and Android operating system. Java is created to work for applications written on Mac and Windows.

Spoiler alert – Java and JavaScript are not the same thing.  The two languages speak to each other, for example, some libraries can be used by both, but they were developed separately and share no syntax or semantics. JavaScript is a scripting language that runs on the client.

Python is a high-level scripting language primarily for webapps. It’s considered as a clear and easy language to learn for beginners because of the short, easy understanding syntax.

Ruby is an object-oriented, dynamic scripting language for mobile web pages and apps. Web sites including Scribd, Github, Groupon and Shopify all run on Ruby.

Looked at as an alternative to Java, Go was developed at Google. “Go combines the development speed of working in a dynamic language like Python with the performance and safety of a compiled language like C or C++.”

Rust developed at Mozilla,  is an open source project that is evolving quickly. The primary use of  Rust is to make it harder to write the kind of security-compromising bugs that are abundant in C and C++

Parasail is a compiled, object-oriented language that has evolved so that it can be programmed with syntax that looks like Java, Python, and C#.

B# looks a bit like C#, but it allows for real-time control functions relevant for IoT development.

You’re welcome. Now don’t go out there sounding like an Id(IoT.)