Yammer your way to Success 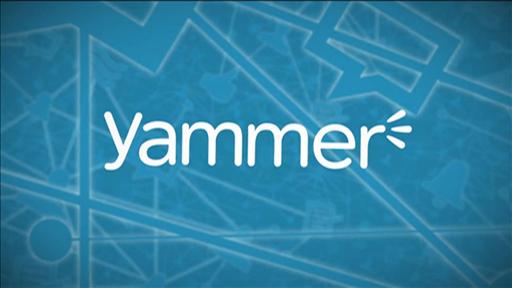 Spending a lot of time researching technology and how we can better utilize their offering in the recruiting space has become more than just a hobby to me. It’s rapidly becoming my job and one area that I see across most companies I work with is the ability to communicate effectively throughout their organizations.

The same was true for my employer. Sure we have cascade meetings, and information is readily available at most corners we turn, but I wanted to see more. I wanted to a tool that would allow me to communicate with colleagues in our Shanghai office or understand what they are doing…just because. Twitter can accomplish this to the masses, but I wanted an internal application that would cover us at all ends, from communications to private networks to non searchable comments to the general public.

Enter Yammer: In no way is this brand new, in fact I created our Kenexa Yammer account nearly 6 months prior to the first user signing on. But now that the powers to be see the value, it’s spreading like wild fire. It’s exciting to see the leadership of Kenexa embrace such a great idea and show that they “Get it”.

Yammer was developed explicitly for organizations to communicate internal in a secure and private setting. In essence Yammer creates a private social network for your company, accessible only to those with your companies email address. The real value here at Yammer is the ability for project groups and employees globally to connect collaborates and share knowledge in one space. With the ability to upload files for other team members to view you have essentially built out your own private workspace

The interface is identical to Twitter with the Yammer brand and runs nearly the same. From status updates, replies, and DM’s the flow is the same with the advantage of groups, groups within groups (private project spaces) and the ability to upload and cascade files to the team and company as whole. 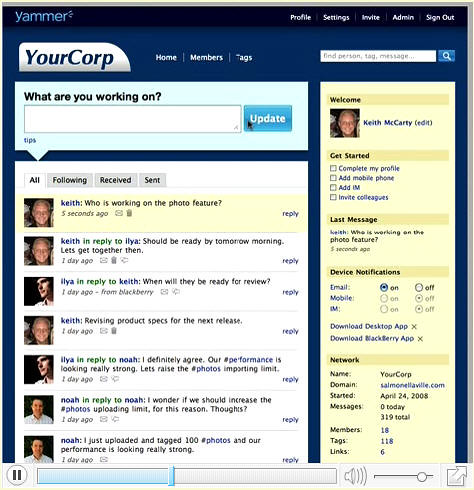 I’ve begun to wonder if expanded on properly will Yammer replace forums or interest groups as we know them to be today. Maybe. But my guess would be that we won’t see this anytime soon.

So how does Yammer compare to Twitter? It doesn’t. They are different. Yammer’s focus is on corporate entities and has options that allow it to monetize; Twitter has yet to establish its true focus or any true viable plan to monetize. Don’t get me wrong, I love Twitter and I must admit, I think I might need rehab soon, because I am addicted.

You can read some of my Twitter postings on Recruiting HERE.

But here’s how they measure up to each other:

It’s an interesting tool and I definitely encourage you to check it out with your organization. It’s viral and could be very productive. If you’re currently using Yammer let us know how and if it’s effective for you.

You can always connect with me on Twitter: @ryanleary

Manage your Lifestream in one easy to use location with AlertThingy!

So a little while ago I posted on Tweetdeck. You can read about it HERE. But what I think might even be better is AlertThingy. Sure they early ripped off the entire UI, style look and feel, but how often do you take brand name meds?

AlertThingy allows you to manage your lifestream in one easy desktop client. It runs in the background and really take no resources away form your system, so it runs smoothly and the results are great. Send your Tweets, Facebook updates, Upload to Flickr and play with bookmaking sites all from AlertThingy…Did I mention Yammer?

I still use Tweetdeck most of the time, BUT AlertThingy is surely winning me over. Check it out. It runs just fine with Tweetdeck installed. Well, at least on my system it does, so you might want to think about that on your own… 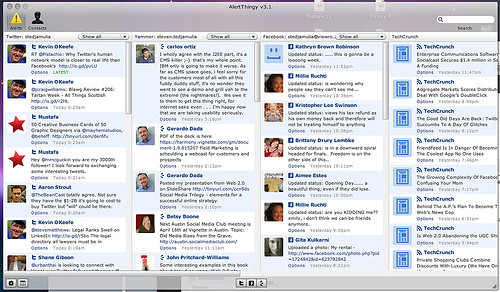